Aside from Lucas di Grassi  and Audi  Sport ABT winning the first Formula E race in Beijing, China over the weekend, it would have been almost unremarkable except for the last-lap, last corner collision between Nicolas Prost and Nick Heidfeld.  The spectacular crash was TV news worthy, and despite the initial friction during and after the crash, Prost and Heidfeld both sent mea culpa apologies to each other via social media.  Formula e races, so far, seem fairly civilized affairs.

35 of the other 40 starters, all essentially alike aside from their team paint jobs, crossed the finish line unscathed and having burned nothing but rubber during their 45 minutes around the 3.44 kilometer (2.13 miles) track.  Even the charger used to “fuel up” the racers burns pollution-free glycerin provided by Aquafuel, a British-based specialist in renewable fuels, according to Formula E Holdings.

Aquafuel explains that, “Glycerin is a by-product of biodiesel production.  For every 9 gallons of biodiesel, 1 gallon of crude glycerin is produced.  Glycerin’s density and high oxygen content offer the potential of exceptionally clean combustion, with much lower emissions than burning diesel fuel.  Aquafuel’s technology has turned that potential into practical reality.”  Glycerin can also be derived from animal fat in a rendering plant, rendering the plant into an essentially self-fueling enterprise.  Its promoters claim the fuel can be made from algae grown in salt or brackish water, and requires no otherwise potable water or necessary agricultural land – a huge benefit in the fight to feed everyone while still powering the world.

A single generator charges all 40 cars “from flat to full in 50 minutes and with automated precise power controls, can be relied upon to ensure no car is given additional power.”  This macro-battery management system ensures that all cars are indeed equal off the line.  Competitors need to manage their energy use, though.  One finisher lost out on a higher standing because of using two percent more energy than allowed for the full circuit.

The cars are serious competition vehicles, able to accelerate from 0 to 100 kilometers per hour (62 mph) in just three seconds.  Because batteries run down quickly under the extremes imposed by racing, each team’s two drivers also have two cars, and switch from the depleted vehicle of the first half of their run into a freshly-charged duplicate for the second half of the race.  This mid-race car swap is one of the quirkier elements of this new style of racing, but was chosen over swapping batteries – considered the riskier option by rule makers.

Because Williams joined the competition only 15 months before the series scheduled opening (the original supplier backed out), their 300 kilogram (660 pound) battery pack was a rush order.  It’s roughly the same weight and holds approximately the same energy as a Leaf battery pack at 28 kilowatt hours vs. the Leaf’s 24 kWh.  Since the Leaf pack can be replaced for $5,500, the Williams Formula E cells might be a little pricier.

The FIA (Fédération Internationale de l’Automobile) Formula E  web site lists maximum power as 200 kilowatts, equivalent to 270 brake horsepower, which in power saving race mode is limited to 150 kW, or 202.5 bhp.  In another quirky feature of Formula E, fans can vote for their favorite car or driver and allow boosts in power to 180 kW for five seconds.  The additional 30 kW (40.5 bhp) should be about like a kinetic energy recovery system in a “conventional” Formula 1 car.  Having its activation be spectator based will add an element of possible fickleness in relative performance between cars. 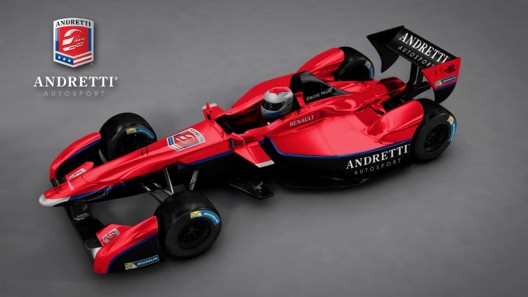 All the cars racing this season are the same Renault chassis vehicles with the same battery and motor limitations.  Season two will allow other builders to participate, and with modified rules, we might see a truly new racing technology.  Experience gained here will surely translate into lighter, more powerful batteries and motors that may find their way into future aircraft, with Williams already working with a British air-racing team.