The ancient mariner may have been surrounded by water unfit to drink, but the U. S. Navy sees its ships as surrounded by seawater that could be converted to fuel for its fleet or aircraft.

This long-time ambition is possibly being fulfilled by researchers at the U. S. Naval Research Laboratory (NRL), Materials Science and Technology Division, who recently flew a radio-controlled model airplane on seawater-derived fuel.

Dr. Heather Willauer, NRL research chemist, explains, “In close collaboration with the Office of Naval Research P38 Naval Reserve program, NRL has developed a game changing technology for extracting, simultaneously, CO2 and H2 from seawater.  This is the first time technology of this nature has been demonstrated with the potential for transition, from the laboratory, to full-scale commercial implementation.”  The process is able to convert the recovered gases to liquid hydrocarbon fuel. 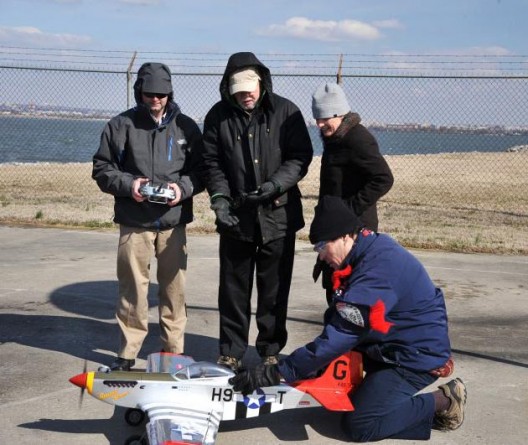 Dr. Willauer’s team recently flew a replica of a WWII P-51 Mustang in the red-tail colors of the Tuskeegee Airmen.  The craft’s two-stroke engine was an off-the-shelf, unmodified unit – just like the ones at the hobby shop.  Its “drop-in” nature means existing infrastructures can potentially make the fuel at sea, possibly using the available nuclear powerplants on aircraft carriers to provide the energy for the seawater conversion.

The Navy Times breaks down the steps involved in a simplified way: 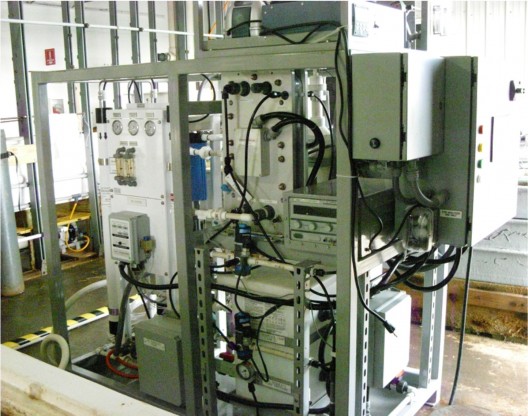 “Step 3: The hydrogen and carbon dioxide from the first two steps will be used in a catalytic conversion process. The end result is water, heat, and, most importantly, synthetic hydrocarbon, or fuel. Theoretically, the process could be tailored to produce any sort of hydrocarbon fuel, not just JP-5, according to the report.

“The leftover water and heat generated could be harnessed and recycled into the system, making it more efficient.”

As noted above, the process might use the nuclear power available on an aircraft carrier or submarine, or even the thermal differences between the warm water near the ocean’s surface and the colder water at greater depths to run the process.

The Navy Times article asks if the equipment necessary to process hundreds of thousands of ocean water each day could even fit on an aircraft carrier?  Their answer: “To be determined.”

Less tenuous, the cost per gallon would be between $3 and $6 per gallon, with the lower cost possible if all fuel is made at sea.  This cuts down the enormous costs of oilers carrying fuel sometimes huge distances to support the fleet.  Current JP-5 costs are about $3.51 a gallon before “burden” rates are added.

With a Navy lab in Key West, Florida testing a “lab-scale” catalytic reactor system as a first step toward commercial modular units, full-scale production may be just a few years away.