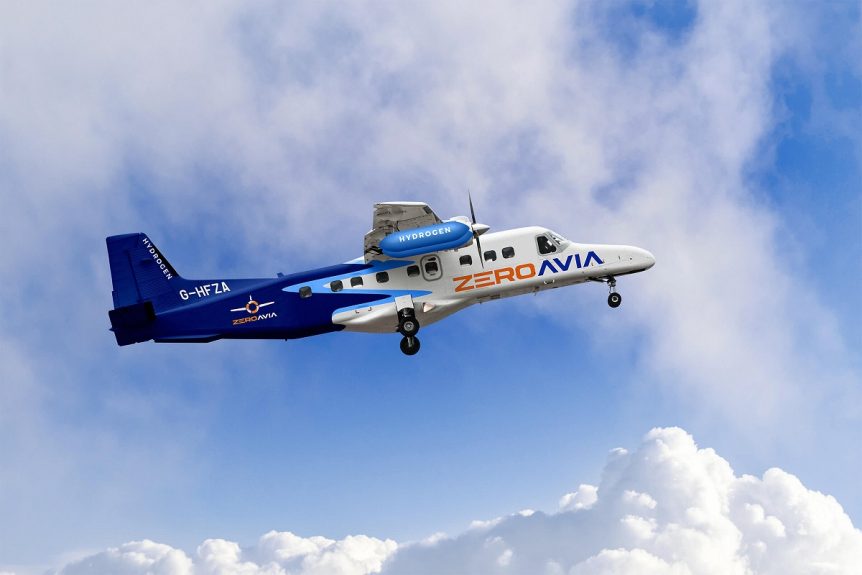 Two companies promoting hydrogen power for aircraft are upsizing their aspirations, with aircraft  hauling four to up to 40 passengers.  Both have ambitious timelines.

ZeroAvia, operating in Hollister, California and Cirencester, England has been flying a Piper Malibu demonstrator, but anticipates flying a 10 to 20 passenger Dornier by 2024.  It would expand that to a 50-passenger craft by 2026.  H2Fly in Germany has been flying their Pipistrel-designed HY4 for several years and through six generations. The firm looks forward to taking incremental steps toward a 40-passenger regional airliner by 2030.

ZeroAvia reports on troubling trends in aviation’s contribution to greenhouse gases, but follows with a possible solution.  According to their web site, aviation accounts for over 12 percent of total transportation emissions, and may double that by 2050.  High altitude contrails mean aviation emissions have two to four times the effect of ground source emissions.  Regulators want drastic changes.  The European Union mandates a one quarter the CO2 and one-tenth the nitrogen oxides from aircraft by 2050. ZeroAvia is focused on the short haul segment because half of emissions are from flights shorter than 1000 miles. 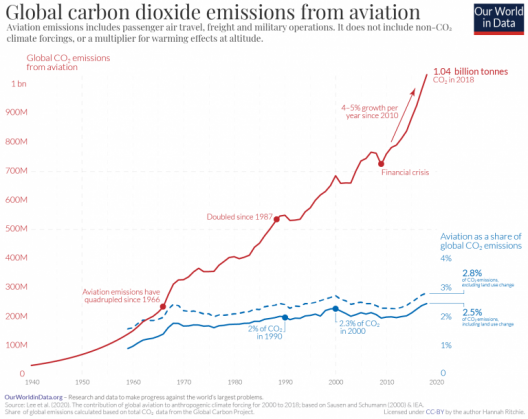 Short haul segment is most important to address: half of emissions are from flights shorter than 1000 miles. according to ZeroAvia

ZeroAvia’s solution is to create an ever-larger, longer-range group of aircraft to meet transportation needs at every level.

In a two-pronged effort, ZeroAvia is converting two Dornier 228, 19-seat aircraft to hydrogen power.  The company reports, “To continue the company’s trajectory toward zero-emission flight, ZeroAvia is ramping up its 19-seat aircraft program to decarbonize and revolutionize regional air travel. The company will utilize two twin-engine 19-seat Dornier 228 aircraft – one in the UK and one in the US, provided respectively by Aurigny (an airline on the channel isle of Guernsey) and AMC Aviation. Both aircraft were previously in service for regional flights in the US and UK, demonstrating the opportunity for carbon reduction on existing routes.”

ZeroAvia’s initial demonstrations using a Piper Malibu were dubbed HyFlyer I.  The new phase, HyFlyer II, is part of a program backed by the United Kingdom government to develop a hydrogen fuel cell powertrain.  Lessons learned from the first phase will be incorporated into development of a 600 kilowatt powerplant to be used in the 19-seat Dornier. 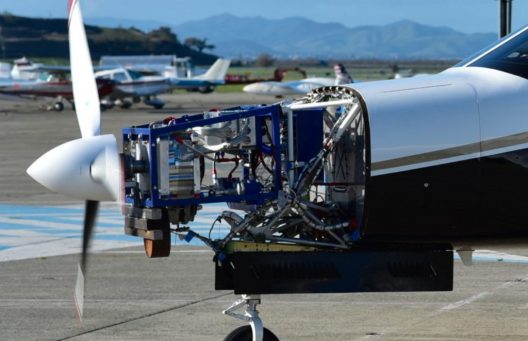 ZeroAvia’s drive train.  Twin units on Dornier 228 will be 600 kW (804 hp) each.  We look forward to getting more details on ZeroAvia’s H2 motors, which look different from more conventional electric powerplants

LongTailPipe. com explains, “It looks like immediately behind the propeller is an electric motor, with no gearing between the motor and the propeller shaft. Immediately behind that is what looks like an inverter (motor controller) with cables connecting it with the motor. I’m wondering about the color choices in the wiring harness, since I understood it is required to use orange cables for high voltage wires so that technicians know which cable is dangerous.

“Behind that is a blue box. Might that be the fuel cell stack?

“Besides the motor and the inverter, there are three or four major components that must exist:

Part of HyFlyer II, the second ZeroAvia-led project backed by the UK Government to target the development of a hydrogen fuel cell powertrain. “As part of HyFlyer I, ZeroAvia successfully demonstrated a 250kW powerplant in a 6-seat aircraft across three flight test campaigns, achieving all the project’s technical goals, including fuel-cell only cruise flight.”  Lessons learned from the HyFlyer I program will be incorporated in powering the Dornier 228s. 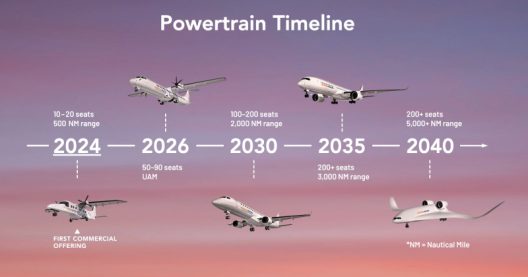 H2Fly’s 19-seat Dornier  228 will replace the two turbine engines with 600KW units of the company’s hydrogen-electric powertrain.   hydrogen fuel tanks eventually holding 100kg of compressed gaseous hydrogen to support the 500-mile range of the commercial offering in 2024. Additionally, ZeroAvia is progressing the software, hardware, mechanical integration, and fuel cell balance-of-plant to the certifiable state. The 6-ton aircraft will have a range of 500 nautical miles.

H2Fly is the outgrowth of work done by Germany’s DLR (Deutsches Zentrum für Luft- und Raumfahrt, or German Aerospace Center).  Headed by Joseph Kallo and using the Pipistrel G4 that had won the NASA Green Flight Challenge (sponsored by Google) in 2011.   the battery-powered G4 was converted to hydrogen powered HY4 and has gone through six iterations as a test bed for H2 aerial transport since 2016.  In one test series, it made 32 takeoffs in four days, showing the ability to refuel quickly. H2Fly reports that since then, “From 4th of November 2020 till 23rd of November 2020 the 6th generation of hydrogen powertrain made over 35 take offs, flying up to 2 hours per flight.”

From that well-tested beginning, H2Fly anticipates flying a series of ever-larger craft.  The four-seat Air Taxi, slated for 2025, would incorporate redundant H2 storage, 350 kilowatt (469 horsepower) motors (200 kW or 268 hp. at cruise), and a range of up to 250 kilometers (155 miles) within its 1.5 hours maximum endurance.

H2Fly’s ambitious plans somewhat mirror those of ZeroAvia’s, and both herald a cleaner future for commercial aviation.  With production of “green” hydrogen on a surprising increase and costs going down, future flight may not only be cleaner, but less expensive.