But it will be the Feuling Green Flight Challenger, an entirely new iteration of the Quickie “formula” if Gene Sheehan, Vic Turner, Luke Leatherman and Allon McBee have their way.  Created in the wake of the Vari-Eze’s and Long-Eze’s of the early 1970’s, the original Quickie was an 18-horsepower Onan industrial engine-powered irreducible flying machine with great speed for its low power and unbelievable fuel economy.  The team’s GFC Challenger is electric, and a far cry from its cast iron past – or the iron-horse Harley-Davidson motorcycles that are part of its surroundings. 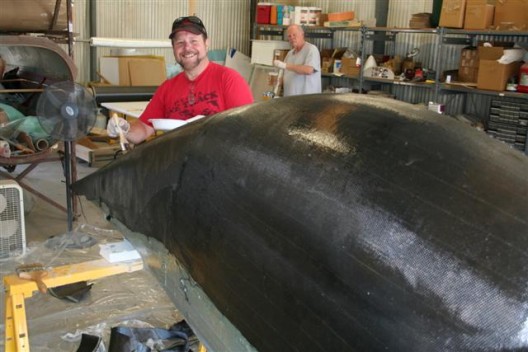 “Feuling” comes from the high-performance motorcycle and automobile developer who started the company bearing his name.  Jim Feuling had over 100 patents to his name, worked with the big names in the racing world, and created a 500 mile-per-gallon engine (at 55 miles per hour) for Honda’s streamliner and fielded a record-breaking motorcycle streamliner that clocked 333.847 mph on the Bonneville Salt Flats on October 20th, 1999.  The most famous product of that part of the Feuling empire may be the W3 engine, a performance enhancement for Harleys that places an additional cylinder between the normal two, changing the V-twin to a W-3.  Tuned mildly, and extremely well balanced, the 2,458 cc engine puts out 150 reliable horsepower and very little of the thump that shakes two-cylinder H-D frames and those of their riders.  Jim Feuling died in 2002, but the company, now Mojave based, continues to make twin-cam accessories.

In a conversation with Gene Sheehan, he explained that he had made serious inroads into creating a modern Quickie with a new industrial V-twin engine, noting that the fuel burn was low enough to make it GFC competitive.  Weighing his options (quite literally), he decided that the original’s 95-pound Onan and its 48 pounds (eight gallons) of fuel could be replaced by a 25-pound electric motor and 70 pounds of batteries to suit the requirements of the Challenge.   Gene describes the issue of battery weight as a “curse” in terms of staying within airframe limits. 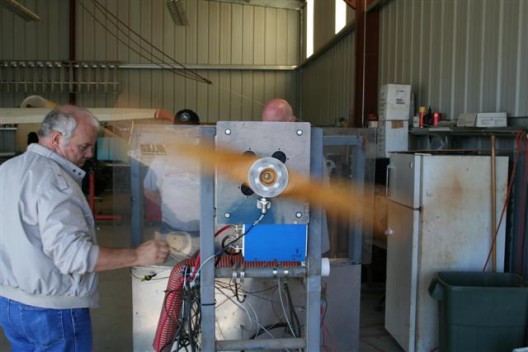 Ground testing an electric motor with a lead-acid battery

With new carbon-fiber cloth, a confidential honeycomb material, and careful weight management on the wet layups, the Green Flight Challenger could be not only structurally lighter than the original, but an attractively-priced competitor.  Team Feuling anticipates an empty weight of 240 pounds for the slightly smaller-than-original Quickie airframe.  Gene estimates $25,000 for airplane, motor, batteries and all, arguably the lowest cost of any aircraft in the GFC. 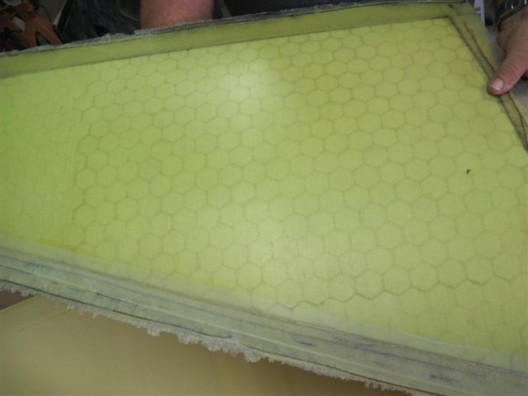 Where the original Quickie had a leisurely rate of climb, the Green Flight Challenger will have to meet the takeoff and landing dictates of the Challenge rules, including clearing a 50-foot obstacle within 2,000 feet of brake release.  Gene assures that this will be part of the airplane’s capabilities.  Quickie’s seating and visibility easily fall within GFC parameters, illustrating the far-sighted nature of the original design. 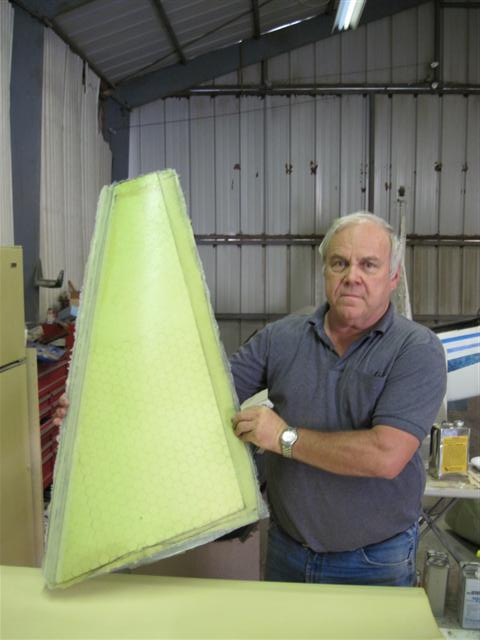 Electric power brings the additional advantage of lowered cooling drag, possibly as little as 15 to 25 percent of that for chilling out the original’s internal-combustion engine, according to Luke Leatherman.  The 90 percent or greater efficiency of most modern electric motors means they squeeze the most out of every kilowatt hour from their batteries, making up somewhat for the energy-to-weight ratio of most packs.

Natural Laminar Flow (NLF) airfoils will replace the more turbulent originals, adding to the sleekness of the overall craft and improving speed and economy.

Having seen a resurgence of interest in the gas-fueled Quickie, Gene Sheehan believes that the Green Flight Challenger has the potential to be a marketable airplane.  He sees it as a great “airport flyer” for building time, with handling characteristics that make it pilot’s airplane.  At a dollar or so per recharge for an hour or two of flying, this craft would definitely have a following.  Gene notes that airports will need to build a charging station infrastructure to support the coming wave of electric aircraft.

Vic Turner, an early Quickie customer and winner of the first CAFE challenge and several Lowers-Baker-Falck contests at Oshkosh, will provide race-winning experience for the team.
With the combination of expertise, a refined airplane and a high level of enthusiasm, the Team looks forward to flying their entry from Mojave to the Green Flight Challenge at Santa Rosa’s Charles M. Schulz Sonoma County Airport next July, possibly in one hop.  They will compete against other, equally dedicated teams, but few will have as much fun getting there.