As the Stemme Green Speed Cup speeds into day five of a six-day series of challenges, the leaders are all – little surprise here – Stemme aircraft. Markus Scherdel took first place on day three’s task, a 346.1 kilometer (214.58 mile) triangle, with a new low in fuel consumption, 2.5 liters per 100 kilometers (94.08 mpg or 188.16 passenger miles per gallon) at an average speed of 142.2 kilometers per hour (88.16 mph). 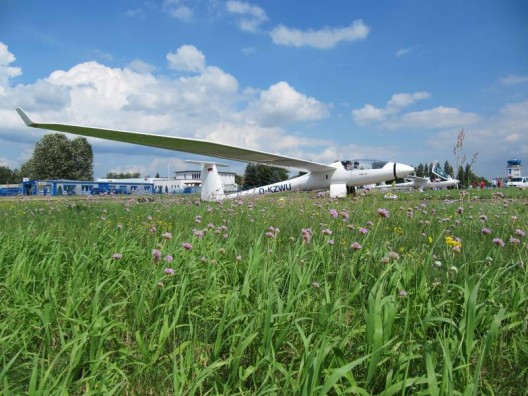 Idyllic setting for S10VT on day three of GSC

This is impressive because it comes close to requirements for Green Flight Challenge qualification. None of the five Stemmes competing managed less than 4.5 l./100 km. (52.26 mpg), right in Prius territory at much higher speeds.

The Diamond DA40 TDI departed the contest because of other obligations for pilot Daniel Hirth: the Arcus electric motorglider did not compete because its limited range would have probably forced an outlanding.

The video provides a warp-speed view of day four’s task. 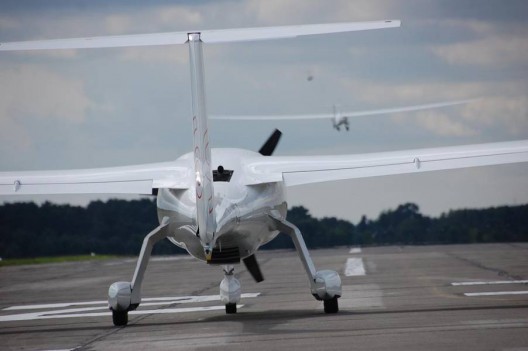 With the copyrighted slogan, “The need for green speed,” the Green Speed Cup shows what well-designed, real-world craft can achieve in economy of operation and consideration for the environment.