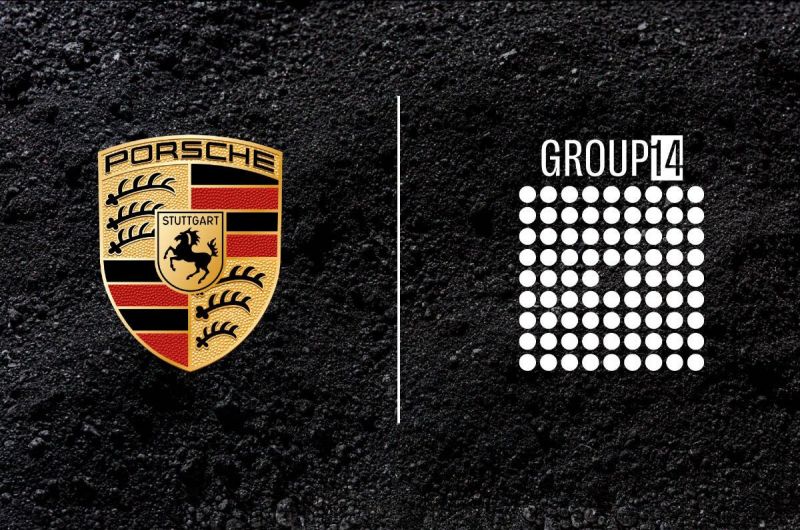 We covered Washington Governor Jay Inslee’s visit to the Group 14 Technologies battery plant in Woodinville last year.  Now the Group is getting attention from Porsche, among other funders.  The startup company announced raising $400 million from investors including the Teutonic automaker.

Silicon is a desirable material in batteries, capable of storing more energy than lithium or other metals.  It has a major drawback, though.  In expanding and contracting during charge-discharge cycles, it eventually deteriorates, crumbles, and brings the battery’s usefulness to an end.

Dr. Yi Cui of Stanford University has tried various methods over the years to prevent such crumbling.  His firm, Amprius, has developed a silicon nanowire anode that enables a battery with 450 Watt-hour per kilogram energy density.  The approach is different from that taken by group 14.

Rather than use the graphite common in many lithium-ion battery anodes, Group 14 uses hard carbon as a “scaffold” on which to encase nano-size silicon. According to CEO and co-founder Eric (Rick) Leubbe, Group 14’s li-ion batteries can hold up to 50-percent more energy than cells with graphite anodes.  He claims they, “Can provide the same range as current graphite-based batteries, but with fewer cells, thus reducing the overall cost and size of the battery pack.”

Luebbe said Group14 will supply battery materials to Porsche affiliate Cellforce. It also has an existing supply deal with another European battery maker, InoBat. The first EV batteries to use Group14’s anode material will go into production in 2023 by an unidentified manufacturer, although Porsche is setting up a battery plant in Germany.

Yahoo reports, “Luebbe said Group14’s anode material has been tested by battery makers Storedot and Farasis. The Storedot battery equipped with Group14’s silicon-carbon anode material could be charged to 80[-percent] capacity in 10 minutes, he said, and has the potential to fast charge in as little as five minutes.”

In response to a question by Akiko Fujita, Rick Leubbe explains Porsche’s interest in funding Group 14.  “And so Porsche recognizes that silicon battery technology is in their future. They want to access our technology. And this investment is going to help us build a large scale factory in Washington to support those needs. In fact, this factory, when it comes online, should be able to produce enough material to support an annual production of 600,000 EVs based on silicon batteries.”

Fujita asked about silicon’s tendency to swell. Leubbe responds, “So the industry’s been trying to make silicon batteries work for at least 15 years. But you’re right. Because the silicon doesn’t respond very well to the charge cycles, it affects the cycle life. And so they really haven’t been commercially viable. We have solved that problem with our silicon carbon composite that stabilizes the silicon, controls that swelling, and makes it last as long as the traditional lithium ion battery.”

In cells built and tested by Farasis utilizing Group14’s flagship silicon-carbon anode material SCC55™, the company has achieved an increase in energy density that would enable them to reach 330 Watt-hours per kilogram in typical automotive cells with more than 1000 charge-discharge cycles. The battery EV cell will have a volumetric energy density of 750 Watt-hours per liter. 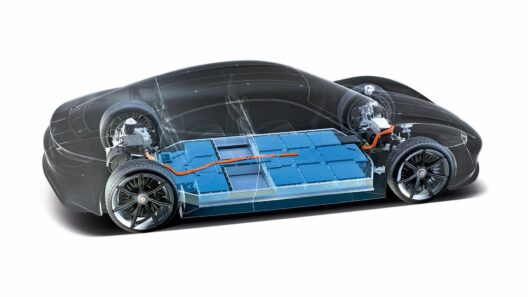 Porsche’s Taycan, like most sports and touring cars, has limited space for batteries. Group 14 anodes may help

Porsche’s Taycan, while a powerful touring car, can’t tour for long distances, hampered by current li-ion chemistry that limits range to a little over 200 miles.  Little over two hours of driving at autobahn speeds, that deficit is possibly solved by Group 14’s silicon-carbon anodes.  Without needing more space for a larger battery, Porsche can expand range in the same-size battery pack, making the Taycan more competitive with Teslas with 300 mile+ range.  The technology can be applied to other models in Porsche’s lineup, adding the benefits of lighter weight and longer range in the bargain.  Claimed rapid charging for Group 14’s materials in Porsche’s batteries will increase the desirability of the cars. 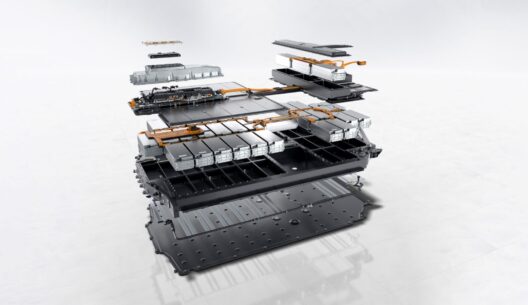 Torque News reports, “Porsche’s Lutz Meschke put it best when he said, ‘The battery cells are the combustion chamber of the future.’”

Those same benefits will work well in aviation applications, with the sometimes competing problems of volume and energy being resolved in a harmonious solution.