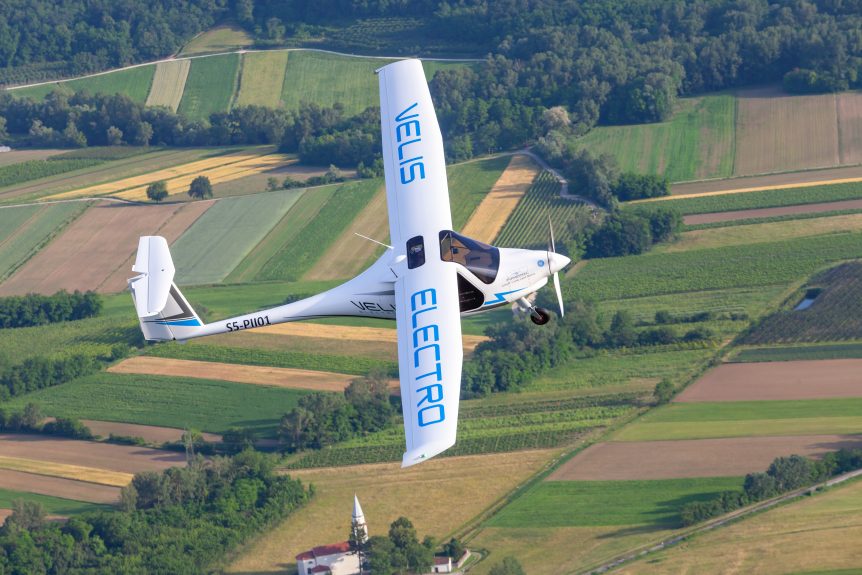 Michael puts his news in enthusiastic, all-caps context.  “The US has a new president, Europe is under siege from new Covid varieties, and Pipistrel is adding a SECOND SHIFT TO KEEP UP WITH PRODUCTION!

“Did you know that in 2020 Pipistrel DELIVERED 111 (one-hundred and eleven) of the certified Pipistrel Velis electric aircraft, as well as many more Pipistrel ALPHA Electro aircraft?  In fact, this year for the first time ever, Pipistrel produced more electric aircraft than gasoline powered!” 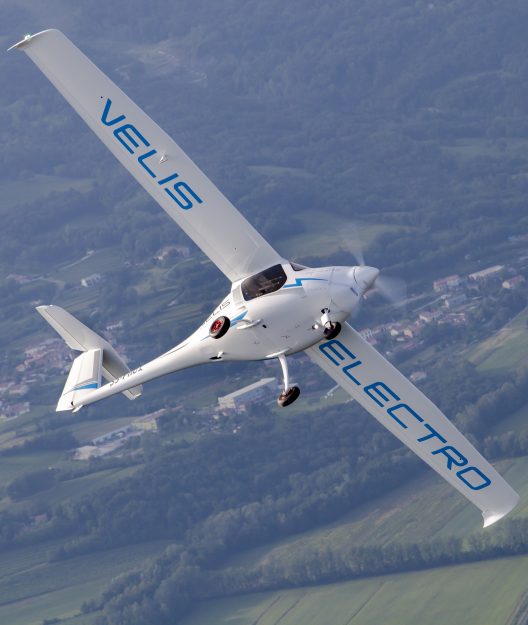 Pipistrel’s Velis Electro is becoming a popular trainer, especially where quiet operation is a must

More than 70 Pipistrel Velis aircraft are already on 2021’s order books, with many more anticipated through the remaining 11 months of the year.

The second shift essentially means doubling production, and this of course leads to increased demand from suppliers.  Michael adds, “Pipistrel is cooperating with dozens of OEM manufacturers, implementing Pipistrel electric propulsion into their fleets.

“The future really looks good for electric aircraft and the Pipistrel Velis, which is going from strength to strength in both sales and use.”

Taja Boscarol has two related news items.  With many electric aircraft coming into play, it’s only natural that there will be a big need for newly-trained mechanics for the new technology.  Taja announces, “We are happy to let you know that Pipistrel organized a maintenance type-training course for Pipistrel Velis Electro, for Part-66 licensed aircraft mechanics.”  (Part 66 is the European Aviation Safety Agency’s set of regulations for aircraft mechanics.) 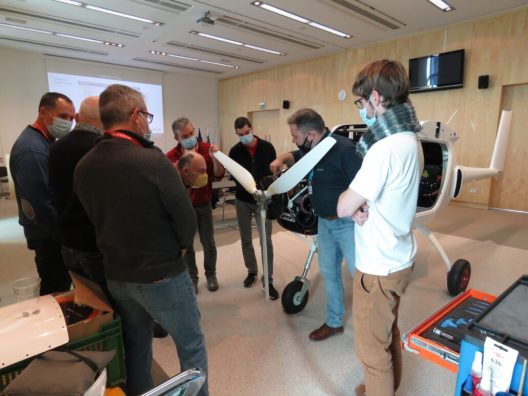 This is an historical first, training mechanics for the maintenance of a certified electrically-powered airplane, the Pipistrel Velis Electro.  Pipistrel can thus train “other organizations’ “Part-66 licensed aircraft mechanics for the purpose of maintenance and repair of our Velis Electro (which is at the moment the only certified fully electric aircraft in the world).”

The five-day course had an enthusiastic reception on its first outing, was repeated, and is now going to be repeated for interested parties. 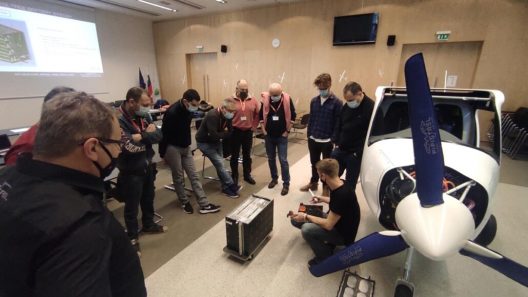 Taja concludes, “Organizing a training course of this kind is a great achievement and honour for Pipistrel. The road to this point was very long and required cooperation of many individuals and institutions, especially the European Union Aviation Safety Agency and the Slovenian Civil Aviation Agency, who stood by our side during the entire process and gave us their help and support.

“Apart from the two organizations, a great credit also goes to the entire teams of the two companies: Pipistrel Aircraft d.o.o., which is the holder of the authorization, and Pipistrel Vertical Solution, which participated in the entire phase of preparation of manual and training program. The teams showed diligent internal cooperation on every step of the process and contributed to the joint success of the project.”

Taja’s next announcement is straightforward and concise.  “We are happy to announce that in order to accelerate the transition of the aviation to sustainable, zero-emission kind and to enable flight schools and clubs to use electric aircraft without a large initial investment, the French organization Green Aerolease, subsidiary of the W3 group, Pipistrel Aircraft company from Slovenia and with the support of the French Federation of Aeronautics, formed a partnership to offer the first 50 Pipistrel Velis Electro aircraft for rent to French aeroclubs and flight schools, from this season onward.”

Ivo Boscarol, Founder and CEO of Pipistrel Aircraft,adds, “I am delighted to see the confidence given to us by Green Aerolease who decided to commit with us to participate in the reduction of the environmental impact of the aeronautical sector.

Green Aerolease can find the use of electric aircraft rewarding.  Europe has over 100 small airports with “severe flight restrictions,” or where flight patterns don’t allow training circuits because of noise.  Pipistrel’s Velis Electro emits only 60 dB of noise, making it welcome at many otherwise touchy venues.  The 50 Velis Elctros headed for France will bring many operations back from the brink, and expansion to 200 trainers in the next three years will encourage further operations in other EU countries.

Charles Cabillic, Founder of W3 and Green Aerolease, said: “We are particularly proud to make this partnership with Pipistrel Aircraft, pioneer of breakthrough innovation in the light aviation sector.”  Velis Electros have demonstrated over 200 hours of reliable service, and enabled next steps into a future of “green aviation.”

“I am convinced that the aeronautical sector has a great future, with the progressive arrival within two to three years, of light electric or hybrid aircraft designed for business travel or leisure aviation, because it will permit to revive the French aviation.”  Let’s hope we can celebrate the same spirit in America soon.