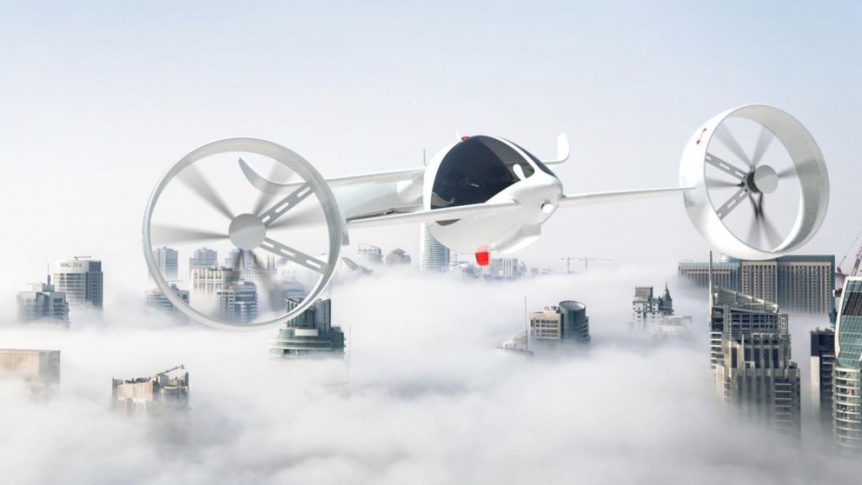 Autonomous Flight designs and manufactures autonomous passenger drones (APD), and is based in both the United Kingdom and the United States.  Founded by Martin Warner, the company joins a growing number of entrepreneurial groups combining drone hardware and “software-based technologies” to provide rapid point-to-point transportation.

Warner envisions a wide range of drone-based, battery-powered air vehicles for both commercial and private use, which he calls the “new gold rush in transportation and aviation”.  Autonomous Flight’s website promotes the familiar arguments for rising above gridlock.  The firm’s commercial notes the average American commuter spends 3.5 hours trapped in traffic every month.  The answer is the Y6S, a two-passenger drone that will whisk you from London-Heathrow to Charing Cross Station in only 12 minutes, cruising at 300 to 1,500 feet above terra firma at 70 mph.  Either trip would take about an hour by car.

Martin Warner, the “serial entrepreneur” some have dubbed Britain’s Elon Musk, holds forth in a BBC interview.

He provides more detail and several surprises in another interview with Sky News, sandwiched between other stories in this video between the 5:38 to 10:20 marks.

Interviewer Gemma Evans, “ ‘Asked how he would manage commuters’ safety concerns about flying in a vehicle without a pilot.’”

“’There are multiple flight redundancies which is multiple uses of technology to ensure that if there is a single point of failure the aircraft will either land or fly you to where you need to be,’ [Warner] said.”

Questioned about cyberattacks, something not normally brought up in promoting these types of machines, Warner explained, “These are serialized, they’re tracked, we’re not flying over oceans, they’re flying short distances.

“You have to assume that you are one step ahead in terms of encryption and constantly reviewing that.”  That assumption bothers this editor more than just a bit.  Very large online entities in this country have recently admitted not being one step ahead or hackers for several years, for instance.  There’s a large gap between having your tablet implode and your motors go silent while descending onto the local Whole Foods. 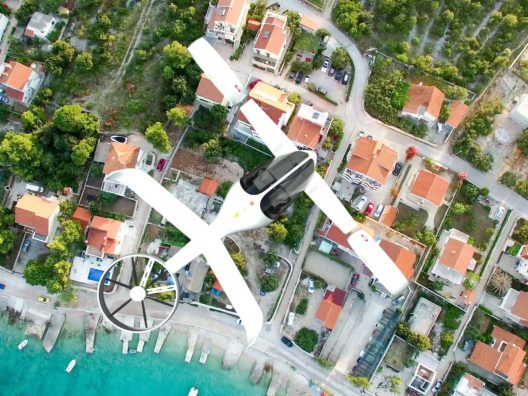 Would a $25,000 Y6S be the privately-owned commuter plane of the future?

Surprising in the Sky News report is that flight tests without passengers have already taken place in southern England.  Even more surprising, Warner floated a price that definitely gains attention.  He thinks he can put the Y6S in the air for a purchase price of around $25,000, or £20,000.   Given that the average new car costs $31,400 (according to Thomas King, a vice president at J.D. Power and Associates), this sounds like the ideal answer to gridlock.  It will be fascinating to see if Autonomous Flight can achieve this, since competitors seem to be projecting much higher prices for similar machines with similar performance.

This is not the end-all/be-all for Autonomous Flight, however.  According to SkyGuys.ca, “Along with the Y6S, they are also working on the Y6S Plus which seats four people and the AS1, an eight-seater aircraft that is designed to provide transportation for larger groups.”

With power players such as Uber pressing forward on creating a network of autonomous sky taxis, and actual machines being tested in Dubai, Germany, and now England, regulatory agencies will be pressed themselves to resolve the myriad safety and control issues that will be upon us.

Sky News explained, “As long as regulatory requirements can be met, Martin says we’ll see passenger drones above UK cities within as little as five years.”