Can the stuff that protects your teeth find happiness storing electrical energy?  Researchers are brushing up on their chemistry to produce a fluoride battery – almost the total opposite of a lithium battery.  Three years ago, The Journal of Fluorine Chemistry quibbled, “Only a handful of publications exist on the topic of fluoride ion batteries (FIBs). These are electrochemical cells in which a negative anion—fluoride—enables charge transport. In this review, we will report, for the first time, an extensive theoretical screening of FIBs as well as an analysis of the safety and toxicity of electrochemical couples of such batteries.”   It continued with an exploration of high-temperature (150° C, or 302° F) and room-temperature examples of fluoride cells and ended with comparisons of seven different cathode and nine different anode materials “to further illustrate the potential and issues of such battery systems.” 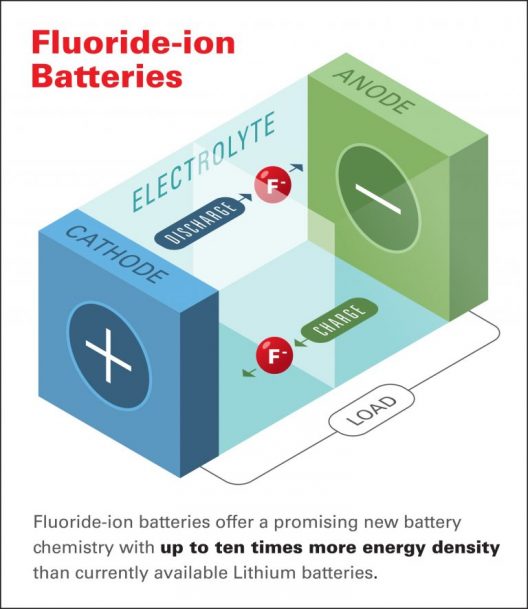 Now, Honda, researchers from the California Institute of Technology (CalTech), NASA’s Jet Propulsion Laboratory and a scientist now at Purdue are finding new ways to make Fluoride live up to its promise.  Researchers hope to achieve a more powerful storage device which is more environmentally friendly, Honda reports, “The collective team of scientists co-authored a new paper on the topic that was published in Science and is available here.

The abstract for their paper explains: “Fluoride ion batteries are potential ‘next-generation’ electrochemical storage devices that offer high energy density. At present, such batteries are limited to operation at high temperatures because suitable fluoride ion–conducting electrolytes are known only in the solid state. We report a liquid fluoride ion–conducting electrolyte with high ionic conductivity, wide operating voltage, and robust chemical stability based on dry tetraalkylammonium fluoride salts in ether solvents. Pairing this liquid electrolyte with a copper–lanthanum trifluoride (Cu@LaF3) core-shell cathode, we demonstrate reversible fluorination and defluorination reactions in a fluoride ion electrochemical cell cycled at room temperature. Fluoride ion–mediated electrochemistry offers a pathway toward developing capacities beyond that of lithium ion technology.”

Dr. Christopher Brooks, Chief Scientist, Honda Research Institute, and a co-author of the paper notes, “Fluoride-ion batteries offer a promising new battery chemistry with up to ten times more energy density than currently available Lithium batteries.  Unlike Li-ion batteries, FIBs do not pose a safety risk due to overheating, and obtaining the source materials for FIBs creates considerably less environmental impact than the extraction process for lithium and cobalt.”

Yin and Yang, Positive and Negative

Brett Savoie, formerly with the team at Honda et al., has risen from post-doc student to assistant professor at Purdue University, where he has added an important component to making the fluoride battery a reality.  In a true yin and yang opposition, lithium batteries can be made safer by using a solid-state electrolyte in their composition, while fluoride batteries can be made to work at room temperature with safety by liquefying their electrolyte. 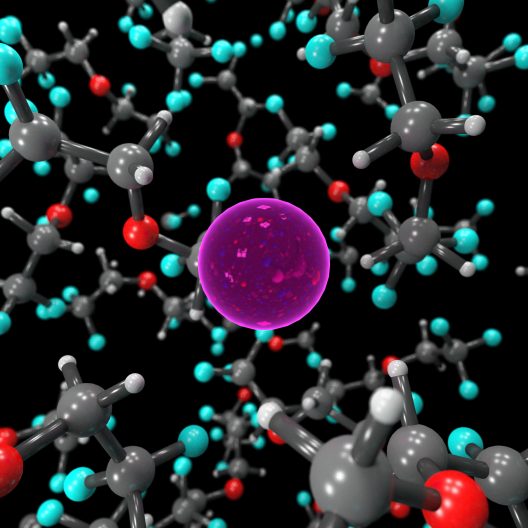 The same fluoride that helps prevent tooth cavities will soon challenge its electrical counterpart on the periodic table, lithium, for better batteries, thanks to improvements that advance the technology. (Purdue University image/Brett Savoie)

Savoie explains the potential superiority of fluoride batteries.   “Fluoride-based battery electrodes can store more ions per site than typical lithium-ion electrodes, which means that this technology has the capability to be much more energy dense.”

The Purdue press release about Savoie’s liquefying material explains that lithium and fluoride share another yin-and-yang relationship: “lithium is the most electropositive element on the Periodic Table, meaning that it likes to lose electrons, while fluoride is the most electronegative element, only wanting to acquire electrons. Giving lithium electrons it doesn’t want stores energy, while taking electrons away from fluoride also stores energy.”

Next steps include making the battery reliable at high voltages and keeping the cathodes and anodes from dissolving in the electrolyte.  Researchers are working on stabilizing the copper electrodes.

The technology could then move toward unseating lithium, a cation-based battery, as the first high-performing, anion-based rechargeable battery.

Battery testing is underway. The work was supported by the Resnick Sustainability Institute and the Molecular Materials Research Center, both at Caltech, the National Science Foundation, the Department of Energy Office of Science and the Honda Research Institute.