This six-rotored, six-motored flying “Y” may make you ask “why, indeed,” but its makers are enthusiastic about its prospects.  Even though its second test flight lasted only a minute and a half, its rider looked as happy as though he’d just ridden the mechanical bull at Gilley’s.  Certainly the riding posture is similar, and the Flike (flying trike) might show more three-dimensional moves than the beast tethered to the barroom’s floor.

Flike’s designers and builders are funded by a major Hungarian government-based non-profit organization  dedicated, it would seem, to emerging technologies in biological, engineering, and environmental sciences, among others.

The six NT-Power motors are probably the 15 kilowatt units (the other option is a 12 kW version), with maximum input of 80 Volts and 280 Amperes.  Motor efficiency is 93 percent, but the company shows total system efficiency with battery, controllers, cables, connectors and other components of about 88 percent.  This might be a good disclosure approach for all motor vendors. 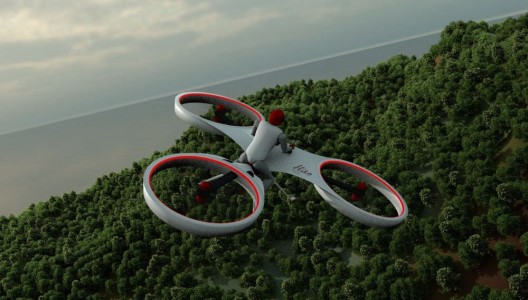 Motors come in “push” and “pull” variants, which the Flike takes advantage of with its counter-rotating, carbon-fiber propellers from e-Props.  The combined package is a bit noisy, judging from the video, not quite like the dreamlike quality of the eventual product shown brushing over fractal trees and mountain tops.  Larger, slower-turning blades would probably help, and it’s not yet known how the ducted final version will sound. 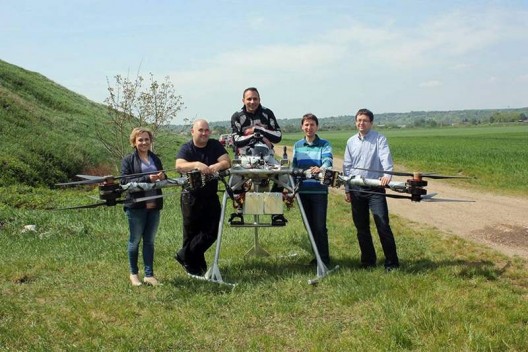 Like the original e-Volo proof-of-concept machine, the pilot sits atop a very perilous situation, hunched over a Y-shaped frame and surrounded by open propellers that could disassociate vital body parts with ease.  Details about operator restraints and protections are not stated, and we can hope human factors engineers give their best thoughts to this problem.

The marvel of this flying machine, as with similar rigs from e-Volo and all the small drone multi-rotored machines zooming around, is that they are stable to the degree that embedded firmware and software can make them – which is very stable indeed.

Another inventor showed even more trust in his sure footing with a recent flight on a hoverboard – again too noisy to be confused with Marty McFly’s silent version in Back to the Future II and III.  The final dunk in the lake can’t be too good for an electric flying machine, but he does set a Guinness World Record. 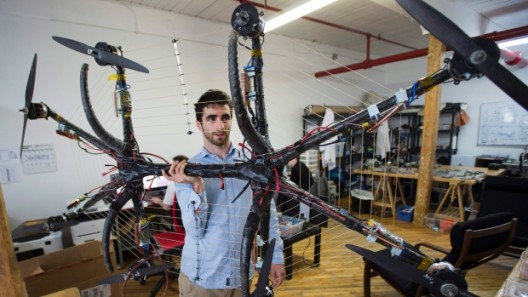 Alexandru Duru holds up his hoverboard at his office in Montreal on Friday, May 22, 2015. Duru set a Guinness World Record for the longest flight on a hoverboard with a distance of 275.9 metres. (Ryan Remiorz / THE CANADIAN PRESS)

In the meantime, designers keep coming up with innovations and new configurations for personal flight.  If they can control noise as well as they control flight stability, we may enter an age of individualized aviation and pocket airparks with hangars full of originality.