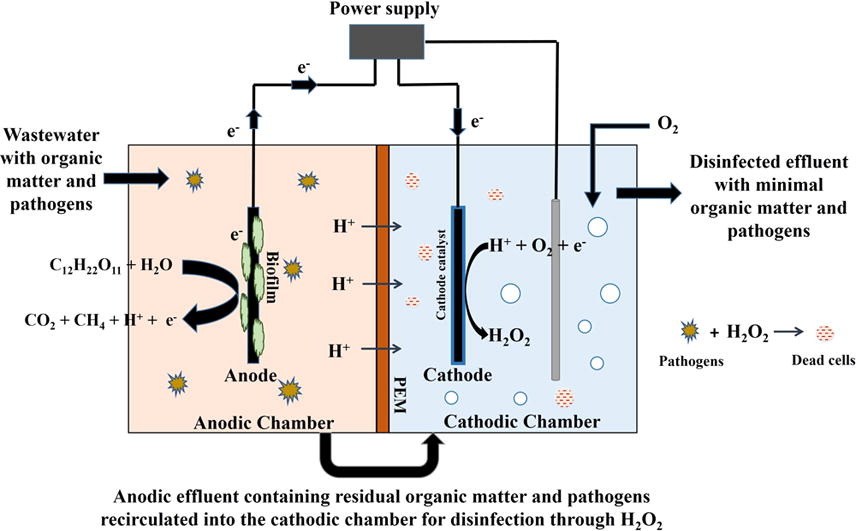 Scientists working in England and Belgium have come up with low-cost ways of extracting hydrogen from either very dirty water or from the air around us.  If these breakthrough technologies pan out, they could set us on a different path to energy independence.

Hydrogen is the futurist’s dream fuel, non-polluting and emitting only water vapor.  But it’s been hampered by its high cost of production and sourcing from natural gas.

Researchers at the University of Warwick have found a “two-fer” that cleans waste water and produces a clean fuel.  They note the following caveat and a promising development from their research: “Wastewater treatment is vital to remove pathogens, but is incredibly energy intensive. The ability to treat it more sustainably is a challenge researchers from WMG, University of Warwick have been able to achieve, using recycled carbon fiber mats to produce hydrogen from waste water.”

The new method would reduce energy use since treating wastewater in the United Kingdom accounts for three percent of the energy used there – equivalent to 13 billion kilowatt hours.  This causes one to contemplate the enormous amount of energy required to run the world, estimated to total 160,000 terawatt hours (A terawatt equals a kilowatt with nine zeros.) 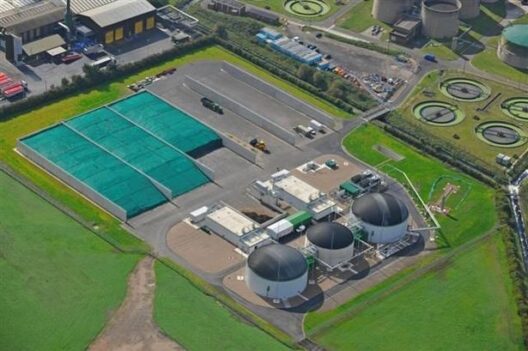 Water and waste company Severn Trent asked researchers from WMG at the University to come up with a way to treat wastewater in more energy efficient ways.  The school had apparently been researching, “Microbial Electrolysis Cells (MEC), [which involve] using electromagnetic microorganisms to break down organic pollutants in waste water, producing clean water and hydrogen gas.”  Normally, anodes used in the reaction cost hundreds of pounds per square meter and are not highly productive of H2, preventing large scale use.

Mat’s on the Job

The ability to return clean water to the Severn River and produce an energy storage material such as hydrogen helps the environment in a symbiotic way.  Green hydrogen doesn’t have the “dirty” parentage of natural gas and its attendant “fracking,” and acts as a clean fuel source in fuel cells, which emit only water vapor and warm air.

WMG piloted their techniques at Severn Trent’s Minworth waste treatment site, successfully processing up to 100 liters of wastewater per day and removing 51 percent of organic pollutants and up to 100 percent of suspended solids from the water while producing 18 times more hydrogen (at 100-percent purity) than the graphite material previously used.  50 two-liter bottles worth of wastewater may not seem like much, but scaling may be possible. 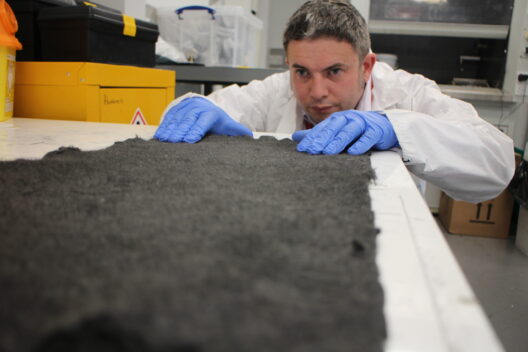 Dr. Stuart Coles, from WMG, University of Warwick explained, “We are really excited about this technology. By taking waste from the automotive and aerospace sectors, we have developed a circular solution to a longstanding problem. Instead of just treating the wastewater, we are now able to extract value from it in the form of hydrogen at a lower cost than ever before.

“The next phase of this work is look at optimizing the design of the microbial electrolysis cells and further reduce the level of pollutants in the water. This in turn should help produce even more hydrogen!” 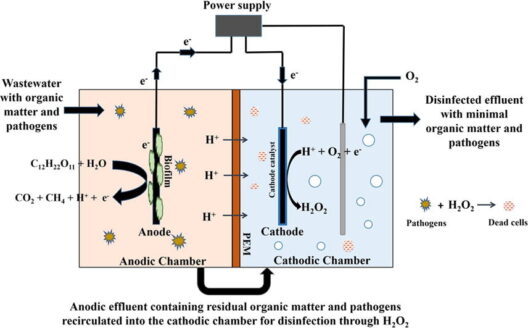 Bob Stear, Chief Engineer at Severn Trent added, “The performance boost and cost savings demonstrated from this research mean that MEC technology is one step closer to being cost competitive with existing wastewater treatment assets. WMG have also demonstrated that this technology has the potential to create a more circular wastewater treatment process which will be essential to delivering on our long term sustainability goals and Net Zero plans. We’re currently scoping scaling up the technology at our test-bed plant in Redditch.”

Again, think of scale here.  Severn Trent supplies water to 7.4 million people, and sewerage services to 8.5 million people over an area of 21,000 square kilometers in central England and mid-Wales.”  Add three zeros after that 7.4 million and you are close to the total world population.  It would take 1,000 processing plants the size of Severn Trent’s combined resources to clean the water and eliminate the waste for the world.  Think, too, about the benefits from providing clean water for everyone and a clean energy source as an alternative to fossil fuels.

The French, attempting similar efforts, even produce algae for animal feed in the process.

Meanwhile, Belgian researchers have developed a solar panel that produces hydrogen.  A team working with Johan Martens, Professor of Chemistry at the Faculty of Bioengineering at KUL, the Katholieke Universiteit Leuven has produced a system that transforms the water vapor in the air into hydrogen.

Martens explains, “You only need sunlight and water vapor.  And all over the world you have water vapor in the air, even in the driest places in the world.”  Even in Belgium, with 200 rainy days a year and an average of less than five hours or sunlight per day, the panel produces an average of 250 liters of hydrogen per day.  Martens adds, “Then you have to store that hydrogen in a pressurized container, just like you would with natural gas.”

According to the researchers, 20 of these panels would provide a “well-insulated house” with electricity and heat all winter long.  Reluctant to reveal details of the panels, Martens and his team hope to commercialize their invention within the next three years.

University of California at Berkeley students have developed a self-contained unit that pulls water from the air, even in the Mojave Desert.  Under refinement for at least three years, this system shows that water vapor does indeed exist in the most inhospitable places – it merely needs to be pulled from the air.

These findings show that we could have water and energy in abundance.  We look forward to further research and hope for commercial-level products.