Amateur aircraft builders, like Francis Marlier of the ULM Club in Alsace, France who recently converted his Exelec to a Sunexelec with the addition of solar cells, are always looking for reasonable options for powering their airplanes. Perhaps they could turn to fuel cells as a range extender. Several motor scooter makers are bringing out fuel-cell powered models that show some promise despite limited performance and high prices so far.

Intelligent Energy, an English company, demonstrated a fuel cell scooter in 2005, and a number of aircraft developers, including Boeing, have crafted fuel-cell-powered vehicles. 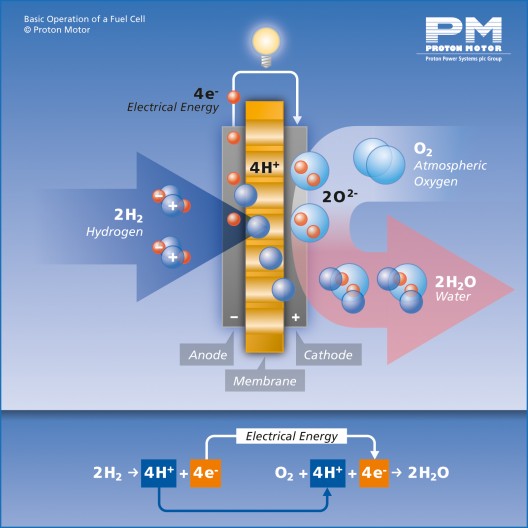 “In a PEM fuel cell stack, hydrogen and oxygen from the air react at low temperature (80˚C) to produce electricity and water. Fuel cells are near silent, with few moving parts, and operate at high efficiencies, typically two to three times that of an internal combustion engine. This creates potential use in multiple sectors, from consumer electronics and stationary power to a wide range of automotive applications.”

These applications include London Taxis powered by hydrogen fuel cells, and used to shuttle visitors to the London Olympics about in particulate, pollution-free comfort.

Several aeronautical applications have also come to the fore in recent years. The first was the 2008 Boeing Fuel Cell Demonstrator Airplane, described in a paper of that name supplied by Michael Friend, Technical Director for Boeing and a speaker at the Electric Aircraft Symposium.

The airplane took off on battery power, which allowed a rate of climb (1.7 meters per second – 335 feet per minute) greater than the European motorglider minimum requirement of 1.5 meters per second. Once airborne and at a safe cruising altitude, the airplane switched to fuel cell power for about 20 minutes. This allowed level flight at about 100 kilometers per hour (62 mph) and demonstrated the feasibility of using proton exchange membrane fuel cells to power aircraft.

Gerard Thevenot flew the English Channel in 2009 on a La Moutte trike powered by three fuel cells and no batteries on board – using the same Eck/Geiger HPD 13.5 motor that powers the Sunexelec.

An even smaller aircraft, the Ion Tiger fuel cell-powered UAV, stayed in the air for over 26 hours later that same year.

The Lange Antares H3 is the latest version of the hydrogen-powered motorglider that can stay aloft for up to 50 hours on large under-wing fuel tanks. 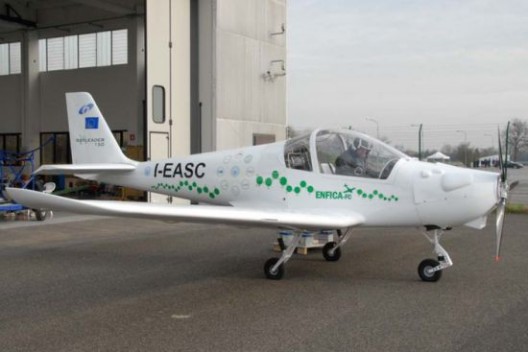 Now, with manufacturers in Europe and Asia promoting new fuel-cell scooters such as the Suzuki Burgman with a claimed range of 220 miles (at 20 mph average speed) and a top speed that allows freeway cruising, fuel cells might warrant a review. In a related story, tourists in Hawaii will soon be scooting about on hydrogen two-wheelers, adding only water vapor to the tradewinds.

With power systems in a range that would seem to allow small aircraft use, one hopes that creative homebuilt aircraft designers will see an opening to exploring the use of these new emission-free fuel sources.