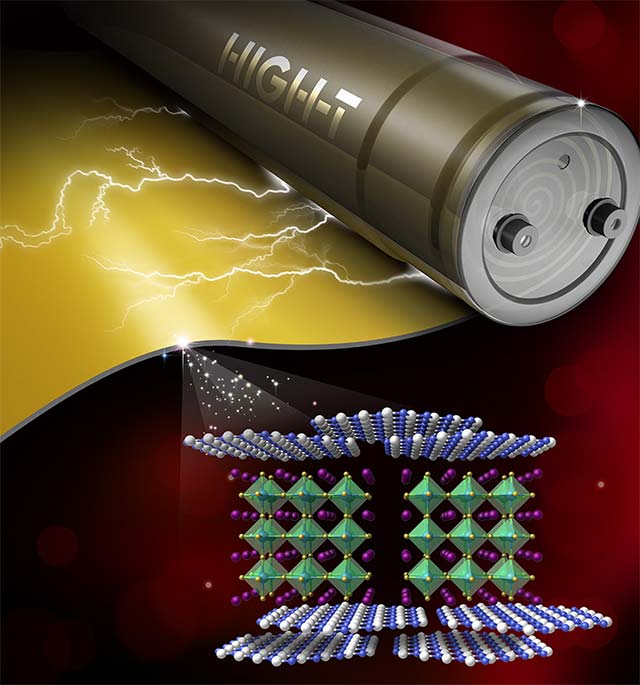 The blog has examined the possibilities inherent in incorporating batteries and supercapacitors into structures, but making the battery itself a sandwich structure could leave it as a discrete component within an electric vehicle, or lead to its being adapted as a full structural element. 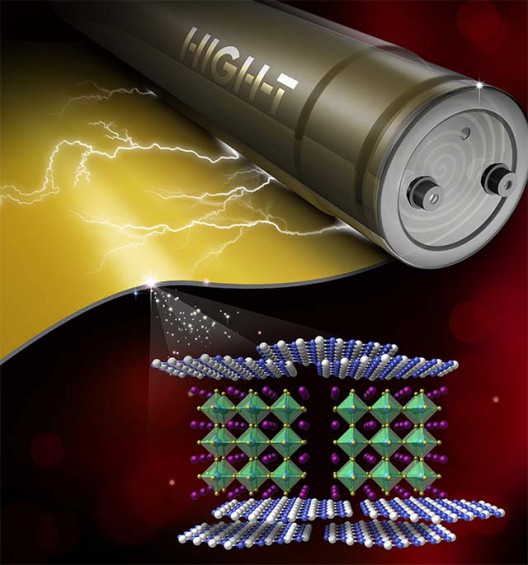 Penn State University materials scientists have achieved the goal of making a “polymer dielectric material with high energy density, high power density and excellent charge-discharge efficiency for electric and hybrid vehicle use.”  Their battery resembles the sandwich construction of modern aircraft shells ranging from ultralight sailplanes to 787 Dreamliners.  The “sandwich-like structure that protects the dense electric field in the polymer/ceramic composite from dielectric breakdown,” according to researchers.

Rather than relying on the often-used BOPP – Biaxially Oriented Polypropylene Films – the Penn State team turned to a sandwich structure nanocomposite, termed SSN-x, in which the x refers to the percentage of barium titanate nanocomposites in the central layer.

SNN-x, according to the researchers, has several times the energy density of BOPP and essentially the same discharge energy at 70° C (158° Fahrenheit), BOPP’s upper operating limit.  SSN-x can thrive in 150° C (302° F) environments.  This allows “the elimination of bulky and expensive cooling equipment required for BOPP.”

Energy and Power density benefits make for a more compact battery package, while the potential to incorporate the SNN-x battery into an EV structure might springboard real design advances.

Team leader Qing Wang, a professor of materials science and engineering at Penn State, sums up the significant differences .  “Polymers are ideal for energy storage for transportation due to their light weight, scalability and high dielectric strength.  However, the existing commercial polymer used in hybrid and electric vehicles, called BOPP, cannot stand up to the high operating temperatures without considerable additional cooling equipment.”

Materials make up one part of the Penn State achievement, but the physical structure of the battery adds considerably to its long-term performance.

Strong electric fields tend to leak energy in the form of heat, which interferes with battery stability and charge-discharge efficiency.  Researchers tried to overcome this dichotomy in two-dimensional form by using different materials to balance competing properties.  They still faced the breakdown of the battery structure as temperatures elevated.

Wang claims, “We show that we can operate this material at high temperature for 24 hours straight over more than 30,000 cycles and it shows no degradation.”

Not noted in the Penn State writeup, a characteristic of the boron nitrite sandwich facings might have immense importance in creating actual structures with this material.

Looking forward to possible commercialization of the process, the team is performing studies on larger scale, reasonable cost approaches to making the materials.  Wang says, “We have demonstrated the materials performance in the lab. We are developing a number of state-of-the-art materials working with our theory colleague Long-Qing Chen in our department. Because we are dealing with a three-dimensional space, it is not just selecting the materials, but how we organize the multiple nanosized materials in specific locations. Theory helps us design materials in a rational fashion.”

The team’s paper, “Sandwich-Structured Polymer Nanocomposites with High Energy Density and Great Charge-Discharge Efficiency at Elevated Temperatures,” is in the August 22, 2016 Proceedings of the National Academy of Sciences (PNAS).  Their work, supported by the U. S. Office of Naval Research, includes contributions from Wang and Chen, first author and post-doctoral scholar Qi Li, Ph.D. student Feihua Liu, Matthew Gadinski, a former Ph.D. student now at DOW Chemical, Guangzu Zhang, a post-doctoral scholar, all in Wang’s lab, and Tiannan Yang, a graduate student in Chen’s group.

PNAS includes this abstract for the paper:

“The demand for a new generation of high-temperature dielectric materials toward capacitive energy storage has been driven by the rise of high-power applications such as electric vehicles, aircraft, and pulsed power systems where the power electronics are exposed to elevated temperatures. Polymer dielectrics are characterized by being lightweight, and their scalability, mechanical flexibility, high dielectric strength, and great reliability, but they are limited to relatively low operating temperatures. The existing polymer nanocomposite-based dielectrics with a limited energy density at high temperatures also present a major barrier to achieving significant reductions in size and weight of energy devices. Here we report the sandwich structures as an efficient route to high-temperature dielectric polymer nanocomposites that simultaneously possess high dielectric constant and low dielectric loss. In contrast to the conventional single-layer configuration, the rationally designed sandwich-structured polymer nanocomposites are capable of integrating the complementary properties of spatially organized multicomponents in a synergistic fashion to raise dielectric constant, and subsequently greatly improve discharged energy densities while retaining low loss and high charge–discharge efficiency at elevated temperatures. At 150 °C and 200 MV m−1, an operating condition toward electric vehicle applications, the sandwich-structured polymer nanocomposites outperform the state-of-the-art polymer-based dielectrics in terms of energy density, power density, charge–discharge efficiency, and cyclability. The excellent dielectric and capacitive properties of the polymer nanocomposites may pave a way for widespread applications in modern electronics and power modules where harsh operating conditions are present.”