Binder Flugmotoren- & Flugzeugbau is a German firm specializing in high-end single and two-seat motorized sailplanes which offer outstanding performance.  Their EB29d Elektro is a two-seater with winning lines and ways – as evidenced by their recent victories in European and American soaring contests. 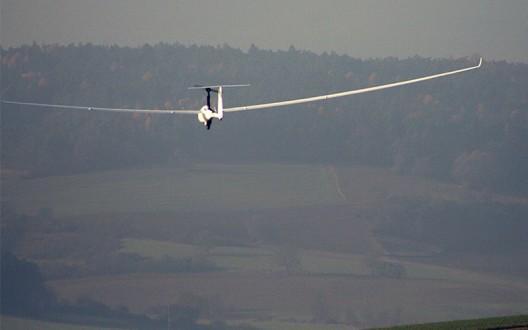 A self-launcher more intended for climbing and soaring than cross-country touring under power, the airplane shares some characteristics of operation and design with Lange’s Antares and Arcus series and some ASH models.  The motor extends and retracts on a long stalk, for instance, and the batteries for power are contained in the wings.

Binder’s EB28 and EB29 segelflugzeuge come in 25.3 meter (82.98 feet), 28.3 meter (92.82 feet), and 29.3 meter (96.10 feet) spans, easily reduced or extended with a set of exchangeable wingtips.  Binder’s claim that “Now you can choose the optimum wing span for every weather, in order to fly at the front of the competition or to enjoy great pleasure of flight. This concept has been demonstrated by Michael Sommer winning the 2011 German open class championships.”  He also won the 2013 German open class and took second place in the 2012 World Gliding Championships in Uvalde, Texas with that ship. 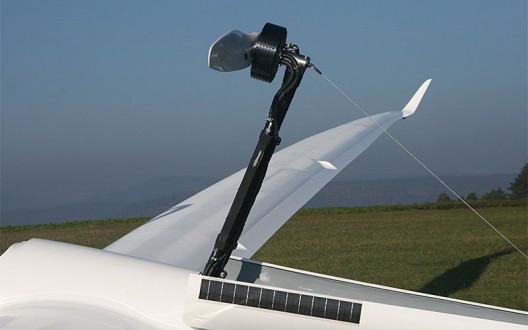 Aerodynamically, the gasoline-powered and electric ships fly much the same after the retractable motor is tucked away in the long, slender tail boom.  The Elektro mounts a liquid-cooled Emrax motor of 53 kilowatts (72 horsepower) driving a Binder-designed, 1.6 meter- (5.35 feet-) diameter propeller which enables a climb rate of 3 meters per second, or 590 feet per minute.  The batteries can loft the airplane to 3,500 or 4,000 meters, (11,480 or 13,120 feet), probably depending on wingtip selection. Once aloft, the two longest wing spans allow a lift-to-drag ratio of 63:1 or 66:1 and a low, but unspecified rate of sink.

One set of batteries supplies energy to the motor and a second to the avionics and motor controller.  The first consists of several strings of Panasonic lithium-ion cells giving 400 Volts, 72 Amps and storing 25 kilowatt-hours of energy, while the second is a Sony lithium-manganese, 14.4 Volt, 56-Amp-hour pack contained in the fuselage. 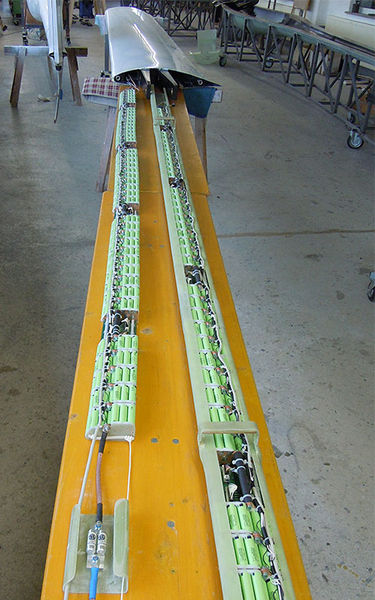 This massive ship weighs 900 kilograms (1980 pounds) with two on board, battery packs and all, and its long wings flex noticeably in flight.  With a maximum wing loading for the 25.3 meter ship of 58.5 kilograms per square meter (11.98 pounds per square foot) and for the 28.3 meter EB29 of 54.5 kg/m2 (11.16 lbs./ft2), it is definitely a high-speed, high-performance machine, evidenced by Binder billing the airplane as their “racing two-seater.”  The EB29, regardless of wing span, is listed as having a maximum speed of 280 kilometers per hour (173.6 mph), fast enough for most powered lightplanes.  Because of its clean lines, the airplane has a maximum cruising speed of 160 km/hr (99.2 mph), using much less than the Emrax motor’s 40 kW (53 hp) continuous power rating. 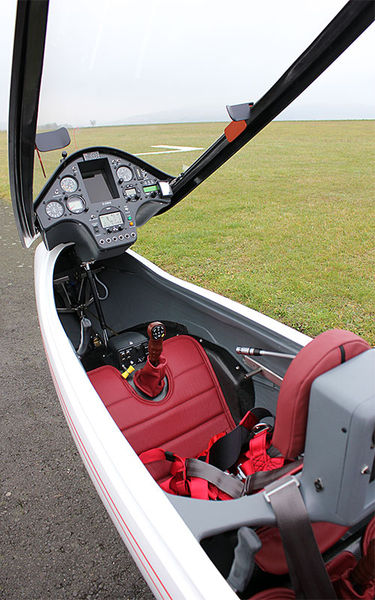 For those seeking an electric self-launching sailplane with contest-winning performance, Germany offers a large number of choices, with the Binder being a top contender.