To make more affordable solar cells, researchers at Sweden’s Lund University are not just trying to be cheap, they are avoiding tightening markets in expensive noble metals like ruthenium, osmium and iridium. A more common metal such as iron, constituting six percent of the earth’s crust, might just be the answer to several issues. One problem keeps it from being a great solar cell component. Iron just doesn’t take a shine to solar radiation. 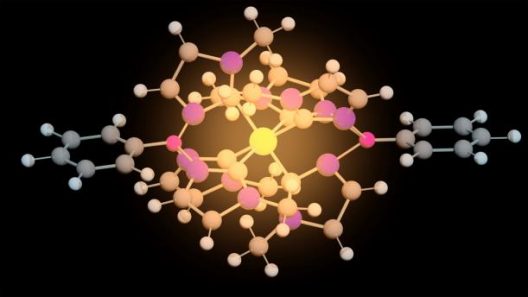 In the careful words of the abstract for the research team’s paper, iron’s shortcoming is exposed. “However, the photoexcitable charge-transfer (CT) states of most Fe complexes are limited by picosecond or sub-picosecond deactivation through low-lying metal centered (MC) states, resulting in inefficient electron transfer reactivity and complete lack of photoluminescence.” In other words, ordinary iron is just a flash in the pan when light strikes it and doesn’t kick any electrons around – not great behavior for solar cells.

Chemistry Professor Kenneth Wärnmark worked with colleagues to create molecules that could absorb photons from solar radiation and produce electrons. He explains, “Our results now show that by using advanced molecule design, it is possible to replace the rare metals with iron, which is common in the Earth’s crust and therefore cheap.” “Advanced molecule design” means tweaking atoms around the iron core and producing characteristics that make the iron respond like a more “noble” element. the molecule absorbs light and even glows for a time – a very un-iron type of reaction. It is able to hold on to that reaction long enough to cause a reaction with another molecule.

Because of this, the new molecule is not great just for solar cells, but can be an inexpensive catalyst in hydrogen production. Low-cost solar cells and hydrogen would be readily accepted in the marketplace. Or would they? 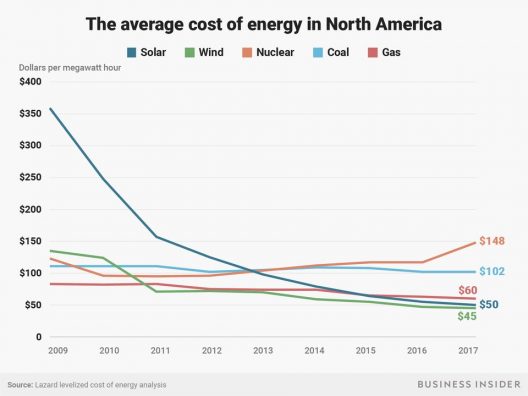 No Wonder Economics is the Dismal Science

Unfortunately, having a low-cost designer metal That has such outstanding capabilities doesn’t mean we will see an immediate rush to use it. Solar cell prices have been on a steady decline for decades: now – evidenced by the Swanson Effect, the solar industry’s equivalent of Moore’s Law for the computer industry.

As explained in SynchoSolar.com, “‘Swanson’s Law’ is named after Richard Swanson, the founder SunPower, an American solar manufacturer. It is a set of consistent observations around the price of solar panels. 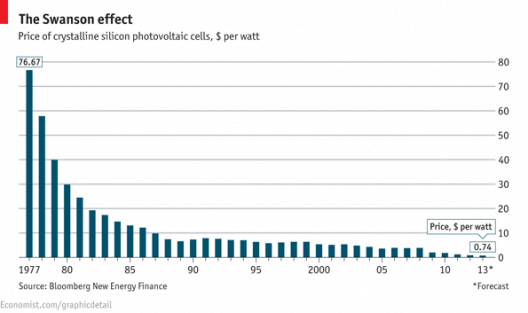 “Swanson Effect” is solar equivalent of Moore’s Law in computers.  Note that price drops since 2013 are in line with previous trends

“Essentially, when the global manufacturing capacity for solar panels doubles, the average price of producing those panels drops by about 20%. Just about every time. This leads to periods of exponential change where the cost of solar can plummet.” And that plummet continues, and will continue with low-cost materials such as Lund’s iron molecule coming into play. But market forces may present at least temporary impediments.

​Bloomberg New Energy Finance (BNEF) has predicted a 34% decline in multicrystalline solar module prices in China, caused by” an abrupt withdrawal of support for the nation’s solar PV market.” This is expected to spread worldwide. Bloomberg notes “Oversupply is universal.”

Oddly, this may stall installations while contractors wait for less expensive panels to become available. This may lead to “enhanced inventory,” with large quantities of multicrytalline wafers already in warehouses in May. Further slowdowns will add to the inventory, and lower costs for materials will lower product pricing, with profit margins already thin. Bloomberg sees a module production cost decline to $0.24 per watt – great news for buyers, but not necessarily for producers.

Bloomberg spells out the multiple variables and the possible scenarios that darken otherwise bright news. In the meantime, solar cell researchers will keep making their devices more efficient and more cost-effective. We may see solar modules as commodities soon, and the producers – desperate for markets – finding applications for transportation to shrink their inventories.