Back in the early reaches of television advertising, one jingle was credited with nearly doubling sales of Alka-Seltzer, a popular over-the-counter remedy for acid indigestion.  “Plop, plop; fizz, fizz, oh what a relief it is,” became a defacto instruction on how to use the pill, implying two were needed.  Alka-Seltzer’s users got the idea and sales went up appreciably, reinforced by new instructions on the packaging.

The sparkly image of the “cure” brings to mind a current effort by State University of New York at Buffalo researchers to drop nano-sized particles of silicon in water, with resulting bubbles of hydrogen escaping in large enough quantities to power portable devices. 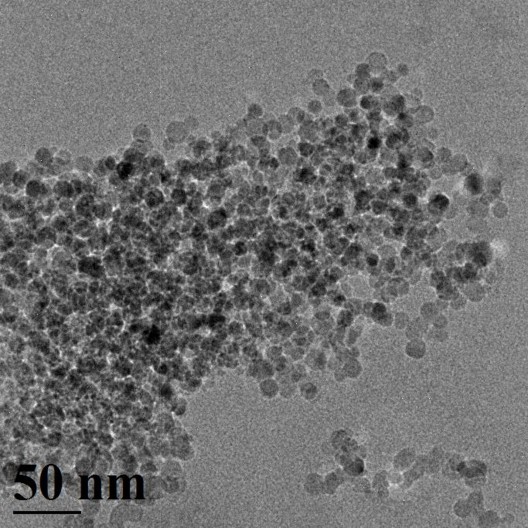 Cluster of 10 nanometer silicon spheres, which could be packaged for instant hydrogen generation. Photo: Swihart Research Group, University at Buffalo

They have, “Created spherical silicon particles about 10 nanometers in diameter. When combined with water, these particles reacted to form silicic acid (a nontoxic byproduct) and hydrogen – a potential source of energy for fuel cells,” according to a UB press release.

Most promising, the reaction does not require light, heat or electricity, leaving the question of how much energy was required (and how that was generated), to form these almost magical spheres.  Researchers note that the energy was “significant.”  The end product, though, could provide hydrogen for fuel cells on portable devices, as demonstrated by Mark T. Swihart, UB professor of chemical and biological engineering and director of the university’s Strategic Strength in Integrated Nanostructured Systems.  His team has already used H2 created by the fizzing nanospheres in a fuel cell which powered a small fan, verifying the hydrogen was relatively pure.

Larger silicon spheres don’t react as quickly.  The 10 nm spheres generated hydrogen 150 times faster than particles 100 nm wide and 1,000 times faster than bulk silicon, according to researchers.  The small sphere reaction speed surprised the team, producing more gas in under a minute than the 100 nm spheres could manage in 45 minutes.

Swihart explains, “When it comes to splitting water to produce hydrogen, nanosized silicon may be better than more obvious choices that people have studied for a while, such as aluminum.”

Fellow researcher and paper co-author Paras Prasad, executive director of UB’s Institute for Lasers, Photonics and Biophotonics (ILPB) and a SUNY Distinguished Professor in UB’s Departments of Chemistry, Physics, Electrical Engineering and Medicine adds, “With further development, this technology could form the basis of a ‘just add water’ approach to generating hydrogen on demand.”

Researchers see this technology supplanting gas or Diesel-powered generators for military or remote operations, situations where function might override cost considerations, and possibly even using heat from the reaction to heat water for tea.

According to UB, “Swihart and Prasad led the study, which was completed by UB scientists, some of whom have affiliations with Nanjing University in China or Korea University in South Korea. Folarin Erogbogbo, a research assistant professor in UB’s ILPB and a UB PhD graduate, was first author.”