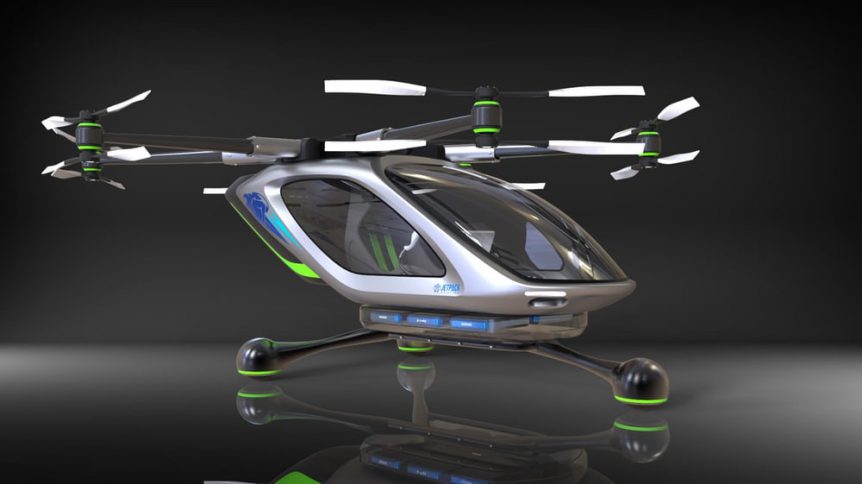 You see a lot of articles petulantly demanding, “Dude, where’s my jetpack?” or “Where’s my flying car?”  It’s a bit like wanting a Formula 1 racer in which to commute, and fraught with similar problems.  An F1 race car, for instance, demands incredible driving skills – that’s why most F1 drivers are incredibly well compensated.  A jetpack is a very short-range machine.  Strapping one on, avoiding scorch marks on your heels and zipping even a mile or two might actually take more time than walking, or hopping on a bike. 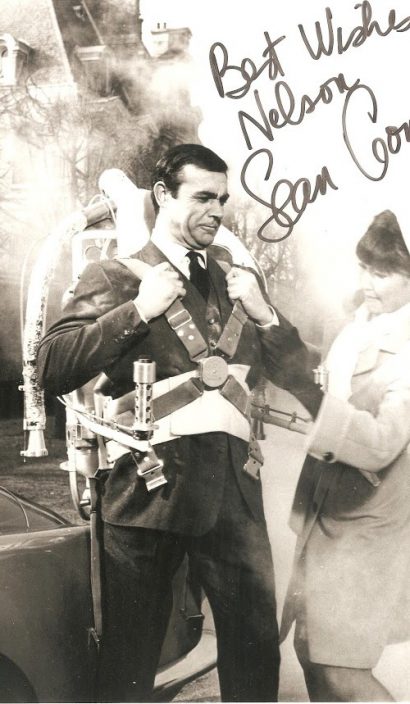 Sean Connery in Thunderball, nattily attired but skipping the helmet for the publicity picture

From James Bond to Civilian Use

James Bond’s use of a Bell Rocket Belt to escape goons in Thunderball made it look quick, easy, and a great way to find your way to your Aston-Martin and the Bond girl of the day.  Movie editing couldn’t provide us with anything close to that before now, as commercially-available versions were too pricey (still are) and too demanding to allow untrained civilians anywhere near them.

An American team that has brought its JB-9 and JB-10 jet packs to market, JetPack Aviation combines the talents of David Mayman and Nelson Tyler.  Tyler is already famous for his Tyler mounts, a series of gyroscopically-stabilized camera mounts that allow smooth action shots from helicopters, airplanes, and other moving camera platforms.  Starting with large units for 70-mm productions in the 1960’s, Tyler has reduced the size of the mounts.  The steadiness of modern action scenes comes a great deal from his pioneering work.  Note the elimination of shake and judder in the Tyler Mount clips below.

Later models of Jet Packs are slated to have this stabilization hardware and software applied to their operation –necessary for keeping less adept pilots upright, probably.  Their web site explains, “in this day of accelerometers and 3 axis gyros the size of coins, we are working on auto stability systems.”  The team is now working on the JB-11 and JB-12, featuring enhanced safety systems including ballistic recovery parachutes for both pilot and the JetPack itself.  There’s bad publicity awaiting the first pilot to jettison one above a crowd.

Something a Little Less Taxing

Just as hang gliders are great fun, but involve using one’s legs as landing gear, JetPacks may not attract mass distribution because of a certain athleticism required.  Although Mayman and Tyler are promoting their newest JetPacks, they have another, less dodgy, alternative waiting for eager customers, or an Uber-type organization to adopt it.  Their mult-rotor, single-seat, electric vertical takeoff and landing craft is similar to the eHang 184 or e-volo’s Volocopter 200.  Its 12 rotors, mounted on six arms and counter-rotating one above the other, give the necessary thrust and redundant safety.  Just in case, a ballistic parachute will lower a failed machine and its passenger to the ground. 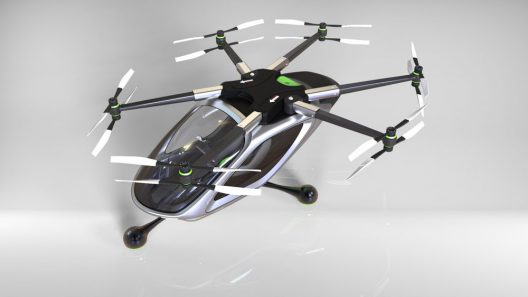 Mayman and Nelson’s 12-rotor addition to the VTOL catalog

All these approaches begin to resemble one another, with JetPack’s offering differing in having swing arms that allow pivoting several propellers close to the fuselage so the machine can be stored in a single-car garage.  This is the closest the thing gets to being a “flying car,” a term that really doesn’t fit these machines – as pointed out by more than one reader.  Balls instead of wheels allow the machine to be maneuvered laterally if needed, another unique feature for this multi-rotor craft. 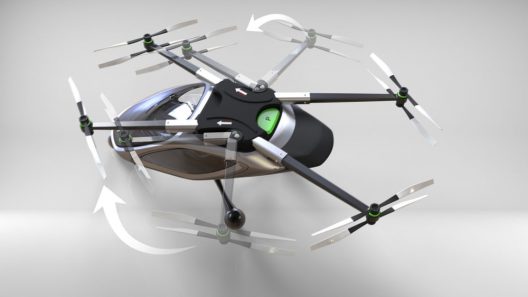 The designers talk about using a hybrid system to extend the endurance for the machine from the pure electrically-driven 20 minutes or so.  This would open up commuting opportunities to the suburbs and beyond.

With seemingly more room in its cabin than the eHang, JetPack’s machine is still a compact possible answer to alleviating traffic congestion on the ground.  Its developers are certainly veterans of the type of problem solving required for this new era of three-dimensional urban mobility.