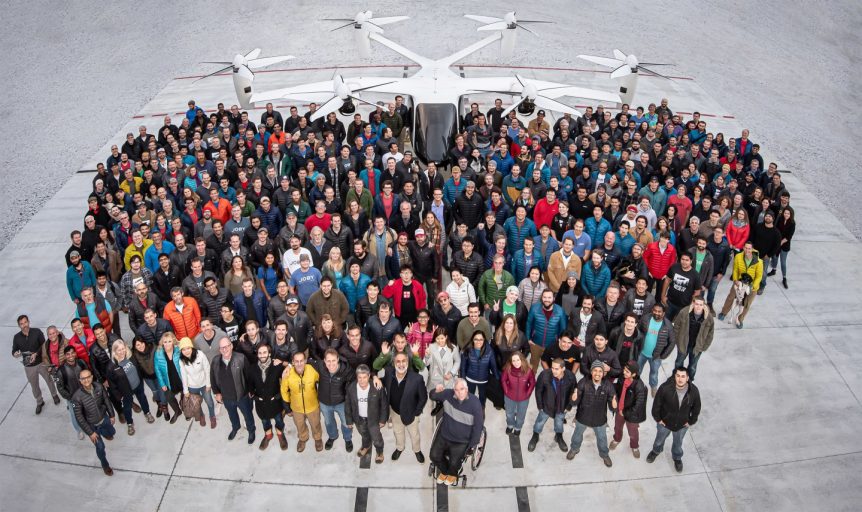 Joby Aviation’s recent debut of a very quiet eVTOL (electric Vertical Take Off and Landing) aircraft has caused a stir in the aviation and financial worlds.

Silent operation, or as near silent as possible, is essential to the future success of the sky taxi ideal.  Toward that end, JoeBen Bevirt, founder and CEO of Joby Aviation, has been working out the many aspects of  eVTOL flight for over the past decade.  Starting with kites that would generate electricity and pass it down their tethers to ground-based substations, he advanced to investigate how tilting wings and tilting rotors could safely carry passengers to their destinations.  He initially recruited a small band of engineers that’s grown to over 700 employees today and created sky taxi that’s drawn the attention of Toyota, Uber, and several venture capitalists.

Most makers of eVTOL machines promote their machines through videos that have musical soundtracks covering operational noises.  This is true even for Joby, as this recent promotional video shows.  Such soundtracks might disguise the high noise levels that would otherwise spoil the illusion of silent, effortless travel.

But in a special introduction to the aircraft by JoeBen himself, the new craft seems incredibly quiet.  JoeBen does not have to raise his voice to be heard over the downwash of the six rotors.  (Notice the swirling complexity of the sand around the landing gear).

JoeBen has been able to recruit over 700 workers in the last few years, and Alex Stoll has been with Joby from near its beginning.  Responsible for many of its approaches to translating power to thrust, his efforts stem from his 2012 Stanford dissertation on the “Design of Quiet UAV Propellers.”  The abstract to the paper notes, “Various noise-reduction techniques and their impacts on propeller performance are analyzed, and reduced tip speeds and increased blade counts are selected as most promising for the chosen conditions. Two propellers of different blade counts designed using this methodology are manufactured to validate the methodology, and static test stands are developed to perform this validation.”  His, and doubtless others’ efforts pay off in a dramatic, quiet demonstration with JoeBen calm and relatively unblown.

Such quietude will be essential in establishing city center locations for air traffic.

Demonstrable silence and the much-patented aircraft itself have helped draw in venture capitalist, Toyota and a company called Reinvent Technology Partners, “a special purpose acquisition company from well-known investor and LinkedIn co-founder Reid Hoffman and Zynga founder Mark Pincus.”  Zynga is an on-line game service, so they may provide in-flight entertainment for Joby passengers – although that’s just conjecture on your editor’s part.

Joby and Reinvent Technologies merge through something called a SPAC, a Special Purpose Acquisition Company, seemingly an important tool in UAV/UAM financing these days.  The move allows the combined firms to “go public” and begin selling stock without going through the normal IPO, Initial Public Offering, introduction to their holdings.

The combined companies have a net worth of $6.6 billion dollars, seemingly enough to allow Joby breathing room for future development and expansion.

Reid Hoffman, co-founder of LinkedIn, explains the company’s willingness to work with what might seem to outsiders to be a risky investment.  He even describes the viewing of Joby Aviation’s machine in flight as “enchanting.”  Future travelers will be anxious to find out for themselves.