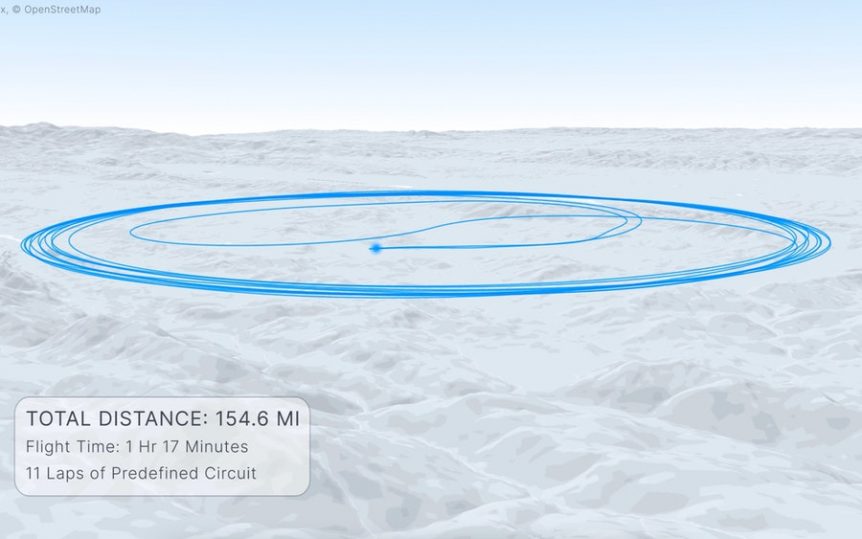 As a follow-up to its recent demonstration of quietude on Public Broadcasting’s “Great Electric Airplane Race,” Joby staged a head-to-head test of its near silent operation against other aircraft.  Note the perceived noise and the aural signature as each craft passes overhead.

One thing prominent in Joby’s on-line presence is their promise that their electric air taxi will be able to travel 150 miles on a single charge – including a vertical takeoff and landing.

Flown from the ground by Chief Test Pilot Justin Paines, the machine, “…Took off vertically before transitioning to forward flight and completing 11 laps of a predefined circuit. After more than 1 hour and 17 minutes in the air, the aircraft landed vertically, having covered a total distance of 154.6 statute miles.”

JoeBen Bevirt, founder and CEO of Joby, explained the significance of the speed and distance involved.  “We’ve achieved something that many thought impossible with today’s battery technology.” He added, “By doing so we’ve taken the first step towards making convenient, emissions-free air travel between places like San Francisco and Lake Tahoe, Houston and Austin, or Los Angeles and San Diego an everyday reality.”

Of note, batteries used in the flight were commercially available lithium ion batteries adapted for aerospace use.  With an NMC (nickel manganese cobalt) cathode and a graphite anode, Joby chose these because they allowed VTOL flight and demonstrated cycle life of “more than 10,000 of our expected nominal flight cycles.”  Jon Wagner, Head of Powertrain and Electronics, formerly worked at Tesla, and notes, “We’ve been able to create a remarkably efficient aircraft that can make the most of today’s commercially available batteries.”

Imagine this short flight demonstration with a longer middle part, the vertical lift and descent being only a small part of the total flight and a 150-mile cross-country excursion inserted in between.  This type of strategy, along with the aerodynamics of fixed-wing flight in the cruise segment, help enable the range and speed involved.

Joby’s newly-announced office in Washington, D. C. is going to be different.  Visitors will be able to “fly” a state-of-the-art simulator and get a “hands-on” experience different from those often reported in D. C. offices.  Joby hopes to support the collaborative work it’s engaged in with the military and private industry while furthering approaches to eventual commercial certification of its enterprise. 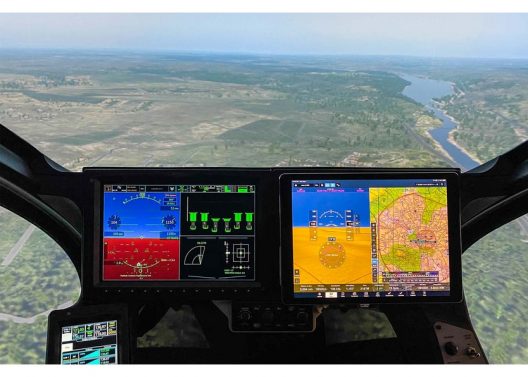 Visitors to Joby’s Washington, D. C. office will be able to control a simulator showing what a ride around the nation’s capitol will look like from a Joby sky taxi

Already a multi-year partner in the Agility Prime program and seeking FAA Part 135 certification, Jody will be well positioned in its new office to sell the ideas and hardware of a new aviation age.  This includes a joint effort with JetBlue Airways and Signature Flight Support to build a pathway to the utilization of electric and hydrogen aviation credits.  Joby explains, “The company is also working with policymakers and local governments to support community-based planning grants for aerial ridesharing as well as the development of electric aviation charging infrastructure.”

Greg Bowles, Head of Government Affairs at Joby,  “We look forward to accelerating the industry’s education efforts on the dramatic benefits that zero-emissions aviation and eVTOL flight enable and we’re grateful for the support of key government and industry stakeholders who have already visited our new DC office and experienced Joby flight in our simulator,” added Bowles. “We look forward to welcoming many more thought leaders and policy makers as we demonstrate the global importance of the clean future of flight.”

Your editor’s personal observations of JoeBen’s approach to managing is that he has a gift for implementing the many steps that lead from inception to realization.  His practical and political steps so far allow us all to look forward to an exciting future.