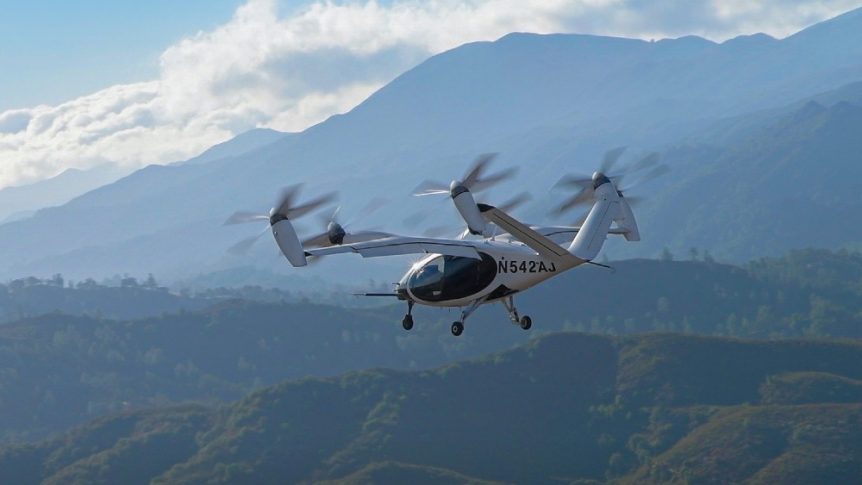 Joby Aviation is one of few “unicorns” in the electric Vertical Take Off and Landing (eVTOL) market, a billion-dollar enterprise.  With funding coming from Toyota, several venture capital investors, Uber and the U. S. Army, Joby seems poised to demonstrate Urban Air Mobility (UAM) in a serious way.

In 2011 JoeBen Bevirt, founder of Joby Energy, Joby Aviation, and creator of those knobby-looking tripods you see everywhere, invited Patrick McLaughlin to visit his design studio.  Your editor got to tag along.  On Woodpecker Ridge, north of Santa Cruz, JoeBen’s barn-like studio housed about a dozen engineers and designers all working on electricity-generating kites.  He wore a T-shirt reading, “If you’re not living on the edge, you’re taking up too much room.”  That edginess has helped him, in the last decade to be a major player, with now over 500 employees in the aviation sector.  JoeBen and Patrick discussed motor design and integration with a controller Patrick had built from off-the-shelf components. 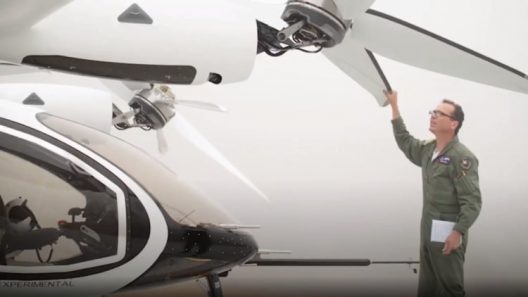 Rupert Neate, “Wealth Correspondent” for the Guardian, seems to be the proper reporter for this.  He explains, “Uber has sold its… flying taxi division, Elevate, to a Californian startup as it abandons costly side projects in an attempt to turn a profit next year.”  The term “startup” hardly qualifies, with Joby having committed aviation for at least the last ten years.

“The sale to Joby Aviation, announced late on Tuesday, comes a day after Uber ditched ambitions to develop its own self-driving car and sold its autonomous vehicle division, Advanced Technologies Group (ATG), to the startup Aurora Innovation for $4bn (£3bn).”  Uber and Joby seem committed to working together for the immediate future, with Uber investing an addition $75 million in Joby as part of an “expanded partnership.”

Dara Khosrowshahi, Uber’s chief executive, included something beyond PR-speak in his announcement. “Advanced air mobility has the potential to be exponentially positive for the environment and future generations. This deal allows us to deepen our partnership with Joby, the clear leader in this field, (italics by your editor) to accelerate the path to market for these technologies.”

While this may “elevate” Joby, Uber is cutting back on its self-driving cars development, focusing on core businesses – ride hailing and food delivery – and cutting back on costs and employees.  As Neate reports, Uber’s “robotaxis” have battled public distrust after an Uber car killed a woman crossing a street in Arizona.  Uber has also been in court with Google’s self-driving car project Waymo, over alleged technology theft.

The Airplane and Its Maker

Joby, valued at $2.6 billion earlier this year, explains its prototype “zero emissions” aircraft will carry four passengers and a pilot, have a range of up to 150 miles and a top speed of 200 mph.

Battery-powered and sporting six large rotors on pivoting mounts, Joby’s UAM was revealed after hiding in a gravel pit above Santa Cruz.  It was moved to Hollister, California for more extensive flight tests, but will be moving once again for Air Force testing.

Brian Garrett-Glaser of Verticalmag.com reports that in the same week it closed its agreements with Uber, Joby was awarded the first airworthiness approval by the U.S. Air Force of an eVTOL aircraft.  Agility Prime, an Air Force program meant to speed up development of such technology, works to support “more rapid certification” for craft such as Joby’s by the Federal Aviation Administration.  Flight testing will take place at Fort Hunter Liggett on the California coast.

JoeBen applauds the move.  “Through [the Defense Innovation Unit] and our partnership with Agility Prime, we have access to a range called Fort Hunter Liggett, where we’re able to very safely test our aircraft, and it’s been a transformative capability for us that we’re very grateful for.”  Between Joby and several other suppliers, the Pentagon plans to spend around $100 million yearly on such testing, according to the Wall Street Journal.

What will the money from Toyota mean?  Will Joby take on electric technology, including proposed solid-state batteries, from the automaker?  Several things suggest stumbling blocks along that path.

Toyota has a history of downplaying battery electric technology, preferring instead to develop and market a successful line of hybrid electrics.  Prius is a readily recognized brand name these days.  At the same time, the company is releasing a major redesign of its Mirai hydrogen car, despite their being few hydrogen “filling stations” outside California.  Toyota is building a significant hydrogen infrastructure at its Port of Long Beach Fuel Cell Energy Project site.

Which aspects of Toyota’s technology Joby chooses to exploit or ignore is an open question at this time.  Joby has enough of its own inventiveness from which to draw.

EVTOL News reports on Joby’s “recent flood of patents.”  The News explains, “Like many start up technology companies, these pioneers of the eVTOL industry have kept many details of their aircraft development programs very close, in order to maintain tight control of their intellectual property (IP).”  But, as reported, recent patent applications tend to reveal more details, including Aircraft Control System and Method,” and the first publicly available drawings of the Joby 2.0 tilt-propeller eVTOL.  Of probable interest to the whole electric vehicle market, items such as the Joby Battery thermal management system and their System And Method For Aircraft Noise Mitigation will doubtless attract attention. 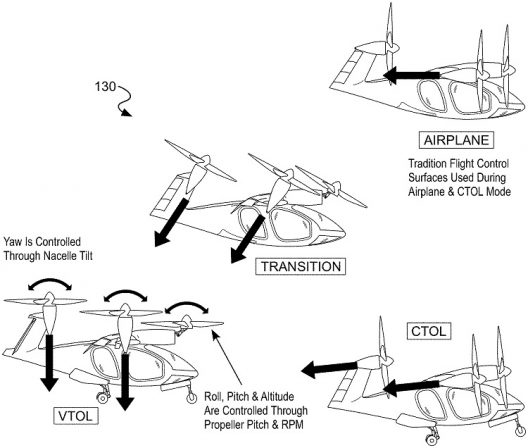 Other Joby patents date from 2000 and cover all aspects of Joby’s enterprises, including those flexible camera tripods and other gear.  Many are early efforts at attaining airborne electrical collection with kites, or fledgling approaches to eVTOL flight. 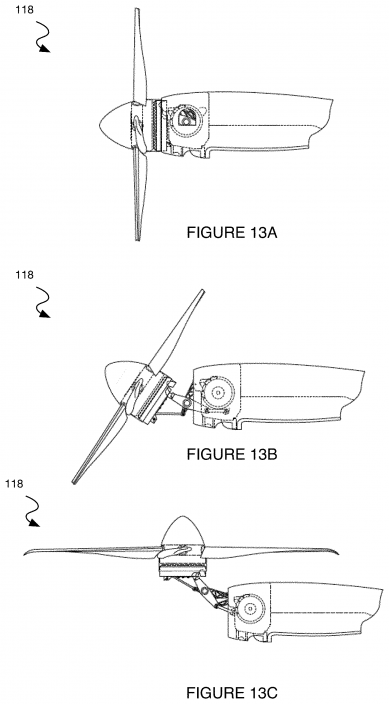 By no means an overnight sensation, JoeBen and his growing team are as capable as anyone of setting the course for future flight.  With all the financial assistance coming their way, they should be free to move forward.