John Langford has been a leading exponent of new directions in aeronautical technology.  From his work as project manager with MIT’s human-powered Daedalus project to his executive leadership with Aurora Technologies, he has crafted electric, autonomous, and downright astonishing vehicles.   The following video is long, but insightful and exciting.   We see Langford in several early scenes.

Having seen Daedalus conquer the Sea of Crete like the mythical first airman, Langford spread his reach into ever more technologically complex problems.  His resume is deceptively short, since he’s held only two jobs since leaving college.  His LinkedIn bio is brief, but telling.

“John Langford is the founder and CEO of Electra.aero, a startup developing hybrid electric aircraft for regional mobility. He founded Aurora Flight Sciences in 1989 and served as Chairman and CEO through 2019. He is a member of the National Academy of Engineering and serves as President of the American Institute of Aeronautics and Astronautics (AIAA).”

The video gives a small idea of the many innovations he helped create from his start in a “garage shop” in 1989 to his selling Aurora Flight Sciences to Boeing and starting a new venture, Electra.Aero.  Aurora grew to over 500 employees in four domestic and one Swiss locations, a remarkable achievement for any business.

A timeline chart complements the video and highlights the number of configurations and approaches Aurora accomplished.

He told Aviation Week, “I left Aurora and Boeing in January, and I’ve been working to start a new company focused on hybrid electric for regional mobility.  It’s virtual today, in the organizational stage and by the time the pandemic ends I hope we’ll be in a position to take it to the stage of a real in-person company.”  Like several others, he is turning from vertical flight to more conventional configurations, but those which promise near-helicopter performance.  Somewhat under the radar, much of his new direction can be seen in two white papers by MIT associates.

The first, An Assessment of Electric STOL Aircraft, by Christopher B. Courtin and R. John Hansman, compare eVTOL (electric Vertical Take Off and Landing) and eSTOL (electric Short Take Off and Landing)-type aircraft and considers that, “Compared to VTOL vehicle concepts, STOL aircraft may have improved mission performance (in terms of range, payload, or speed for a given vehicle size) and an easier pathway to certification.”

The second, Flight Test Results of a Subscale Super-STOL Aircraft, by Courtin, Hansman, and Mark Drela (one of the original designers of Daedalus) provides data from tests of a 30-percent scale model of a projected four-seat craft.  The highly-flapped, eight motor design showed an ability to take off and land in spaces normally reserved for helicopters or multi-rotors. 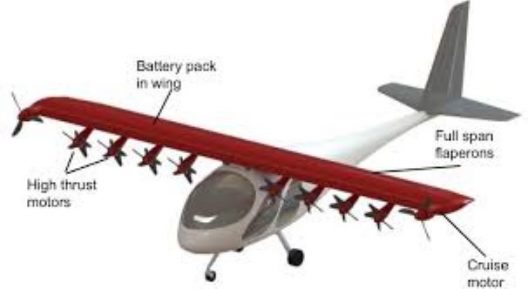 MIT’s SuperSTOL design comes from compatriots of John Langford with whom he’ worked for decades.  Tip propellers are not seen in flight photographs.

One finding: “With a relatively modest amount of blowing power – a static thrust/weight of 0.45 – the flight tests show that the blown wing SuperSTOL concept can generate high lift coefficients greater than 10 in flight.” 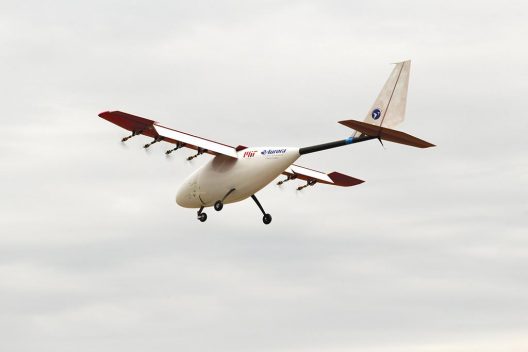 Much like Pyka, his aircraft, which could range from four to 35 seats, will take off and land “in a couple of hundred feet,” and allow sharing operational space with eVTOL craft (on which Aurora continues to work).  There is little detailed information on the planned machines other than that they will use some form of distributed electric propulsion and like the MIT test machine, extreme high-lift devices.

Langford sees Swiss company Pilatus as a role model, a niche operation building a range of well-targeted craft for specific uses.  Your editor likes to think that an American company can fill equally useful niches in the coming urban air mobility market.