It came as somewhat of a shock that high-quality lithium battery prices could drop low enough to encourage electric aircraft developers an opportunity to “scrounge” in the style of the original home-built airplane builders.  Early aircraft “home-builders” often cannibalized war-surplus aircraft or wrecks of private planes for parts and materials that could be adapted into their own designs.  Ground power units (GPUs), for instance, became an early supply point for engine cores that could be converted to aircraft use – possible on “Experimental” homebuilts, although frowned upon by the FAA for factory-builts.

Your editor thought at one point that auto wrecking yards might provide a source of used batteries for experimental electric airplanes, but the thought of all the internal fracturing and potential for disaster with batteries of previously stable but now uncertain reliability cooled that enthusiasm.  These batteries should not be used, but rather recycled. 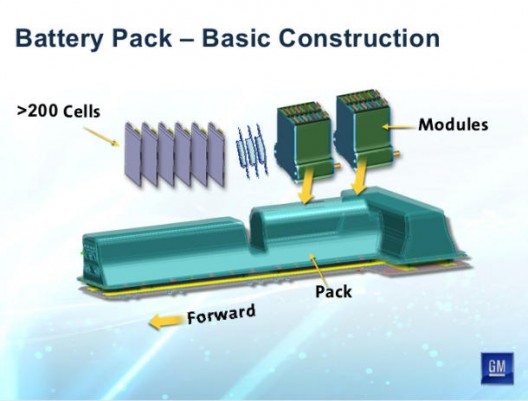 A discussion in Green Car Congress surprised with seemingly ultra-low, but verifiable prices on new batteries.  As Bob Wallace, one of the discussers, noted, “On a GM Parts Store site a replacement battery for the 2012 Chevy Volt is listed at $2,305.88.  No core (used battery) return required.

Bob seems as incredulous as your editor.  “These prices seem so low that they seem wrong.  (Certainly the platform only appearance of the part argues that batteries are not included – but pricing from Tesla shows a comparable price per kWh.)  My local Chevrolet dealer says there are three separate battery sections, with number 1 costing $1,359, 2 going for $1,103, and section 3 adding $1,863 for a total of $4,325.  Note that on-line prices have a large discount.

“At $120/kWh (wholesale) a 200-mile range EV battery 65 kWh pack in a Tesla-sized car 65 (60 is the model designation Tesla uses) would cost under $8k. That’s not much more than the cost of an [internal combustion engine] and all its systems.”

That estimate is not even close, with a Tesla forum citing a $30,000 replacement cost for an 85 kWh pack, although a pre-paid alternative lowers that to $12,000.  Part of that is based on a ten-year service life and an anticipated replacement cost a decade out of about $15,000.  Tesla gets to invest the buyer’s money in the meantime.

Tesla’s full price breaks down to $353 per killowatt hour, while the pre-paid amount would be  $141 – extremely competitive. 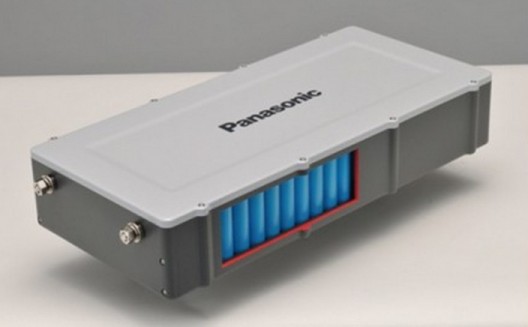 As many as 7,000 cylindrical cells go into the Tesla S floorboards

These prices would include only the battery package, and not the associated battery control module (probably similar to the battery management system – BMS – attached to most vehicle battery packs), cables and other support systems.  Certainly one Volt battery could provide cells for several builders’ projects, and a group might help teach and enable one another to create useable packs.

Think of that as a way to scale up what model builders have been doing for at least a decade. 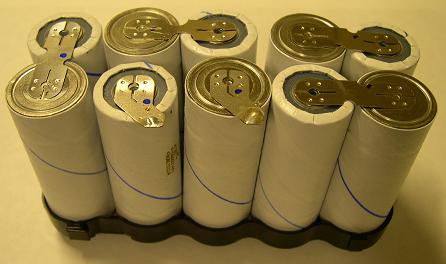 A123 cells as they look when removed from power tool battery pack. Illustration from SLKelectronics.com

More than one enterprising person showed how to deconstruct a DeWalt 36-Volt power tool battery pack and reconfigure it as a pack for his model airplane.   See two different approaches here and here.

Eva Hakansson takes this into a much larger context, using the same A123 cells and putting together a 500-horsepower pack for her husband Bill Dube’s Killacycle and a 400-hp pack for Killajoule, her salt-flat streamliner.

A few caveats are in order.  Some practices used in model battery packs may not work well at larger scales.  Many model battery packs, and those used in cell phones and other mobile devices, come sealed in a tight plastic shrink wrap.  Randall Fishman of ElectraFlyer recommends avoiding this for “real” aircraft because of possibly hazardous heat buildup, and each cell in his packs is surrounded by lots of freely-flowing air.

Anyone attempting this should study the many examples on the Internet and become familiar with safe operating practices.  Eva Hakansson, for instance, wears a ceramic wedding ring to prevent inadvertent discharges while building packs.  Learn industry standards for static protection and seek out help from knowledgeable individuals whenever possible.

Do not even think about doing this unless you are willing to study and learn the skills necessary to accomplish this safely.  Otherwise, several qualified people and enterprises will be happy to sell you a ready-to-go pack with BMS, charger, and all necessary cables.