What if your battery served also as a wing or a fuselage?  Several current efforts converge on creating batteries or supercapacitors that could function as structural elements in electric vehicles.  We’ve reported on this before, with efforts by Dr. Emil Greenhalgh at Imperial College London and associated work by Volvo to make car components from the type of energy storing sandwich structure he developed.  Your editor’s article on the “Grand Unified Airplane” in the July 2013 issue of Kitplanes magazine advanced the idea that such structures, coupled with graphene’s projected capabilities to collect solar energy, could lead to a self-powering aircraft.  (In researching the current entry, he found that his idea had been done at model scale by BAE.)

BAE’s structural battery airplane, although at a smaller scale than most of us would find useful

Reports from two universities show that others are working toward making that dream less than an idle fantasy.  Researchers at Vanderbilt University are making headway toward creating a “Multifunctional Load-Bearing Solid-State Supercapacitor,” as titled in the American Chemical Society’s journal, Nano Letters.

The paper says the material, “ion-conducting polymers infiltrated into nanoporous silicon that is etched directly into bulk conductive silicon,” can  “[maintain] energy densities near 10 W h/kg with Coulombic efficiency of 98% under exposure to over 300 kPa tensile stresses and 80 g vibratory accelerations, along with excellent performance in other shear, compression, and impact tests.”

The low energy storage levels compared to lithium ion batteries which can hold up to 250 Watt-hours per kilogram are nothing to write home about at this time, but in a 1,000 kilogram car, or 400 kilogram light sport aircraft, could provide at least some stored energy that would not require the added weight of separate batteries.

Graduate student Andrew Westover and Assistant Professor of Mechanical Engineering Cary Pint have created a series of “small, dull grey wafers” in Vanderbilt’s Nanomaterials and Energy Devices Laboratory that, despite their “nondescript” appearance, are cause for excitement in the materials world. 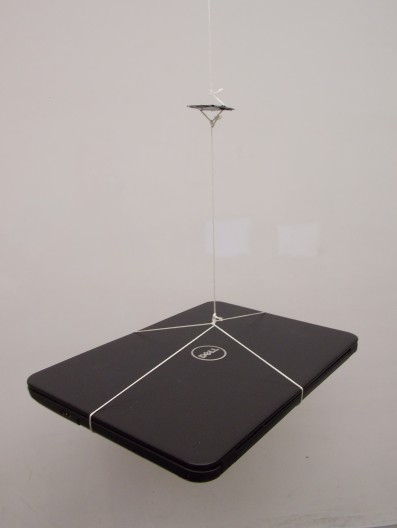 Supercapacitor holds up heavy laptop without affecting its electrical capabilities

The device created in Vanderbilt’s lab “stores electricity by assembling electrically charged ions on the surface of a porous material, instead of storing it in chemical reactions the way batteries do.”  According to the school’s press release, their “supercaps can charge and discharge in minutes, instead of hours, and operate for millions of cycles, instead of thousands of cycles like batteries.”

In their paper, the researchers say the new structural supercapacitor “operates flawlessly in storing and releasing electrical charge while subject to stresses or pressures up to 44 psi and vibrational accelerations over 80 g.”  Even better, supercapacitors last forever compared with batteries, going for perhaps millions of cycles rather than thousands.

Vanderbilt’s wafers are made from silicon electrodes chemically treated so they have nanoscale pores on their inner surfaces.  These are then coated with “a protective ultrathin graphene-like layer of carbon. Sandwiched between the two electrodes is a polymer film that acts as a reservoir of charged ions, similar to the role of the electrolyte paste in a battery. When the electrodes are pressed together, the polymer oozes into the tiny pores in much the same way that melted cheese soaks into the nooks and crannies of artisan bread in a panini. When the polymer cools and solidifies, it forms an extremely strong mechanical bond.” 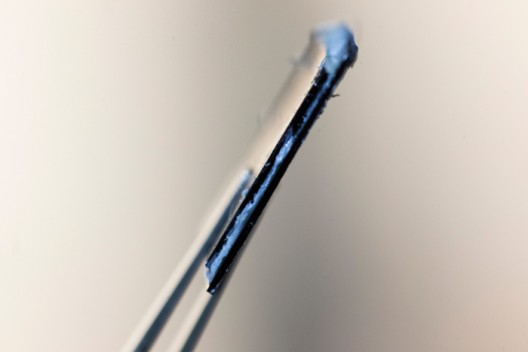 In a similar effort, scientists at Sweden’s KTH Royal Institute of Technology are using carbon fiber not only as an energy storage medium, but are incorporating it “as an active electrode in a multifunctional structural li-ion battery in an electric car.”  Carbon fiber, it turns out, has a high lithium intercalation capability, meaning that high numbers of lithium ions can insert themselves into the carbon structure.

Eric Jacques, a researcher in vehicle and aerospace engineering at KTH, has been studying the use of carbon fiber as a structural element and as an active electrode in lithium ion batteries.  In battery mode, intermediate modulus polyacrylonitrile (PAN)- based carbon fibers were not only strong, but had “the most promising electrochemical capacities when compared to other fiber grades with different microstructures.”  The energy density of the fiber was close to that of graphite electrodes used in lithium ion cells, but structural changes came about during repeated charge/discharge cycles.  Electrical properties remained unchanged for the most part, and tensile strength of the material dropped irreversibly when fibers elongated during charging (lithiation) from having “lithium trapped in the fibers,” and partially recovered during discharging on the first cycle.  The implication seems to be that changes are not significant and that subsequent cycles seem to have no effect on electrical or structural qualities. 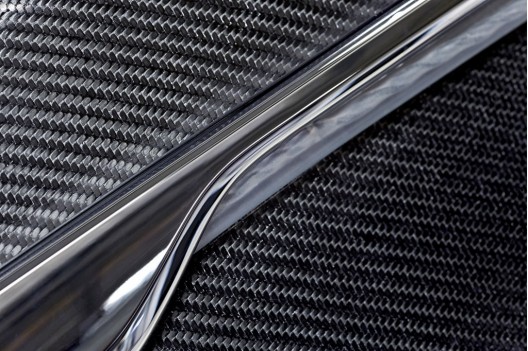 Jacques concludes, “From these results, the carbon fiber is without doubts suitable for structural battery applications.”  He also notes, “A mechanical-electrochemical coupling in lithium-intercalated carbon fibers was also measured, highlighting a piezo-electrochemical transducer effect resulting in new functionalities for lithium-intercalated carbon fibers. The longitudinal expansion strain can be used for mechanical actuation. A response of the cell open-circuit potential to an applied mechanical strain can be used for strain sensing.”  The possibilities of a structure reporting on its well-being would be of great comfort to pilots maneuvering through extreme turbulence.

Researchers explain that they still have work to do before they can show the world “finished batteries,” but such efforts point toward an elegant, integrated structural and energy storage solution that would suit electric vehicle design beautifully.