Urban Air Mobility (UAM) may be only a small part of electric aerial transport in the next decade.   Longer-range vehicles may enable longer aerial commutes to affordable country homes. Cities are becoming too expensive for most families, and examples abound of commuters traveling over 100 miles to and from work.  Two years ago in San Francisco, for instance, the cheapest home (a true “fixer-upper”) was listed at $699,900, a sum that used to include significant acreage and servants’ quarters.  A “typical” home price in SFO is over $1,400,000.  As a result, workers travel from places like Manteca, 76.4 miles downtown to downtown and one hour, 35 minutes in a car on a good day.  Manteca’s homes average less than $400,000.

During the 2019 Sustainable Aviation Symposium at UC Berkeley’s Pauley Ballroom, Susan Dell ‘Osso, President of River Islands Development LLC, talked about Planning Sustainable Communities for California’s Future. She didn’t sell condos and single-family dwellings, but, “Cited the untenable commute times that affect people who work in the Bay Area but have to live in the Central Valley. She explained that just three small airparks could serve the entire 5,000 acre community of River Islands near Tracy, California.  If such airparks were served by electric aircraft, pollution caused by long automotive commutes could be a thing of the past. 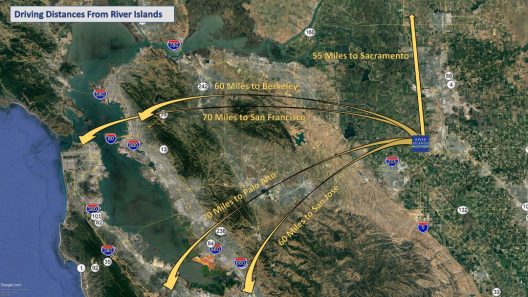 Commute distances from River Islands development. These would all be shorter by air, saving even more time.  Relaxation factor would be enhanced enormously over grueling highway commutes

This fits Piper’s vision with cleaner, less costly operations (avgas was 25 cents per gallon in the 1940s, and closer to $5.00 in 2021).  A no-wind, well-leaned trip in a Cessna 150/152 would consume $25.00 each way on the daily commute, and all the concomitant costs for maintenance, licensing, etc.  Given that traditional aircraft are subject to weather delays, winds, and other forces of nature, a self-flying or shared electric commuter vehicle would be preferable for costs and reliability.

Perhaps reflecting Piper’s never-realized future, planned developments like River Islands, or designated facilities such as Lake Nona herald the medium-distance commute that fits neatly with the range and capabilities of Lillium, Dufour Aerospace’s aEro 3, Jaunt’s Rosa, and Joby’s certified machine.  All can meet regional range requirements and are faster than the light aircraft promoted by Piper and others in the 1940s. 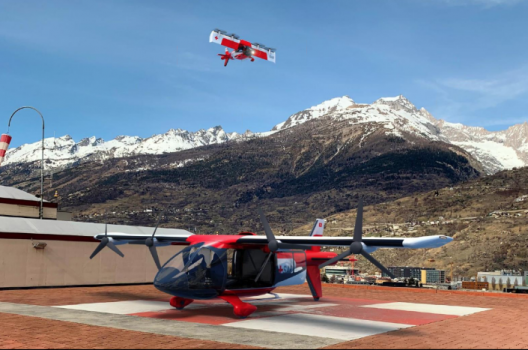 Beyond that, a quick aerial trip from work to home (perhaps even with a rooftop to doorstep ease) would cut drive times in half, enabling more and better home life, and the enjoyment of a an environment (physically and spiritually) being healed by conscious decisions.

Jaunt Journey, much like other modern designs, includes autoflight and communications systems to enhance safety

We’ll do an entry soon on the longer-range eCSTOL (electric Conventional Short Take Off and Landing) aircraft that will enhance transportation over 300- to 600-mile journeys.   The market is heating up and designers are advancing the technology.