Even while Jeff Bezos at Amazon and competitors like UPS and FedEx strive to deliver packages to your front door, a Transylvanian experiment in extreme biomicry promises to make delivery in the dark of night the new standard. 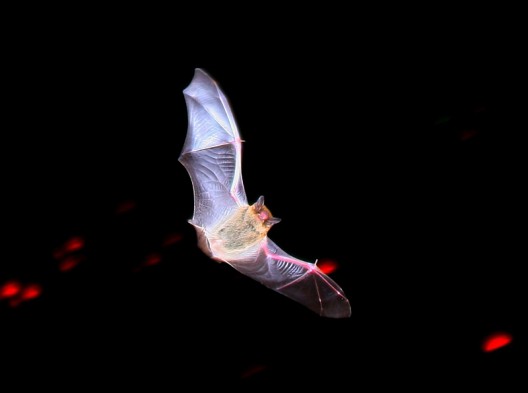 Bat flying at night – both the biological and business model for Lugosi Enterprises.   The company struggled with nine such plans before deciding on this model.

While other drone makers use fixed- or rotary-wing configurations, Lugosi Enterprises relies on a radical, human-powered ornithopter with the ability to change shape and size depending on the stage of the mission in which it is engaged.  This proprietary technology is shrouded in secrecy, but enables the wingsuit wearer to shrink to an extraordinarily small size, at which point, according to Lugosi spokesperson Dwight Frye, the operator can fly an undisclosed distance in total silence, except for an occasional annoying high-pitched piping noise.

For reasons best known to the Lugosi operation, deliveries will take place only at night, and will not be curtailed by high winds, thunder, or multiple lightning strikes.  Navigation will depend on bat-like echolocation, in which sounds emitted by the flyer help pinpoint obstacles and guide the operator to his or her destination (although few females are hired for these jobs – possibly a reflection of 19th-century laws still prevalent in some remote sections of Transylvania). 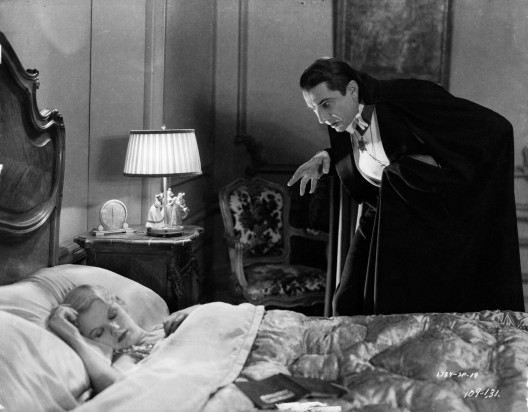 Having delivered book  (already open to her preferred page based on algorithms used to determine customer preferences) to sleeping customer,  delivery person stares at odd hickey on her neck.   Wing suit details are closely held secrets

Dr. van Helsing, professor of Arcane Studies at the University of Transylvania*, has acted as adviser to the project, and notes that one of the more astounding features of the delivery service is its ability to make bed-side deliveries late at night, perfect for imsomniacs anxious for the latest Steven King novel.  One can refuse delivery by wearing a cross on a necklace to bed, or accept by forgetting that accessory.  One must remember to leave the window or French doors open to ensure successful receipt of the order.

While Amazon might drop a package on your doorstep, and Flirtey might lower its package on a slender line, only Lugosi brings things while you’re sleeping.

*Not to be confused with Kentucky’s Transylvania University, a real liberal arts college.