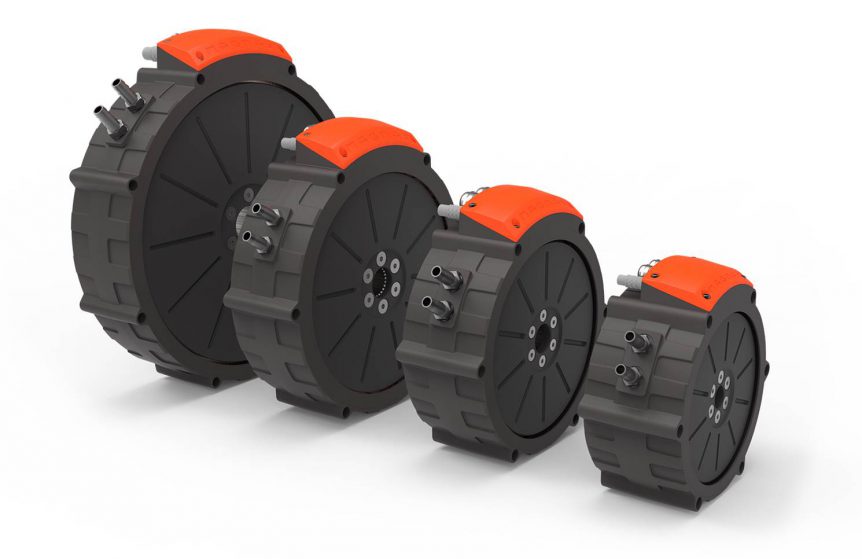 Echoing, in this editor’s mind, the collaboration between Oxford University and YASA motors, a recently announced motor from Belgium’s Ghent University and Magnax, makers of what they term an “axial flux machine.”  Similar to YASA’s products, the motors are yokeless, which the makers claim promotes lower weight and the shortest possible flux path.

Beyond this feature, the motor/generators offer “A patented system for cooling the windings, for the lowest possible stator temperatures.”  According to Magnax, their Dual permanent magnet rotors give “the highest possible torque-to-weight ratio.”  Rectangular section copper wire fills more area than round wire and concentrated windings allow “the lowest possible copper losses (no coil overhangs).”  Grain-oriented electric steel lowers “core losses by as much as 85-percent.”

The company’s white paper gives graphic and written explanations as to why these factors enable the Magnax motors to achieve 96-percent efficiency.  While the company compares their motors to large, stationary industrial motors which apply radial flux to their operation, it might be more productive to compare them to other lightweight axial flux units, such as those from Emrax or YASA. 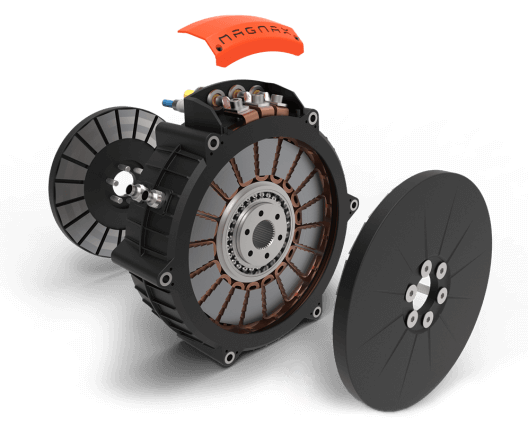 Magnax shows, in its white paper, that their motors can be as small as 150 millimeters (5.9 inches) in diameter to over 5,400 mm (212.6 inches).  The larger sizes would be destined for industrial or wind turbine applications. 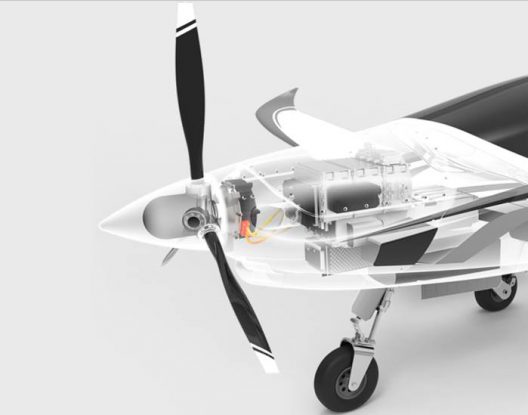 Magnax motor as it might be mounted in a light aircraft

The company hopes to have production motors available by the end of this year, with some introductions in October.  With direct drive and significant power-to-weight ratios, Magnax’s intended markets in transportation and wind turbines seem like logical places to see this technology in action.  Now, if we could see a similar improvement in batteries….