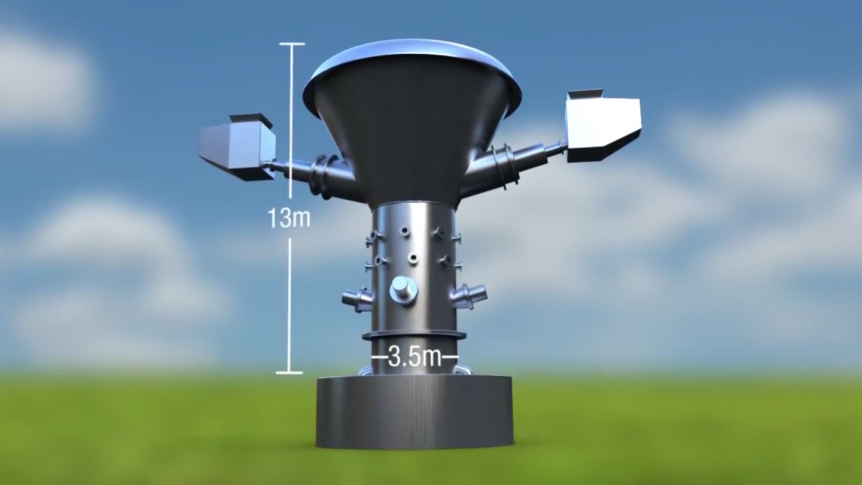 What if we could make “clean” hydrogen from plain water, with none of the problems associated with coal, oil or gas extraction and the waste byproducts produced in extracting brown or blue H2?  Several approaches such as artificial leaves have been developed, but a totally different new approach seems incredibly promising.  A promising approach may lead to greener-than-green hydrogen.

The Race to Invent the Artificial Leaf

Varun Sivaram, in his book Taming the Sun discusses how Nate Lewis at Caltech and Daniel Nocera at Harvard “determined to find a way to wring fuel out of thin air.”  Each has created an “artificial leaf” that emulates the photosynthesis performed naturally by real leaves.

A real leaf is far more complex than one would imagine, and the chemical interactions inside even more so.  For all that, photosynthesis is only one percent efficient.

“A commercially viable artificial leaf would solve several of the trickiest challenges in clean energy. It would create a way to directly and affordably store solar energy while producing a carbon-neutral fuel that could transform the transportation sector, even offering a way to make long-distance air travel environmentally sustainable.”

Daniel Nocera succeeded in making a playing card-size artificial leaf, but had difficulty in scaling it to useful size.  After starting a company called Catalyx, he partnered with Indian industrial giant Tata to bring a larger leaf-based system to market.  According to Wikipedia, “The ideal was to create a stand-alone miniature plant capable of providing enough ‘personalized energy’  to power a small home.”  Lockheed-Martin bought Catalyx, but found scaling the processes to be too expensive.  Nocera continues with his Nocera Lab at Harvard to explore, “The chemistry of renewable energy.”

Nathan S. Lewis created his own artificial leaf years ago, and has expanded that research into a new and quite literal field.  Head of the Lewis Research Group (Making Fuels From Sunlight) at the California Institute of Technology,  Lewis is also Editor-in-Chief of  Energy and Environmental Science, published by the Royal Society of Chemistry.

The Research Group has an optimistic outlook for its products.  “Solar fuels would provide the same quality and quantity of energy services that end-users are used to, without a massive change in infrastructure, and hence would produce “drop-in” fuels that could serve critical sectors of the energy economy both in the developed and developing world.  The feedstocks for solar fuels are abundant: sunlight, water, carbon dioxide, and nitrogen from the air.  Solar fuels are sustainable and produce no net carbon dioxide emissions.”

Two major obstacles block the way forward: high costs for solar-generated fuels and the need for, “radically new materials and system designs, that can be installed simply and at low costs.”  Noted in the video, materials and systems are a major part of Lewis’ teaching and his Group’s endeavors.

A  major report on green hydrogen published by the International Renewable Energy Agency (IRENA) in September warned that the fuel “should not be considered a panacea.”

“A hydrogen-based energy transition will not happen overnight,” their report states. “Hydrogen will likely trail other strategies such as electrification of end-use sectors, and its use will target specific applications. The need for a dedicated new supply infrastructure may limit  hydrogen use to certain countries that decide to follow this strategy. Therefore, hydrogen efforts should not be considered a panacea. Instead, hydrogen represents a complementary solution that is especially relevant for countries with ambitious climate objectives.”

Perhaps IRENA and others are too pessimistic.  A new project in Lancaster, California will become the world’s largest hydrogen production facility when it achieves full operation in 2023.  Able to generate up to 11,000 kilograms (24,200 pounds) per day or 3.8 million kilograms (8.36 million pounds) per year.

Lancaster promises a “guaranteed feedstock of recyclables,” about 42,000 tons per year – mostly wastepaper to start with, and possibly followed with the many things that bedevil recyclers and landfills, such as plastic, tires, textiles and even food garbage.  In return, the City will save $50 to $75 per ton in “landfilling and landfill space costs,” or about $2.1 million per year.

It will have cleaner air, eliminating the many Diesel-fueled trips to landfills outside the city, and the methane released from those landfills.  Better still, the extraordinarily high temperatures of the process enable pollution-free disposal of materials without burning any fossil fuels.

SGH2 was started by a pioneer in plasma technology – Solena Plasma Enhanced Gasification (SPEG) –  explained on their web site.  “SGH2’s unique gasification process uses a plasma-enhanced thermal catalytic conversion process optimized with oxygen-enriched gas. In the gasification island’s catalyst-bed chamber, plasma torches generate such high temperatures (3500º-4000º C), that the waste feedstock disintegrates into its molecular compounds, without combustion ash or toxic fly ash. As the gases exit the catalyst-bed chamber, the molecules bound into a very high quality hydrogen-rich biosyngas free of tar, soot and heavy metals. The syngas then goes through a Pressure Swing Absorber system resulting in hydrogen at 99.9999% purity as required for use in Proton Exchange Membrane fuel cell vehicles. Our process extracts all carbon from the waste feedstock, removes all particulates and acid gases, and produces no toxins or pollution. The end result is high purity hydrogen and a small amount of biogenic carbon dioxide, which is not additive to greenhouse gas emissions.

A very short video shows the plasma, so hot it becomes a fourth state of matter, used to eliminate pollutants from the process.

SGH2 provides two tables: one that highlights the economy of their H2 production, and another that shows its self-powering aspect.  The latter seems counter intuitive, but would be a boon in not requiring as much supporting infrastructure as other hydrogen production techniques.

SGH2 claims their “greener than green” hydrogen is five to seven times cheaper than green hydrogen made by electrolysis, and cost competitive with hydrogen made from coal or oil.  U. S. Production costs are projected to be around $2 per kilogram.  The firm compares that to brown hydrogen produced from cheap coal in India, which costs US$2 per kg.

Blue hydrogen  costs between US $5 to $7 per kg. in the U. S., and $7 to $11 in Europe and Australia.  Green hydrogen produced through electrolysis using renewable power costs US $10 to $15 per kg, depending on availability.  Other, dirtier methods are less expensive, but at the cost of polluting more.

SGH2’s “stacked modular design is built for rapid scale and linear distributed expansion, at lower capital costs, and on a fraction of the land required for large scale solar and wind farms. All engineering and construction is standardized and quality assured, performed in collaboration with the largest engineering, procuring and construction companies in the world such as Fluor Group.”

The company claims one other advantage.  “Unlike other green hydrogen production from electrolysis with intermittent renewable energy like wind or solar, the SPEG process operates on a year-round base load capacity, and therefore can produce hydrogen at scale more reliably.”

Opening in less than two years, the Lancaster plant will soon be able to demonstrate its capabilities, and whether they live up to the company’s claims.  Demo plants in Europe have shown a high probability of success.