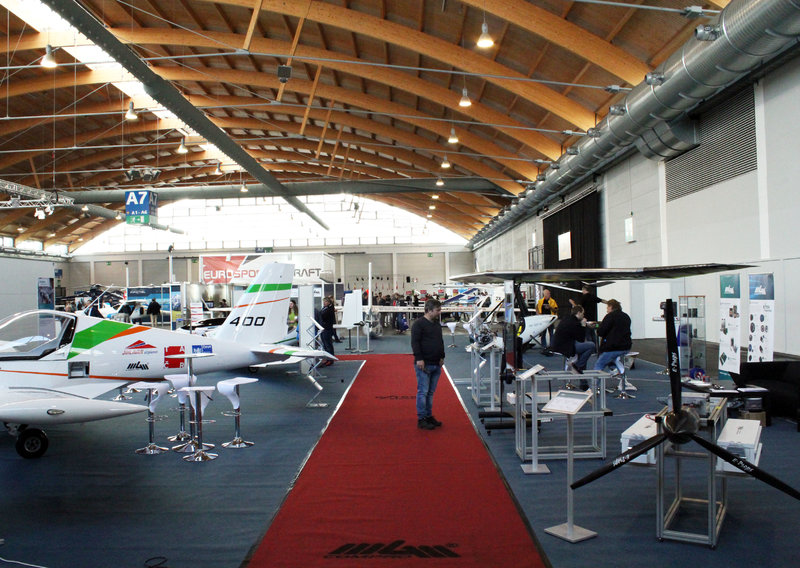 MGM Compro is a Czech company that seems to have a motor on half of every light electric airplane flying today.  Their motors have powered Airbus’s electric Cri-Cri (four 15-kilowatt units), the firm’s e-Fan, Ruppert Composite’s Archaeopteryx, e-Volo’s Volocopter, and any number of motorgliders and light sport aircraft buzzing quietly over Europe, and soon, America.

Certification is usually the route to wide acceptance of a new motor, proof that the unit has passed some rigorous tests and is suited for use in aircraft.  As Martin Dvorsky, Managing Director for the firm reports: We are really proud to announce that [the] MGM COMPRO complex propulsion unit just obtained [a] CERTIFICATE OF AIRWORTHINESS issued by [the] Slovak Federation of Ultra Light Aircraft. This certificate means that the glider and its system has positively passed all the safety and flight tests and can be legally operated by LSZ license holder (UL license counterpart).”

Note the clever motor and propeller folding and retraction system.  This is particularly important on an ultralight sailplane with a narrow center of gravity range.

GP Gliders can now register and sell the GP SE Velo 14 aircraft equipped with the MGM Compro electric propulsion unit.  Because of reciprocal agreements with other countries, the airplanes and their power units can also be sold in Australia, the United States of America, and pretty much any country in the world.

The certification required 18 months of testing and paperwork, which included an examination of the aircraft and power plant, operating manuals and other things engineers usually want to avoid (written from 34 years’ experience in working with engineers).

On Display at Oshkosh With a Different Kind of Motorglider

Brian Carpenter, designer and builder of the EMG-6 motorglider, has been testing various entries into the small airplane motor arena.  He thinks that the MGM Compro REX 30 might just suit his needs.  Martin Dvorsky was able to deliver one in time for AirVenture 2017.

Brian was obviously happy with his choice, but as usual, prudent in his approach.  Part of this comes from selling an experiment craft with an experimental motor. 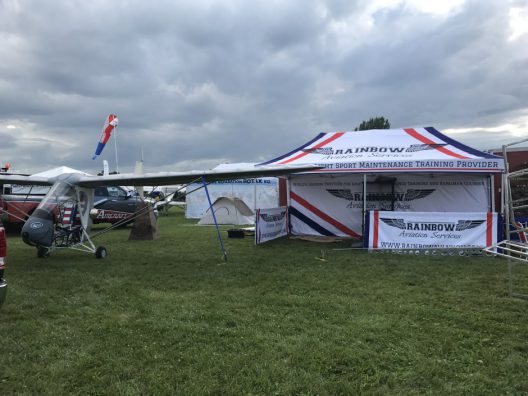 ”The whole goal of this is to have a perfectly matched, reliable, electric motor system that can be basically bolted in the aircraft with minimal knowledge about electric power plant systems. We will document the installation and testing of this powerplant system from day one.  You [will be] apprised of all of our difficulties as well as successes. These guys have been doing this for quite some time now and are starting to become one of the leaders in the industry. They have a whole series of successes on other aircraft and looking through the documentation for the motor, controller, BMS, etc. it’s obvious that they know what they’re doing.”

Martin’s firm explains that its Complex Electric Propulsion Units consist of the motor, controller, charger and battery management system, the essentials to getting airborne (batteries not included). 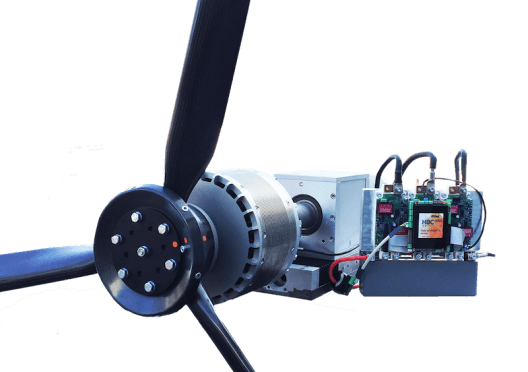 Noting that timing did not allow an operational unit to be shown as AirVenture this year, Brian makes a commitment for the next.  “I can make you this promise though, next year we will have a flying electric EMG-6 at the air show come hell or high water.”

Brian provides the data he supplied to MGM Compro.  Note the specifications are based on the custom windings used by MGM to match the EMG-6’s performance criterial.  His 750 pound gross weight airplane will cruise at 60 mph with a 3,000 rpm cruise setting while 12-16 kilowatts.  The MGM motor will swing a 48-inch three-bladed propeller with a 24-inch pitch.  The motor should be able to provide a maximum 4,200 rpm and 50 foot-pounds of torque.