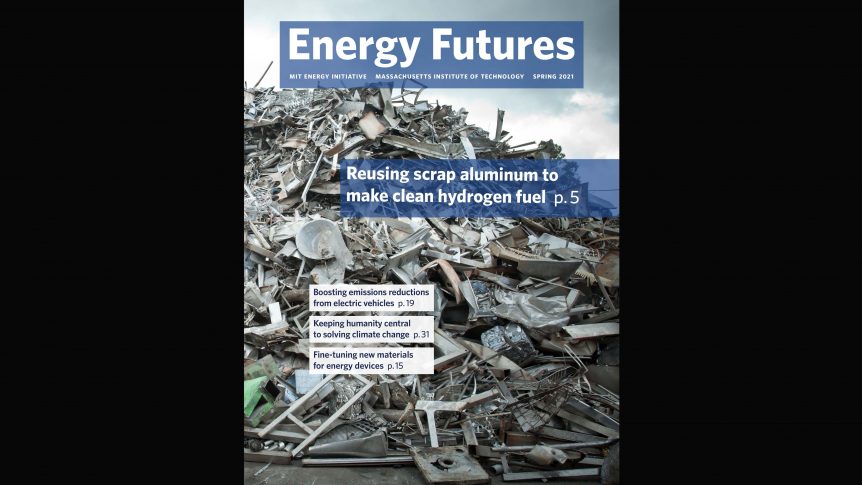 Three Massachusetts Institute of Technology (MIT) researchers may be on the track of producing hydrogen from a reaction between aluminum (the scrappier the better) and water.  Their “simple way” of generating H2 from aluminum and water can take place anywhere, according to the researchers.

Since groups like ZeroAvia and Pipistrel with the DLR (German Space Agency) and HY4 are working toward at least intermediate-range hydrogen-powered flight, an inexpensive way to produce the gas would be a blessing.  Current methods of producing H2 from fossil-fuel-related materials can be more detrimental to the environment than the promise hydrogen would otherwise bring, however.

Corroding but Not Rusting

Dr. Laureen Meroueh along with Professor Douglas Hart and Professor Thomas Eager at MIT have found a way to react aluminum with water at normal room temperature, leading to the formation of aluminum oxide while releasing hydrogen gas.

Under normal conditions, aluminum exposed to water develops a coating of aluminum oxide.  Stanford researchers in 2000 discovered why this does not become destructive “rust” like that on steel. 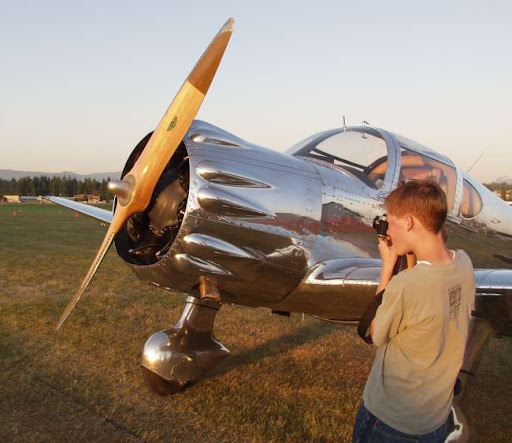 Gordon Brown, Jr., the Dorrell William Kirby Professor of Earth Sciences explains, “Water actually changes the structure of the solid surface.  In the journal I, Brown and others presented the first atomic-level model of what happens when water and aluminum oxide meet. ” As the name would suggest, aluminum oxide is atoms of aluminum and oxygen bonded together.

“But Brown and Trainor discovered that, when water molecules come in contact with aluminum oxide, the aluminum and oxygen atoms on the surface move apart — in some cases separating by more than 50 percent compared to their normal molecular positions.

“As a result, when the outer layer of aluminum oxide gets hydrated or wet, its structure changes just enough to become chemically inert and thus unable to react rapidly with additional water molecules or atmospheric oxygen. This change in molecular structure is why aluminum oxide metal resists corrosion.”  This 20-year-old discovery is key to the MIT researchers’ ability to make H2 from oxidized aluminum.  It takes a little fine tuning, though.

The thin oxide layer on the aluminum keeps the aluminum from corroding further, but also prevents it from reacting any further with water.  To counter that, researchers had Novelis, Inc. prepare pure aluminum and special alloy samples with coatings of, “0.6% silicon (by weight), 1.0% magnesium, or both—compositions that are typical of scrap aluminum from a variety of sources.”

The nifty part of this comes from being able to pretreat the aluminum, transport it anywhere, and then generate the hydrogen on site.  More frugally, such pretreatment could take place anywhere with scrap aluminum, an abundant resource near any population center with convenience stores.

At a wildly simplified level, these coatings act as blockers against the creation of further protective oxidation, but allow reactive things to happen – generating hydrogen when the treated aluminum comes in contact with water.

Laureen Meroueh PhD ’20, professors Douglas P. Hart and Thomas W. Eagar used a technique “first introduced by Jonathan Slocum ScD ’18 while he was working in Hart’s research group.”  They pretreated,  “the solid aluminum by painting liquid metals on top and allowing them to permeate through the grain boundaries, as shown in the diagram below.”

Coating aluminum to prevent protective oxidation.  The idea of permeating metal with a liquid may seem counterintuitive, but is necessary to the process

Researchers found the type of coating (a limited sample, admittedly) changes the amount of hydrogen generated and the time over which the reaction takes place.

Aluminum coated with a layer of 0.6-percent (by weight) silicon spikes quickly in forming hydrogen, which a coating of 1.0-percent magnesium enables a high early reaction and a longerl period of production.

Logistics are important in being able to provide energy in diverse locations.  Recent climate-based traumas (The Texas winter, for instance) show the dangers of having large, highly dispersed needs served by highly localized resources.  Shipping volatile fuels such as oil, gasoline, and liquified natural gas is hazardous, whether by truck, train, or pipeline.  Most of the ingredients for generating hydrogen at its point of use are readily available for most elements of MIT’s approach.