A recent report from MIT, replete with computer algorithms and graduate level insights, made your editor dip back into a story about a young naturalist who saw a model in nature that could lead to more efficient solar arrays.  Both produced works of genius and give us hope for some real breakthroughs in solar power deployment.

The Massachusetts Institute of Technology announced that, “Innovative 3-D designs from an MIT team can more than double the solar power generated from a given area,” and suggested that models of their new approach, “show power output ranging from double to more than 20 times that of fixed flat panels with the same base area.” 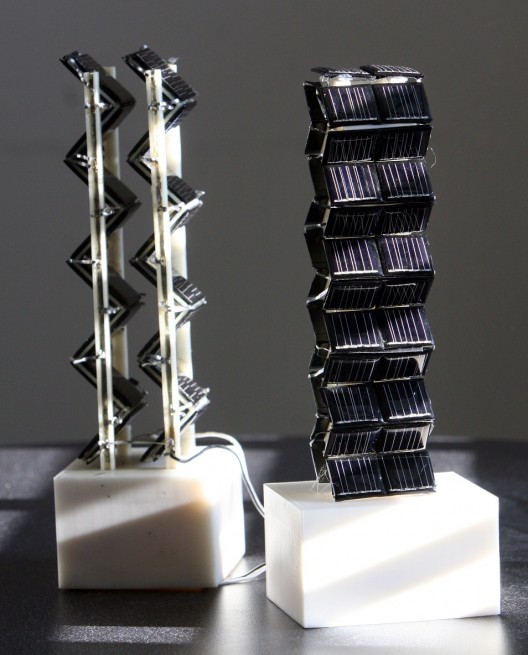 Jeffrey Grossman, the Carl Richard Soderberg Career Development Associate Professor of Power Engineering at MIT and leader of the research team, reports in a paper published in the journal Energy and Environmental Science that the greatest improvements came in “locations far from the equator, in winter months and on cloudier days.”

The team built three different models of their computer algorithm-derived configurations and mounted these on the roof of an MIT laboratory where they ran several weeks of empirical tests.  Although costlier than flat panels, power output for these towers is greater and more uniform over time.  Marco Bernardi, a Materials Science and Engineering graduate student and co-author of the paper, says the towers collect more sunlight during mornings, evenings and in winter, when the sun is closer to the horizon.

According to Grossman, solar cells are the least expensive part of solar power, with support structures, wiring, installation, permitting and other components comprising 65 percent of the costs for an installation.  A 3D structure occupies a small amount of real estate for much greater output than would be possible with flat panels distributed over a very large area.

Their tallest tower was designed to model a unit “you could ship flat, and then could unfold at the site,” and that would be installed in a parking lot to charge EVs.

An alternate shape, an inward dimpled cube, gave even better results but would be more difficult to manufacture, and therefore be more expensive, according to DMSE research scientist Nicola Farralis.  Algorithms showed that the power output between “optimized shapes and a simpler cube is only about 10 to 15 percent.

Even two weeks of cloudy days did not dim the results from the rooftop tests.  Power output was significantly better than that for flat panels.

The team will next look at collections of such towers, calculate how to minimize shadow effects from neighboring towers and optimize siting.

The team notes that they are not the only group to follow this path.  “A few other efforts — including even a middle-school science-fair project last year — have attempted 3-D arrangements of solar cells. But, Grossman says, ‘our study is different in nature, since it is the first to approach the problem with a systematic and predictive analysis.’”

To be fair, the “middle-school science-fair project” is more intriguing than one might think, and impressed this blogger last year despite others’ quibbles over the young man’s scientific approach, based on errors in measurement of his solar cell’s outputs. 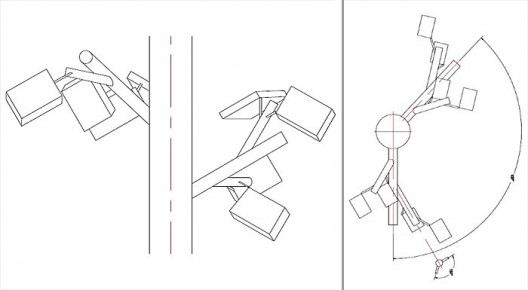 Aidan Dwyer’s paper, “The Secret of the Fibonacci Sequence in Trees,” took the 13-year-old’s interest in nature into a new realm – that of collecting more solar energy in solar panels by emulating leaf distribution in trees.  He discerned a pattern in what at first looked like “a mess of tangled branches,” took photos of branches on different types of trees, and clarified his initial idea.

A “hunch” led to an intuition that led to serious research along a wondrous stream of ideas, and to a conclusion somewhat similar to what graduate students at MIT would find.  “The branches seemed to have a spiral pattern that reached up into the sky. I had a hunch that the trees had a secret to tell about this shape. Investigating this secret led me on an expedition from the Catskill Mountains to the ancient Sanskrit poetry of India; from the 13th-century streets of Pisa, Italy, and a mysterious mathematical formula called the “divine number” to an 18th-century naturalist who saw this mathematical formula in nature; and, finally, to experimenting with the trees in my own backyard.” 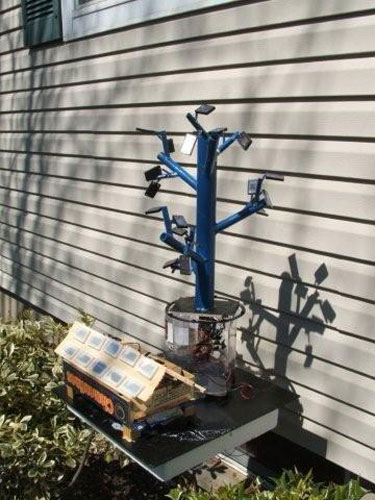 Aidan wondered whether the spiral pattern he saw formed a secret formula in tree design that might collect sunlight efficiently – necessary for the tree’s survival.  This led him to study the Fibonacci sequence, which the Italian mathematician had discovered trying to find out how fast rabbits could reproduce in pairs over time.  The paths this took the young scientist down are too varied to repeat here, and Aidan’s writing reveals a sharp and inquisitive mind coupled with an adventurous spirit.  Read the complete paper, which won him a Young Naturalist Award from the Museum of Natural History.  It is a delight and challenge.  (Quick, tell me what the Fibonacci Sequence is.  I had to look it up.)

Aidan, having studied the trees, and having made several well-reasoned logical assumptions, designed arrays of solar panels that emulated the patterns he saw in trees, and in true scientific fashion, measured their output against a control group of flat panels set in a “normal” array.  After careful observation and measurements, he came to the following conclusion.

Finding similar outcomes to the MIT team, “The tree design takes up less room than flat-panel arrays and works in spots that don’t have a full southern view. It collects more sunlight in winter. Shade and bad weather like snow don’t hurt it because the panels are not flat. It even looks nicer because it looks like a tree. A design like this may work better in urban areas where space and direct sunlight can be hard to find.” 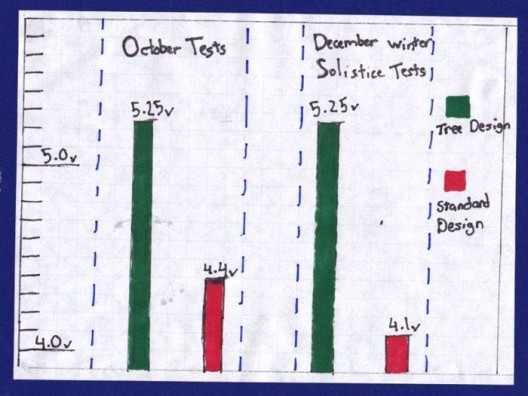 He ends on a note that might inspire all of us to see past the gloom.  “But the best part of what I learned was that even in the darkest days of winter, nature is still trying to tell us its secrets!”