Of late, your editor has noticed several press releases concerning scientific findings that don’t read in a scientific way.  You know that objective kind of writing: the use of words and phrases such as “tend to,” “suggesting,” or “of potential interest,” and the ever-popular, “further study is required.”  An announcement from the Center for Integrated Nanostructure Physics at the Institute for Basic Science (IBS) and Department of Energy Science at Sungkyunkwan University in South Korea tells a hopeful story of a new discovery mimicking nature and “displaying electrical properties about five orders of magnitude higher than similar lithium batteries, and even claiming, “stunning test results.”   These sound more like PR than simple declarative statements.

Before running to your broker to see if an IPO is imminent, let’s determine what those “similar lithium batteries” are and what electrical properties are being compared.

The abstract for the team’s paper in the May 6 edition of Advanced Energy Materials is more circumspect. 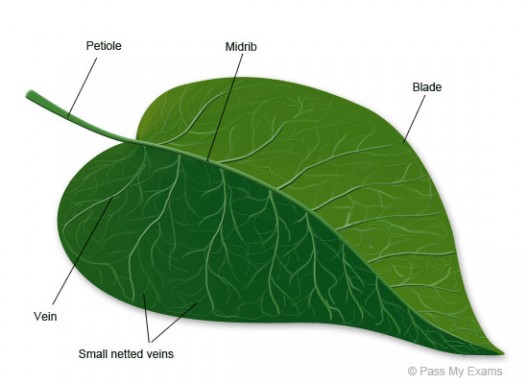 Young Hee Lee and his researchers took an approach similar to that Stanford scientists followed in developing their “designer carbon,” as reported here recently.  They expanded the porosity of their materials and straightened the “tortuous” path that ions had to follow getting from one electrode to the other.

Lee explains that that micro-miniature electronic devices have progressively gotten smaller over the past few decades, but the need for an equally small and reliable power source still exists.  He explains “Chemical batteries store a lot of energy but require a long period of time for that energy to charge and discharge plus have a limited lifespan.  Capacitors charge quickly but cannot store enough charge to work for long enough to be practical.  One possible solution is something called a solid-state micro-supercapacitor (MSC).  Supercapacitors are armed with the power of a battery and can also sustain that power for a prolonged period time.  Researchers have attempted to create MSCs in the past using various hybrids of metals and polymers but none were suitable for practical use.  In more recent trials using graphene and carbon nanotubes to make MSCs, the results were similarly lackluster.”

Researchers looked to nature and modeled their MSC film structure on natural vein-textured leaves, emulating the “natural transport pathways which enable efficient ion diffusion parallel to the graphene planes found within them.”  The team made a leaf-like graphene-hybrid film with copper hydroxide nanowires, alternating layers to achieve the desired thickness, then added an acid solution to dissolve the nanowires so that only the impressions of those wires were left. 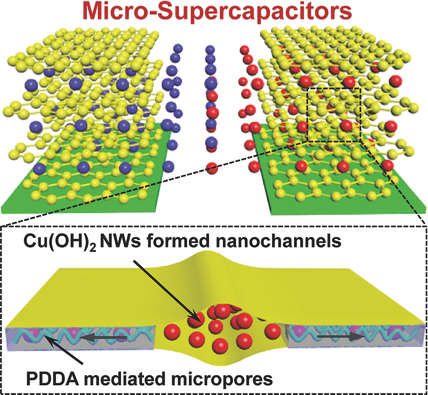 Interestingly, their efforts ended up looking a great deal like a leaf and matched many leaf characteristics.  Leaves have large surface area, allowing them to absorb more light.  They are thin, shortening distances for carbon dioxide to diffuse into the leaf and oxygen to diffuse out.  Their green color from chlorophyll gives them their green color and transfers light energy to chemical energy.  Batteries transfer chemical energy to electric energy and vice-versa.  The leaf’s veins transport substances to and from the cells in the leaf and the stomata or small holes on the underside of the leaf allow gases to diffuse in and out.

The researchers made their MSCs by applying the film to a plastic layer with “~5μm long parallel gold strips placed on top.  Everything not covered by the gold strips was chemically etched away so that only the gold strips on top of a layer of film were left.  Gold contact pads perpendicular to the gold strips were added and a conductive gel filled in the remaining spaces and was allowed to solidify.  Once peeled from the plastic layer, the finished MSCs resemble clear tape with gold electrical leads on opposite sides.”  They also resemble the structure of a leaf.

The Korean MSCs have high energy density, flexibility and increased capacitance after initial use.  Volumetric energy density is reported as 10 times higher than commercial supercapacitors and “far superior  to any other recent research.”

The team produced stunning test results. In addition to its superior energy density, the film is highly flexible and actually increases capacitance after initial use.  The volumetric energy density was 10 times higher than currently available commercial supercapacitors and also far superior to any other recent research.  The MSCs are displaying electrical properties about five orders of magnitude higher than similar lithium batteries and are comparable to existing, larger supercapacitors.  According to Lee, “To our knowledge, the volumetric energy density and the maximum volumetric power density in our work are the highest values among all carbon-based solid-state MSCs reported to date.”

The team notes a volumetric energy density of 6.7 mWh cm-3, more than 10 times higher than that of commercially available supercapacitors and comparable to thin-film batteries.  Sadly, their immediate applications seem to be with portable and wearable devices, and micro-devices such as medical implants, radio frequency identification tags (RFIDs) and even micro robots.  Whether the technology can be scaled up to apply to electric vehicles remains to be seen.  Further study is required.