In your editor’s childhood and youth, X Planes were all premised on speed, Chuck Yeager breaking the sound barrier in 1947 in the Bell X-1 when your editor was five years old (do the math).  Movies that filled screens in those days featured test pilots as steely-jawed, fearless protagonists beating back the awesome forces in the sky.  Frequent news stories and breathlessly narrated newsreels, and later television news captured the imagination with items about going higher, faster, and farther.

NASA is bringing back the X-plane, but emphasizing quiet, efficient, clean and practical goals.  NASA’s own description of the programs shows a turn toward green aviation in our future.  “Goals include showcasing how airliners can burn half the fuel and generate 75 percent less pollution during each flight as compared to now, while also being much quieter than today’s jets – perhaps even when flying supersonic.”  We still feel the need for speed, but responsibly. 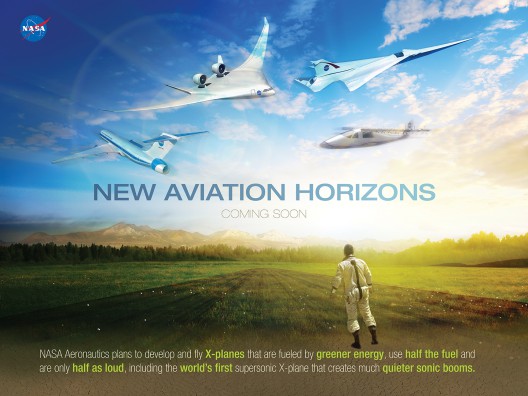 While the X-1 was a product of the slide rule, as were most air and space craft up through the SR-71 Blackbird and Apollo rockets, modern design relies on a three-legged stool of advanced technology.  Computational power provided by supercomputers, experimental methods including precise wind tunnel measurements, and actual test flying comprise the three legs of the current X Plane program.

Results will be exciting based on demonstrations of materials, structures, aerodynamics, noise reduction and powerplants over the last six years – even including coatings that prevent bug residue buildup on wings – something about which sailplane pilots can testify.  Many have been reported in the blog.  These technologies could save the airline industry $255 billion over the first 25 years of their adoption. 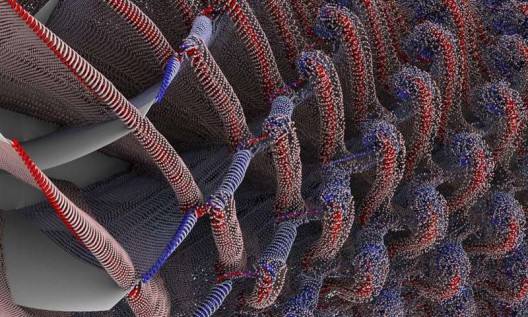 The first leg of the stool – computational capabilities that, in this case, show sound produced by air around jet engine rotors that would turn in opposite directions. Credit: NASA / Tim Sandstrom

Jaiwon Shin, associate administrator for NASA’s Aeronautics Research Mission Directorate, explains, “We’re at the right place, at the right time, with the right technologies.  The full potential of these technologies can’t be realized in the tube-and-wing shape of today’s aircraft.  We need the X-planes to prove, in an undeniable way, how that tech can make aviation more Earth friendly, reduce delays and maintain safety for the flying public, and support an industry that’s critical to our nation’s economic vitality.”

Programs such as LEAPTech, Boeing’s SUGAR Volt project (going on for over four years now based on the age of the video), and other existing approaches are stepping stones to the clean, green future envisioned in the latest NASA programs.  Airbus in Europe, assisted by academic and governmental entities, will provide competition and incentive for American manufacturers to keep pace.  None of us ever had an opportunity to share a cockpit with Yeager or Scott Crossfield, but we may be going on supersonic trans-oceanic flights in a decade or so, brought to us in the spirit of those pioneers who led before.