Taja Boscarol of Pipistrel in Slovenia relays the information that NASA has tested Pipistrel’s electric propulsion system as part of its electric flight research for the X-57 program.  It would seem reasonable to start by checking out Pipistrel’s well-tested motor package, one of the few that comes with fully-matched controller, batteries, and ancillary gear. 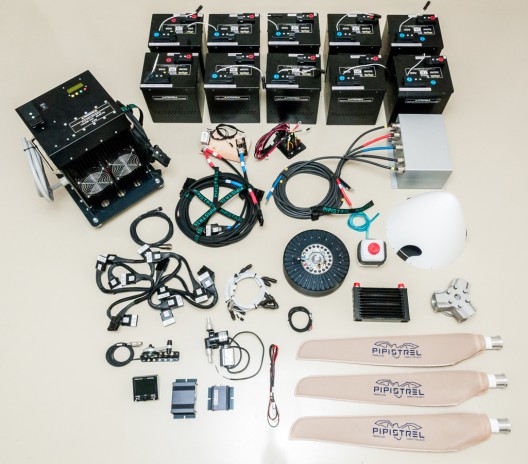 Pipistrel’s “Plug and Play” system, including motor, controller, batteries, instrumentation and all connections.

NASA performed its tests on its 13.5-foot Airvolt stand at the Armstrong Flight Research Center at Edwards Air Force Base, California.  Heavily instrumented, the Airvolt stand collects data through “high-fidelity sensors,” and transmits the collected information to a data acquisition unit that processes, records, and filters the measurements.  NASA and Pipistrel should be able to make good use of this data. 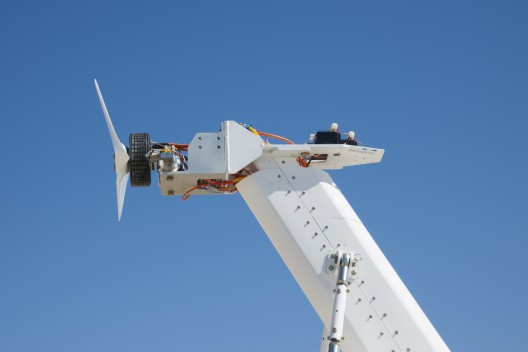 NASA will collect “torque and thrust measurements, high-fidelity voltage analysis, power efficiency, and details on how the system behaves. A simulation model will be developed from that information to study flight controls, power management and transition issues of a distributed electric aircraft.”  All this is intended to prepare the way for the X-57 SCEPTOR (Scalable Convergent Electric Propulsion Technology Operations Research), a 14-motor speedster designed to fly on one-fifth the energy of a conventional aircraft of the same size.

Because factors such as electro-magnetic interference play a part in motors and the circuits controlling them, it’s useful to test and understand the characteristics of a single motor before teaming it up with 13 others.  Because Pipistrel’s motors are well-proven and known, they make a good baseline for further testing.  In the multi-motor systems, then, “variables can be reduced and multi-motor configuration optimized.”  This level of understanding and demonstrated performance should increase the element of certainty in ongoing development of the X-57.

Taja’s press release continues, “’Overall, we are getting excellent data,’ said Mr. Yohan Lin, Airvolt integration lead. ‘What we are learning will help us to understand this new technology, and be a starting point for complex challenges. Each system is different, but we will be ready.’”

Airvolt is one of many tools that support NASA’s goal of creating low-carbon aviation. Pipistrel was the first aircraft producer to make both fully electric 2-seat and 4-seat aircraft and, “fully supports this goal and is proud to be a part of it.”

As the winner of the 2011 Green Flight Challenge with its G4, a craft that set a still-unbroken record of 403.5 passenger-miles-per-gallon, Pipistrel has shown its dedication to achieving “green” aviation.

You can read a detailed report on the Airvolt Aircraft Electric Propulsion Test Stand, written by Aamod Samuel and Yohan Lin, both at  NASA Armstrong Flight Research Center, Edwards, California.

Taja shares other company accomplishments.  “Pipistrel has pioneered in-house projects, such as: 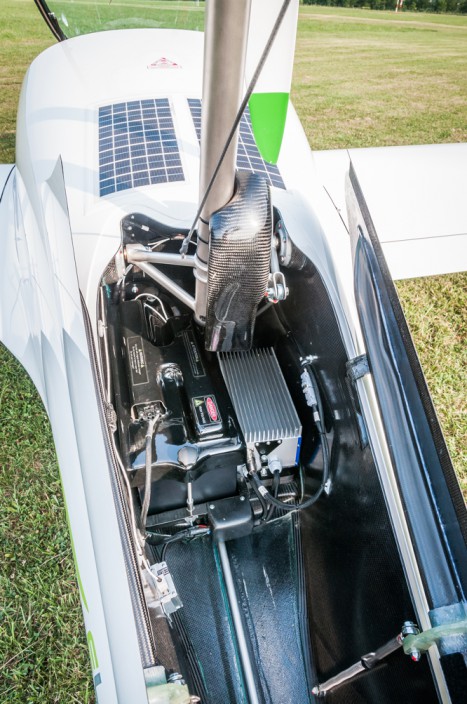 “Pipistrel also provides customised development of systems and technologies for electric flight on manned and unmanned platforms. Public projects, where Pipistrel’s technology has been used and showcased among others include:
“-a very ambitious project of a hybrid aircraft propulsion system, the Hypstair:

“-cooperation with Siemens and other partners on the project of creating an electric aerobatic airplane, the Extra 330LE:

“Electricity is not the only promising source of green propulsion; hydrogen offers many options, too. That’s why Pipistrel participates in the Hy4 project.”