Soullier attained an altitude of 2,401 meters (7,877 feet), covered 50.27 kilometers (31.17 miles) over a closed circuit course without landing, and averaged 136.36 kilometers per hour (84.54 mph) for that distance. All records are claimed in Soullier’s Colomban MC-30 Luciole, powered by a Lynch-type motor and controller supplied by Electravia. 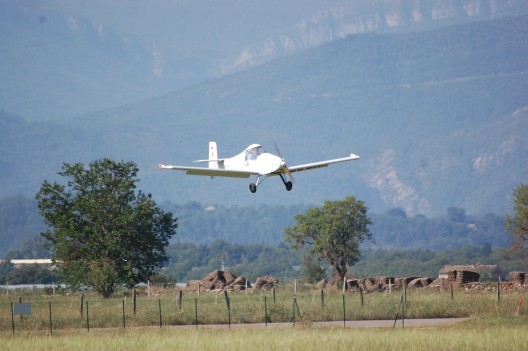 These are not the MC-30’s or Soullier’s first records. He set a speed record on a 15 kilometer course with the airplane’s previous power system, and a few months later in 2011, set a speed record before the airplane’s sponsor, His Serene Highness Prince Albert II of Monaco while at the Aero Expo at Friedrichshafen. The official record was cancelled, however, because of an error by the observer on the coordinates of the record.

All three February record attempts were observed by Mr Frédéric Vanaerssen, Commissioner for the FAI, and all await validation. The CAFE Foundation sends our best wishes to the Luxembourg Special Aerotechnics (LSA) team, which created and campaigns the electric Firefly.