For the last 60 years, your editor remembers the oft-repeated advice from garage mechanics and now lithium-ion advocates that slow charging is the way to make your batteries last for many cycles.  Where does this put Tesla, for instance, with its 20-minute Superchargers?  Are you damaging your expensive cells by being in a hurry? 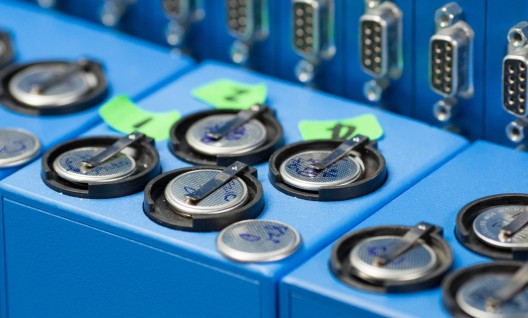 In yet another example of counter-intuitive thinking at work, researchers at SLAC, the National Accelerator Laboratory at located on the Stanford University campus have challenged several tenets of conventional battery wisdom.  According to PC World, their work, “published on Sunday in the Journal, Nature Materials, challenges the commonly held notion that slowly charging a battery helps prolong its life and that it’s damaging to a battery if a large amount of energy is withdrawn in a short time.”

William Chueh, a senior author of the paper and researcher at the Stanford Institute for Materials and Energy Sciences (SIMES), told the magazine, “’We’ve always thought of a battery as a [single] device, but inside an iPhone battery there are a few trillion particles.’”  He pointed out that usually scientists look at how the entire battery behaves instead of looking at the individual particles within the battery.

In a Stanford press release, Chueh added, “The fine detail of what happens in an electrode during charging and discharging is just one of many factors that determine battery life, but it’s one that, until this study, was not adequately understood. We have found a new way to think about battery degradation.”

This may inform scientists working on commercial development of lithium-ion batteries, showing possible new ways to design electrodes and promote more uniform charging and discharging that will extend battery life, according to Stanford. 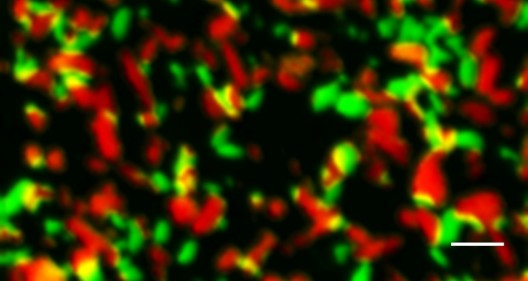 Using the particle accelerator at the Department of Energy’s SLAC facility in Menlo Park, California, the team was able to see individual nanoparticles in the slices of the batteries under test, much like an MRI on a human.  As the batteries were charged and discharged, the team got a first-time look at the internal processes of the test cells.

Unlike the animations we often see of neatly marching electrons filing through the battery, individual particles get charged for brief periods, after which the current passes to the next particle.  These quick particle-by-particle actions were a surprise, “because rapid charging was also thought to be damaging to batteries.”

Slow charging is usually a relatively low-temperature process, so the battery is protected from thermal damage, but researchers found “The uniformity of each particle’s charge seems to be more important than the speed of the charge.”

Researchers think they can add life to batteries by charging them differently; making lithium-ion batteries that now manage a few years last up to 10 years.  The uniform charging causes less localized heating in the cell and slows degradation, even at high charging rates.

Another aspect of battery design, anodes and cathodes, swell and shrink during charging and discharging, absorbing and releasing electrolyte.  If battery makers can spread the work around to more of the billions of nanoparticles of lithium iron phosphate that make up these electrodes, they have another way to make the battery last longer.  When only a few of the particles carry the charge/discharge load, they tend to crack and break down quickly.  Uniform loading across the entire electrode will lessen stresses and prolong the system’s life.  Researchers found that real-life observations matched data from a model developed at MIT.

The team thinks their research will benefit both stationary and mobile battery applications, with improved batteries better able to handle power surges on the grid or sudden demands by a driver (or pilot).  Before such applications become commonplace, the team must run more tests, trying their modified electrodes through thousands of cycles to simulate hoped-for endurance and performance.  Not content to rest on their academic laurels, the team is talking with companies in the consumer electronics and automotive industries, presumable about commercialization of their final products.

Their paper, “Current-induced transition from particle-by-particle to concurrent intercalation in phase-separating battery electrodes,” can be found here.