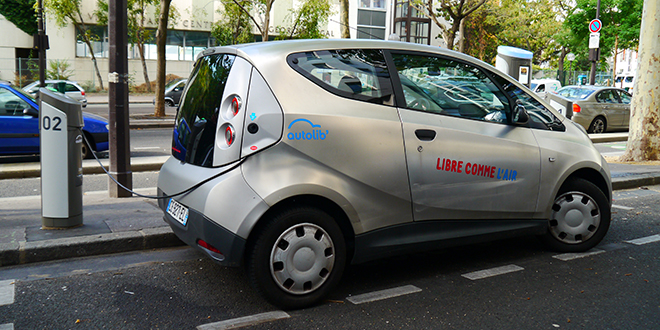 Solid-state batteries are becoming the next big thing in energy storage, with the promise of low volatility, high energy density and lower-cost manufacturing.  With academia, industry and government collaborating on the next wave of development, we may see progress in this realm. 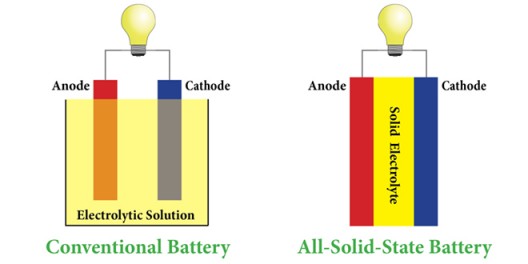 Rather than sloshing around in aqueous electrolyte, anodes and cathodes press against solid electrolyte

Reportedly, Solid Power will use this technology to develop solid-state rechargeable batteries with two to three times the energy of conventional lithium-ion technologies, and an absence of lithium-ion volatility.  Such batteries should be less expensive to manufacture since they can dispense with “many of the expensive safety features typically associated with lithium-ion systems.”

Solid Power will leverage industry standard manufacturing processes to bring the battery to market, using a simple battery cell architecture that will rely on a 700-square foot dry room facility with roll-to-roll processing that can scale up to production capabilities.  They hope to be in production by year’s end. 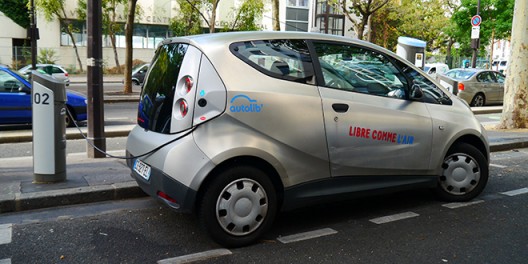 Perhaps surprisingly, vehicles with solid-state batteries are now plying city streets.  AutoLib, a car-sharing service similar to Car2Go and others, has been running in Paris for several years and now has 3,000 cars and over 20,000 subscribers.  It now operates in London as Bluecars with an initial batch of 100 cars and in Indianapolis, Indiana under the BlueIndy name.  Five cars are currently operating in this country.

The Bollore’ Group, headquartered in Paris, runs their cars on Bollore’ designed battery packs, the first plug-in vehicles to run on solid-state rather than liquid electrolyte batteries.

Early indications are that these batteries are relatively trouble free.  BlueIndy president Hervé Muller says, “We haven’t had an issue in Indianapolis, nor in Paris with the 3,000 cars in service there that have driven more than 10 million miles.”  He points out that the batteries are early models not yet ready for the mass market.  Although they can power a small car for 240 kilometers (148 miles), they need to be warmed up first, taking some of their mileage potential away.

Others working on solid-state batteries, including the recent Seeo-Bosch acquisition and Ann Marie Sastry’s Sakti 3 operation, have not yet achieved vehicle scale systems.

Solid Power, though, “based in the Colorado Technology Center in Louisville and a spin-off from the University of Colorado at Boulder, says it has made lab-scale cells that have reached 400 to 500 watt-hours per kilogram, and up to 500 charging–discharging cycles of durability. Company founder Doug Campbell says that Solid Power is targeting the automotive sector, although its first market may be the armed forces, for use in communications equipment. ‘Troops in the field can carry 60 pounds of batteries, and if we can cut that in half, it’s a strong value proposition for the US military,’ he says.”

Since so many developers are studying the limitations and working to overcome them, these solid-state batteries may have a solid future in transportation.  2X or even 4X energy densities would certainly be welcome in aircraft.