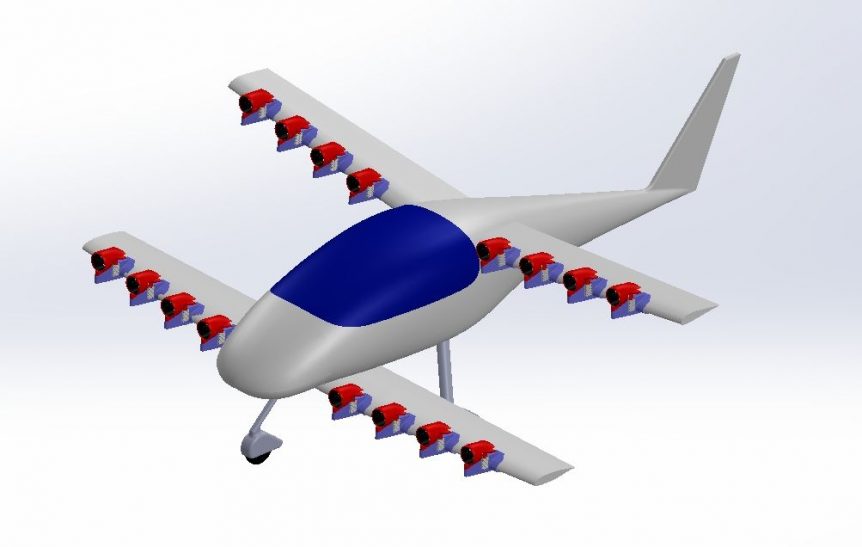 Electric aircraft, especially in their early state of development, will require aerodynamically capable forms or extremely light structures, or both. That may account for the early adoption of sailplanes as test beds. These are graceful and high performance units, but not all that practical for hauling loads or for daily commuting. Other first attempts adapted ultralight, but not necessarily aerodynamically efficient structures to make electric flight possible. David Ullman makes use of two dynamic technologies, PAI  and DEP, to achieve performance with the potential for great practicality.

David, a professor emeritus in mechanical engineering, is also an enthusiastic pilot and inventor. His texts on the design process and decision making are best sellers. Recently, he’s been exploring the potential of Propulsion Airframe Interaction (PAI) and Distributed Electric Propulsion (DEP) by augmenting the power and lift of a conventional aircraft with Electric Ducted Fans (EDF).

If you are fortunate enough to visit the Independence, Oregon airport, you can see myriad examples of creativity and craftsmanship. On the road leading into the airport, Experimental Aircraft Association’s Chapter 292’s hangar houses a reverse engineered cop of Barnaby Wainfan’s FMX-4 “Facetmobile” and a replica DH-2 “Gunbus,” one of several built (the rest were sold to New Zealand).

Across that road, Vince Homer’s hangar is filled with an astounding array of experiments and beautifully-crafted models. Vince is David Ullman’s partner in developing and testing JabirWatt, a very serious attempt at improving short takeoff and landing (STOL) performance, but also in preventing dangerous departures from controlled flight. 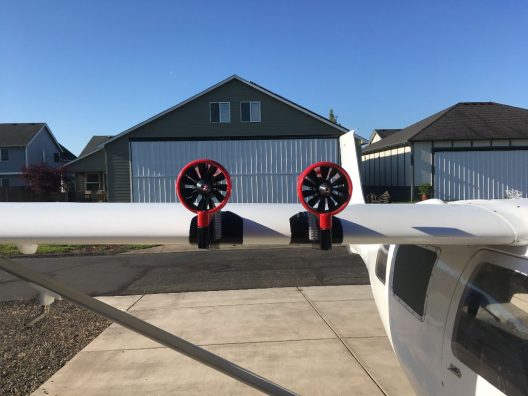 JabirWatt’swing with two EDFs. Performance, even with only four total EDFs, is enhanced

David has a large wind tunnel in his hangar on which he’s tested all facets of design he and Vince adapted from a once-wrecked Jabiru. Having seen the airplane in its mangled and restored states, your editor is a bit incredulous. The workmanship is beautiful – not surprising considering David’s craftsmanship on a Velocity a few years ago. That airplane included cooling vents that improved performance and engine longevity. 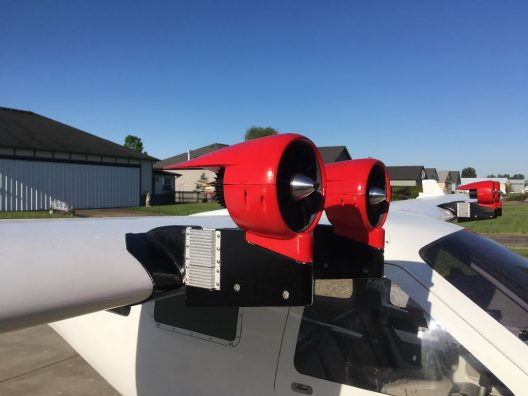 All four EDFs. Consider the performance possible with fan arrayed across the full span

Of all the inventive things in David’s hangar, the most prominent is a large wind tunnel, well-instrumented and calibrated enough that others can use it to obtain reliable data for their projects. Recent flights of his Jabirwatt show excellent agreement between wind tunnel and flight data.

What (Watt) Kind of Beast is a JabirWatt?

Dave explains, “The JabirWatt is a stock Jabiru J230-D complete with its original Jabiru 3300 IC engine and with four Electric Ducted Fans (EDFs) mounted inboard on the wings. The Jabiru was purchased as a wrecked, stripped hulk in 2016 and rebuilt over the next eighteen months. The Jabiru airframe is ideal for IDEAL experiments as it was originally designed as a four-place airplane and decommissioned to two-place to meet LSA requirements. Thus, it has space behind the front seats for over 300 lbs ( 136kg) of batteries while staying with the weight and balance limits. 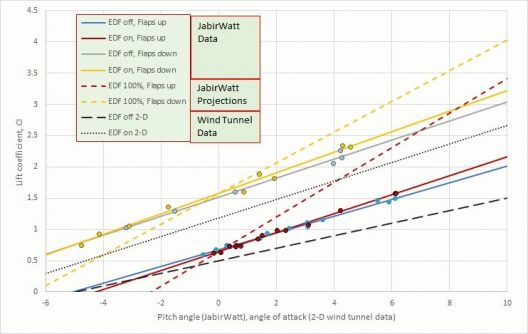 “The EDFs are 120mm (4.72 inch) off-the-shelf model airplane units powered by a custom LiPoFe 120wh/kg battery pack. The four EDFs are not enough to sustain flight, but sufficient to collect data to compare with wind-tunnel and theoretical results.”
An interim report issued on December 1, 2019 highlights six major results of the detailed testing: 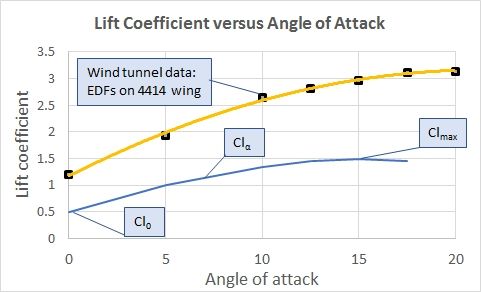 Results with conventional airfoil.  Yet to be tested – airfoils optimized for PAI

“David reported, “The JabirWatt was first flown in 2018 as a stock aircraft to gather baseline data. JabirWatt experiments were begun in July 2019.”

An interim report can be found on David’s IDEAL web site. .

David’s web site includes a broader description of the aircraft, the theories behind it, and the results from testing – which are exciting.

Asked about the batteries on board, David responded, “I used a safer, less energy dense battery chemistry. Lillium and Alice have made claims to investors that they now have to live up to. I don’t have any investors and don’t want a cockpit fire. I am eager to see what you know about the fires. My electric car buddies were not surprised.”

To finish with a literary flourish, Lewis Carroll was a professor of mathematics. Possibly writing Alice in Wonderland as a satirical protest against new math theories arising in the late Victorian era, he included a bizarre poem that used a bizarre vocabulary.

’Twas brillig, and the slithy toves
Did gyre and gimble in the wabe:
All mimsy were the borogoves,
And the mome raths outgrabe.
“Beware the Jabberwock, my son!
The jaws that bite, the claws that catch!”
Lewis Carroll

Portmanteau (port-man-toe) words, two words squeezed into one: “lithe and “slimy” becoming “slithy,” abound in the poem.  According to Google, “”Portmanteau words” is now a standard name for such word blends. Among the portmanteaus Carroll invented for Jabberwocky were “galumphing” and “chortled”: the former from “gallop” and “triumphant,” the latter from “chuckle” and “snort.” Both have entered the English language.”

JabirWatt may well be classified as a portmanteau airplane, folding a conventional craft together with advanced technologies.

One modeler took things to an extreme demonstration of what channel wings can do.

Progress at the Speed of Cash – SBIR/STTR

Tine Tomazic of Pipistrel reminded attendees at one symposium that aeronautical progress moves at the speed of cash. Because all of David and Vince’s work has so far been self-funded. they need additional sources of lucre to hasten things along.
Desirable but hard to get, money from the federal government’s Small Business Innovation (SBIR); and the Small Business Technology Transfer program (STTR). 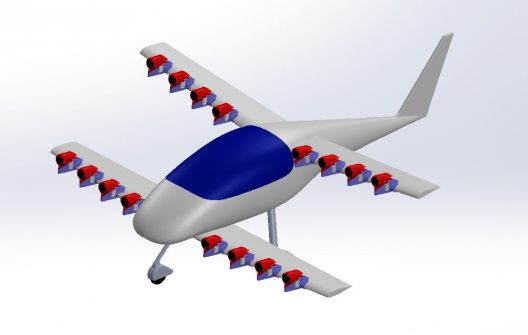 ​Dave and Vince hope to obtain funds through STTR t15.04, Integration of Airframe with Distributed Electric Propulsion (DEP) System.  We wish them luck in gaining funding and greater recognition for their grand project.