Jeff Engler fired up a start-up, Wright Electric, about a year ago.  Last week, he presented at the Y Combinator Winter 2017 Demo Day – a semi-annual event where venture capitalists can meet the latest in venturesome mendicants.  Tech Crunch describes the firm’s goals, which include electric flights between London and Paris on no fossil fuels – ambitious to say the least. 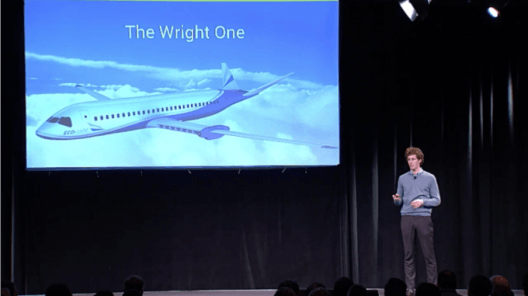 “Wright Electric wants to build the world’s first electric airplane (at least the first 150 seat electric airliner). One of the main reasons airlines like Southwest can offer low fares is that they pre-purchase gas, but Wright sees an opportunity to make flights even cheaper by using electric planes instead. The company is targeting the 30 percent of all flights that are 300 miles or less, and is partnering with EasyJet to start. As technology improves, it believes its planes will be able to go after the $26 billion short-haul flight market.”

Jeff has managed to attract a large number of contributors to his efforts since first announcing his intentions.  Industry insiders, NASA specialists, and even Chip Yates have signed on to provide guidance and expertise for Jeff’s agenda.  The group went from initially testing a Piper Cherokee with a small electric motor on one wing to developing a nine-seat commuter concept, but has now settled on creating the short-range people hauler of the future. 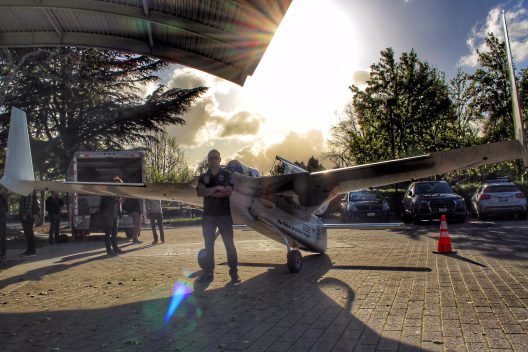 Wright Electric is onto something here.  Jeff reports, in his March 12 blog, “Good news: we’re excited to report we have a potential partnership with one airline. Also: a high-net-worth-individual wants our electric 150-seater as his fifth private jet. Woo hoo!

It’s all very new and fragile, but it’s like what startup guru Andy Swan says about walking on ice: ‘When it’s slick, a tiny bit of momentum is all you need.’”

Jeff sees an “enormous market” in the 150-seat airliner market.  He notes that in 2016, Boeing and Airbus sold 967 “narrow body” 737s and A320s at about $90 million per airplane.  That $87 billion annual market is enticing several manufacturers to look at electrifying it.  Further, 30 percent of all narrow body flights are 300 miles or less, a “doable” goal for even a large electric aircraft.  That makes for a $26 billion market.

As part of the doability function, Jeff divides matters into aerodynamic and battery compartments.  He reports, “We’re not inventing new wings or fuselage formats. Our airframe is designed to comply with existing FAA regulations. The aero team has decades of experience at places like Boeing Phantom Works and Cessna. They’ve received numerous grants from NASA focusing specifically on electric planes. If anyone can design a feasible plane, it’s these folks.”

His battery strategy is flexible, to be able to respond to “different battery futures.”  If things stay at the plateau they on which they now reside, the team adopts a hybrid approach.  “It still has great cost savings as compared to today’s planes, and it doesn’t require massive battery advances.”  If batteries become significantly better in the next decade, the fully-electric design will be able to take full advantage of that while offering “fantastic cost savings.”

Regardless of how good batteries get, they would be in modules that could be swapped out while the airliner is on the ground unloading and reloading passengers and being readied for its next trip. 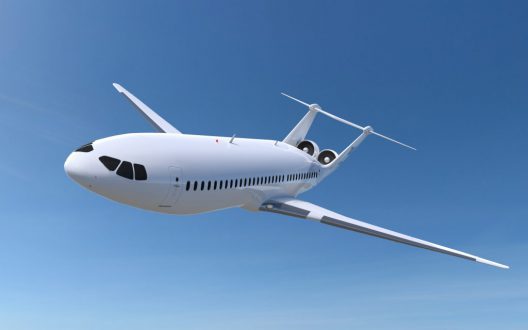 Several others in the aerospace industry – ranging from Airbus and Boeing to Empirical Systems Aerospace, Inc. (ESAero) and Aurora Flight Sciences are preparing similar design concepts, often backed by government or academic institutions.  With such interest in a lucrative market, progress will be well funded, not always such a happy circumstance in the aerospace world.  Despite skepticism from many in the industry, Jeff reports interest from EasyJet, a European low-cost carrier.  Eliminating fuel costs would make economical flights profitable, moving beyond merely plausible.

We wish Jeff every bit of luck to accompany his uncanny ability to raise interest and cash.