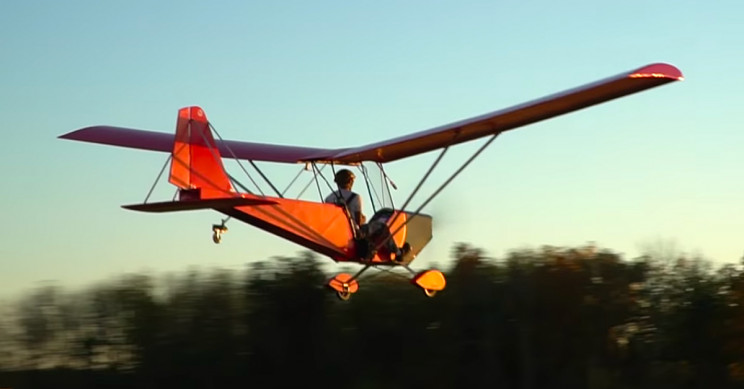 Peter Sripol creates interesting ultralight aircraft, among other, sometimes scary projects. His latest is pulled along by a paramotor motor.  Because of the small aircraft’s low and slow performance, the low-power (and very low noise) motor seems more than sufficient to the task.

His fourth design, the Mk IV has no ailerons, much like an earlier ultralight, the Skypup.  After initial tests showed shortcomings with the Mk. IV,  quickly modified wings allowed Peter to return to the air quickly.  As he explains, there won’t be plans for this airplane because it has too many not as yet time-tested innovations.  The hot-wire-cut foam structure and vinyl wrapped wings are an unknown in terms of longevity, so it’s probably best to let Peter make his determination on that. 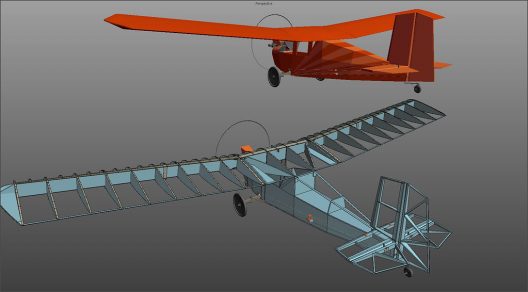 Skypup was Rotax 277-powered ultralight that flew without ailerons

Note the machine seems to be remarkably quiet, the OpenPPG motor drowned out by propeller noise.  (That’s also low because of the e-Prop’s design.)*  When Peter is able to shout down to his father and crew on the ground, he is easily heard.  The SP140 motor comes from a paramotor supplied by the open-source group that started with a four-motor collapsible frame system.  Note that the four little propellers turning over fast come through loud and clear.  Bigger motors turning slower, larger props make less noise.

The OpenPPG team now sells both the four-motor and single-motor versions.

Sripol has cranked out four airplanes in the last three years, each a learning experience and a venture into Peter’s seeming insistence on trying out new things.  His Mk. III used a small two-stroke engine, noisier than any of the electric craft.

His Mk. II used two small model aircraft motors, the first pair not providing the power for which he had hoped.  There seems to be no news about what happened with the SunnySky replacements he displays toward the end of this video.  It would be nice to know if he sorted out the landing gear issue, too.

Finally, all the way back to Peter’s first effort, this too used hobby motors and model aircraft propellers and battery packs.  Peter has long been involved with the hobby industry and the increasing size of electrically-powered model aircraft seems to be overtaking the 100-percent scale machines.  When displayed at AirVenture, this machine drew crowds.

It’s exciting to see someone willing to learn, open to new ideas, and willing to reflect the spirit of experimental aviation.  We can only wonder what Mk. V will look like.

*An interesting footnote: e-Props just celebrated delivery of its 100,000th carbon fiber propeller blade, evidence of a strong market for quiet flight.  They sell 45,000 propellers a year in more than 80 countries.