China has over one billion, four hundred million people.  Slovenia has a little over two million.  This population disparity has not kept Pipistrel d.o.o. Ajdovscina and Chinese company Sino GA Group Co. from signing a Memorandum of Understanding for a long-term joint-venture in the field of light and general aviation in the regions of China, East Asian countries and the Asian Pacific region.

Pipistrel, led by General Manager Ivo Boscarol, has built many airplanes in its 27-year history (including over 800 of its Sinus/Virus series), and earned plaudits for its clean manufacturing and ethical management.  It has led in development of electric motorgliders, an electric training aircraft, and a high-performance hybrid cruiser.  It won the Green Flight Challenge in 2011 with a battery powered aircraft that managed to cruise at over 100 mph for 200 miles and returned 403.5 passenger miles per gallon.  That airframe has been converted to hydrogen power and was flown in September in a 10-minute demonstration at Stuttgart Airport. 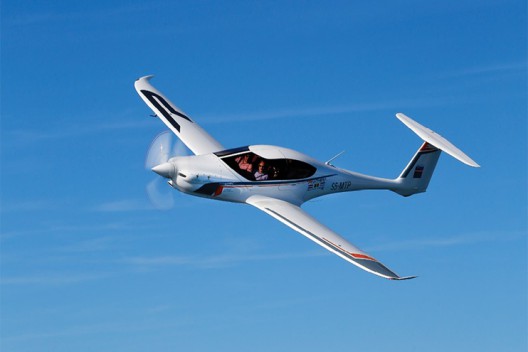 Pipistrel will build 50 each of its hybrid Panthera and 50 each of its Alpha Electro Trainers in Slovenia to help springboard manufacturing in China.  Eventually, 500 craft per year will be produced in China.

Rather than keeping electric aircraft as precious rarities with distant future, The MOU will lead to production of as many as 500 new electric and hybrid aircraft per year in China, a significant increase in environmentally-friendly flight (and a big number in General Aviation, period.)

This is a big win for Pipistrel, an efficient operation with 87 employees working in a leading edge factory that relies on clean, renewable energy to produce green aircraft.  Expect to see lots of visitors and trainees swelling their ranks in the next few months as Sino GA personnel learn the procedures for producing the Alpha Electro light trainer and the Panthera hybrid four-seater. 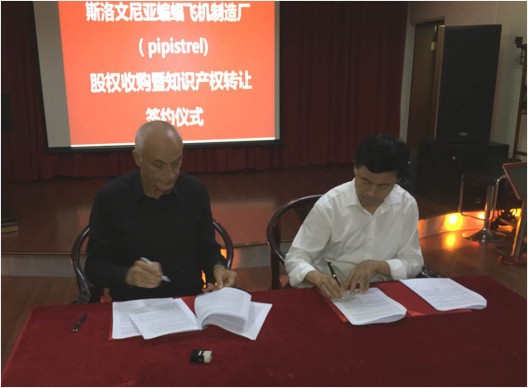 Pipistrel employees will be in China, too, helping establish manufacturing and overseeing quality control to assure Slovenian and Chinese aircraft are equally capable.  Operations in China will include work with the Sino Group and a subsidiary, Flying Tigers (Beijing) General Aviation Co., Ltd., which among other things operates airports and bases in Beijing, Taizhou, Yinchuan, Huangping, Dalian and Heibei.

Plans include using Pipistrel’s recent experience with Germany’s DLR to create the first hydrogen four-seater, the HY4, from the Green Flight Challenge winning G4.  The cooperative group looks forward to designing and launching a larger craft with potentially international application.  With the agreement providing up to 350 million euros (about $385 million) in its initial phases, such R&D will be possible, and with Pipistel’s visionary approach, productive.

The cooperative describes the airplane as a, “new, very innovative zero emission 19-seat aircraft, powered by hybrid electric technology and hydrogen low temperature PEM fuel cells, planned for public transport between the cities in China and all over the world.

Pipistrel’s press release shows two major international events at which the MOU will be featured:

“Official presentation of the cooperation will be held on  2nd November 2016 at 10:00 AM, at the China International Aviation & Aerospace Exhibition in Zhu Hai, the  biggest Air show in China where at the booth of Sino Group & Flying tigers, the General distributor of Pipistrel for China,  three Pipistrel aircraft are displayed. 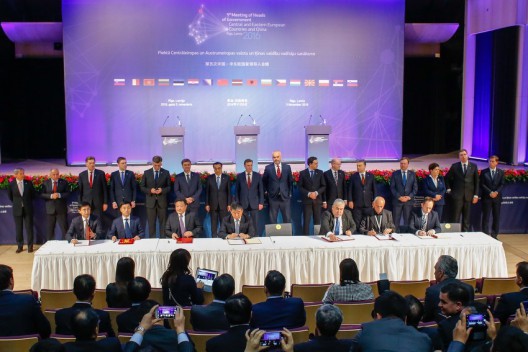 European/Asian Summit economic meeting at which cooperative was announced

“The formal contract signing ceremony will be included in the framework of the upcoming Summit side event on 5th November 2016 at the Prime Ministers of China and Central and Eastern European Countries summit 16 + 1 in Riga, Latvia, as it is ranked among those of particular significance for bilateral [cooperation] between the two countries.”

With Pipistel’s growing influence on world aviation, such agreements may become more widespread, with partners contributing to the increasing growth of green aviation.