In its 30th year, Pipistrel is making many changes, from a crisp new logo to new emphases and technologies.  Its 801, intended for Uber’s Urban Air Mobility program, will segue into a cargo version and return later after the firm gains experience with deliveries.  Meanwhile, Pipistrel will concentrate on developing a 19-seat, 300-mile range regional airliner while growing its global outreach for personal aircraft.  Pipistrel is evolving and flourishing in exciting new ways.

From Hang Gliders to Global Reach

Ivo Boscarol, founder, owner and president of Pipistrel companies, CEO of Pipistrel d.o.o. Shares a look at his firm’s three-decade history and plans for the near future.

Pipistrel reports in its newsletter, “The information that Pipistrel is running a program developing a large cargo-delivery hybrid-electric UAV in-house is accurate. For this program, we will be communicating about progress on a separate occasion, when we are ready to unveil the exact specifications, purpose and capability.”  It will at the same time hold back on development of the passenger-carrying version, the 801.

Tine Tomažič, Director of Research and Development at Pipistrel, gave a detailed overview of the 801 at last year’s Uber Elevate Summit.

While the 801 is on hold, the cargo version will feature tandem wings but the same motor layout.

What if we add advanced, low- or zero-emission power systems to Pipistrel’s advanced aerodynamic designs?

Feeder liners to speed passengers to major airline hubs could avoid gridlock and take passengers directly to their point of departure for a longer flight.  Expedited security checks at smaller airports could eliminate the frustration of long lines at the big hubs.  Feeder liners would shave hours from ground travel and reduce pollution by only emitting water vapor from their fuel cells.  Additionally, “ Refueling these aircraft can be completed in as little as five minutes, there is no engine warm up or any of the normal maintenance tasks required in conventional aircraft.   What’s not to like?  Pipistrel, with Tine Tomazic’s designs, provides two aircraft on which to test the modular approach, the HY-4 and the Panthera.

Pipistrel are currently in the final stages of testing a dual hydrogen fuel cell propulsion system for another project. Despite the challenges that come with Covid-19 Pipistrel is still developing and cooperating on many new projects. 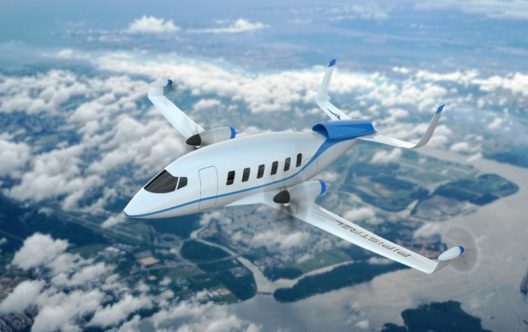 “Pipistrel is engaged in a development project for a 19-seat hybrid-electric aircraft as part of the Unifier19 project with distinguished academic partners. At the moment, no 3rd party commercial entities or companies are involved. In parallel, MAHEPA – a project led by Pipistrel, is creating important technological foundations for future developments. In the course of project Mahepa our partners have developed and tested exciting next-level powertrain components, including best-in-class electric powertrains and hydrogen-fuel cell propulsion systems. We are looking forward to flight demonstrations in 2020.” 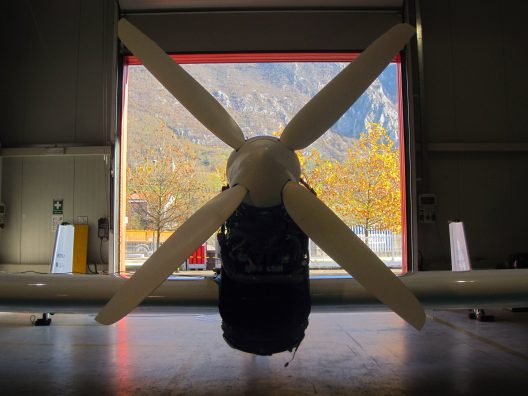 A new system integrated into the Hy4 aircraft is capable of continuous power output of 52 kW and peak power of 120 kW.

According to Pipistrel, “This will be the most powerful fuel-cell system ever used to power a flying aircraft and it will be flying on the NASA winning G4 Pipistrel airframe as the test bed. These propulsion systems will eventually power small 19-seat regional commuter aircraft.

“Imagine crossing the Atlantic on $9 of Hydrogen!“ (Your editor asked about that astounding low cost of hydrogen, and received a reply that H2 generation could use low-cost electricity from off-peak night-time operation of coastal wind turbines.)

Finally, at a somewhat less technical but equally innovative juncture, Pipistrel has converted an Alpha Electro to a Box Dropper for a humanitarian relief organization.  That’s quite literally its mission, dropping 20-kilogram (44-pound) boxes of relief supplies from 300 feet.  The specially-designed cartons even keep eggs from cracking.

A big thank you to Michael Coates of Pipistrel USA for this font of information.