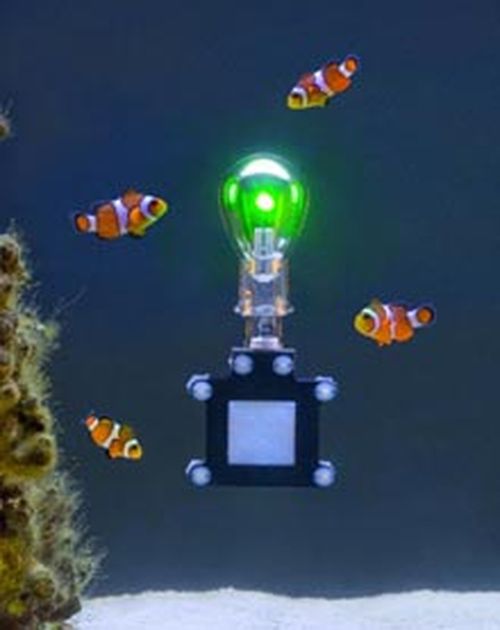 As with many recent partnerships, the alliance between Polyplus and SK provides “muscle” for the smaller partner.  Polyplus, with 18 bay area employees, will benefit from the far more sizable SK’s financial and managerial expertise.  Between the two firms Polyplus’ 135 issued and 40 pending patents should receive proper support.

According to Green Car Congress, “SK selected PolyPlus as partner for its global consortium.”  The collaboration is focused on PolyPlus’ solid-state lithium anode laminate that has the potential to double the energy density and cycle life of rechargeable batteries.”

The partnership hopes to build batteries with increased volumetric and gravimetric density while increasing cycle life.

Polyplus has been relatively silent since winning praise from Time Magazine in 2011 as one of the year’s 50 Best Inventions for its protected lithium electrode (PLE) and recognition from the Edison Committee with a Gold Edison Award in 2012.  That electrode is still a part of Polyplus’ basic design in its lithium-sulfur, lithium-air, and lithium water batteries.  Patented in 2000, the glass protection now encapsulates a pure lithium metal electrode (since 2017).  As shown in many of their publicity photos and the video below, the glass coating protects the pure lithium, which would flare up if brought into contact with water.

Recently, Polyplus won an ARPA-E grant to enable development of “flexible (editor’s italics) solid-electrolyte protected lithium metal electrodes made by the lamination of lithium metal foil to thin solid electrolyte membranes that are highly conductive.”  Fire resistance was to be enhanced by “removing the most flammable battery components.”  The ARPA-E analysis explained that “Solid-state separators also open the door to the use of lithium metal as an active material, resulting in a significant increase in cell energy content, and the subject of research efforts for the past several decades.” 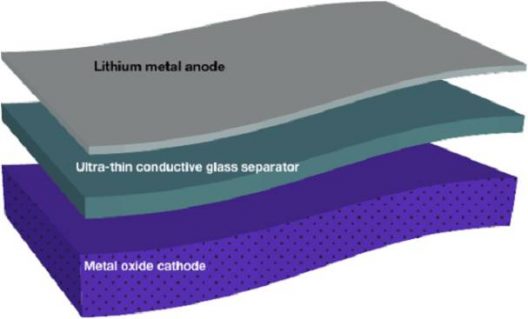 Flexible glass not only coats outside of cell, but acts as active separator between anode and cathode

The ARPA-E prospectus notes that, “If successful, developments made under the IONICS program will increase the energy storage content for vehicle batteries by about 30% compared to today’s Li-ion batteries and significantly reduce battery storage system costs.  It adds, “A 10% increase in electric vehicle use would reduce US oil consumption by 3% and reduce total US CO2 emissions by 1%.”

With a new partnership and if Polyplus succeeds in fulfilling the ARPA-E criteria, the small battery company may face a bright and productive future.

*Well, perhaps 5X the 260 Wh/kg reported by Bye Aerospace with their EPS modules.  It will be interesting to see a module-to-module, battery pack-to-battery pack comparison.  Even so, Polyplus seems to have achieved a noteworthy output.