Presentations will be held in the William M. Allen Theater at the Museum, starting at 10:00 a.m. on Saturday, February 28 and ending at 5:00 p.m.   Admission is free, but RSVP to cwilcox@museumofflight.org to guarantee a seat. 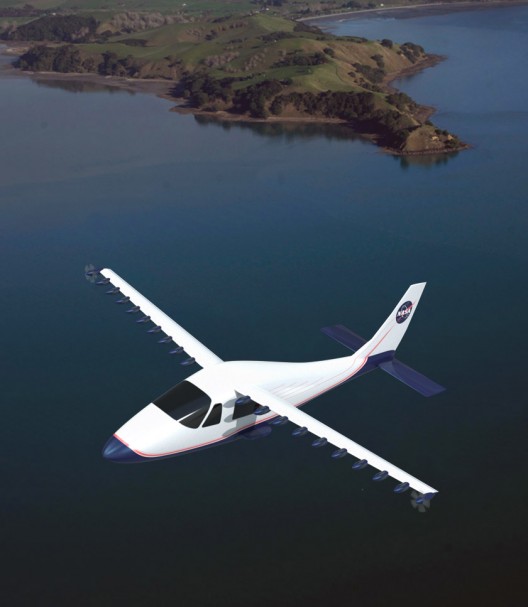 NASA’s LEAPTech, powered by 20 Joby motors, will offer the ultimate in multi-motor safety and performance

Topics include an update on the NASA LEAPTech aircraft being designed and built by Joby Aviation and powered by Joby motors.  This 20-motor (!) aircraft will achieve a high coefficient of lift from the motors that distribute thrust over the entire span.

Eric Lindbergh will talk about the Quiet Flight Initiative, a multi-pronged approach to designing and crafting airplanes quiet enough to be flown over national parks, areas now off-limits to noisy overflights.  This is one facet of Powering Imagination, the other two Electric Flight and Alternative Fuels.

Rendering of electric motorglider cruising quietly  above the Grand Canyon.  Embry Riddle students are helping with the implementation of this grand idea

Following the presentations, attendees will have an opportunity to meet with the presenters.

Other presentations planned for the Sun ‘n Fun Fly-in, AirVenture 2015, and additional venues show that the interest in electric aircraft is increasing, and with the willingness of industry leaders to share their knowledge, becoming a real presence in the aviation world.