Recycling is good.  Those empty beverage cans we turn in at the supermarket come back to us, newly reformed and filled with our favorite drinks – all at about 1/10th the energy cost of making the cans from fresh bauxite and generating all the electricity necessary for new aluminum stock.  Besides, aluminum ore is a limited resource, and finding and mining fresh supplies is ever harder and more expensive.

Lithium is an even more severe problem.  Used rechargeable batteries other scarce minerals such as cobalt, manganese and lithium-based electrolytes.  Most of the world’s supply of lithium seems to be in places not necessarily allied with U. S. interests.  Battery University says 70-percent of the world’s supply is in Bolivia, Argentina, Chile, Australia and China. Bolivia’s salt flats are in a mostly inaccessible area and would require building of major roads and extraction facilities.  Unfortunately that country is not on good terms with the United States.   China will want to protect its own drive to build electric vehicles for the world market.  America has limited supplies in Nevada, which are of great interest to Tesla motors, which will build its “gigafactory” in that state.

Possibly with anticipated demands from Tesla and the growing portable electronic market, Western Lithium is beginning production at the first of several planned projects, costing up to $300 million in mining and plant operations.

Between 2000 and 2010, lithium prices shot up tenfold “before stabilizing at $6,000 per ton in recent years,” according to the U. S.-based Lithium Exploration Group.   Western Lithium is counting on that increasing demand to justify its planned production of “up to 26,000 tons per year of lithium carbonate equivalent (LCE).”  The company claims this level of production will meet lithium demand for between 500,000 t over 1 million electric cars, depending on battery sizes. 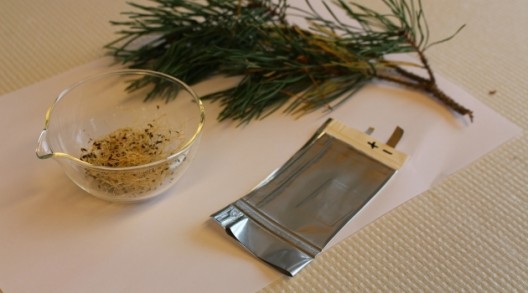 Uppsala’s battery can come from recycled and organic materials, then be recycled itself

With the ongoing threat that lithium supplies may wither through geopolitical friction, recycling may be as good for batteries as it is for beer cans.  Researchers at Uppsala University’s Ångström Laboratory in Sweden have created a type of battery that uses remainders from lithium cells that have run their course, and combined those with organic ingredients including pine resin and alfalfa.  According to the university, “The scientists have shown that the lithium extracted from a spent battery can be used for a new battery: all that needs to be added is more biomaterial. Their battery proved capable of delivering as much as 99% of the energy output from the first. With future modifications, this figure can very probably become even higher, say the researchers.”

Even the recycled battery can be recycled; much like a beverage can, “with a low energy input and non-hazardous chemicals, such as ethanol and water.”

Uppsala reports, “’We think our discovery can open several doors to more environment-friendly, energy-efficient solutions for the batteries of the future,’ says Daniel Brandell, Senior Lecturer at the Department of Chemistry, Uppsala University, one of the researchers behind the idea.”