Call it Kismet, but three aircraft builders in wide-spread locations have recently announced similar approaches to putting a pusher propeller on the tail boom of three different ultralight sailplanes.  Each enjoys the benefits of mounting a propeller on a rear portion of a pod-and-boom fuselage: streamlining the folded propeller into the wake of fuselage/wing junction, enabling use of a large propeller, and turning the prop slowly to get the greatest efficiency from a small motor.

Moyes Tempest from Down Under

“Bodex,” a pilot in Brisbane, Australia write, “A mate and I managed to acquire two old Moyes Tempests last year. Although they fly well for what they are, we wanted to see if it could be converted to electric in the hope of getting a self-launch from it. 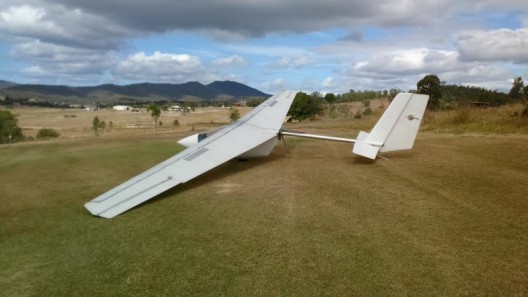 “Originally the idea was going to mount the motor behind the fuselage under the boom, but ground clearance was a problem. Then we thought nose mounting, ground clearance again…even with a dolly launch idea.

“We then thought about a boom mounted pusher prop…. The idea was to have the reduction pulley mounted on the tail boom using a roller bearing, the carbon prop blades then bolt to the pulley which is driven from the drive shaft below. 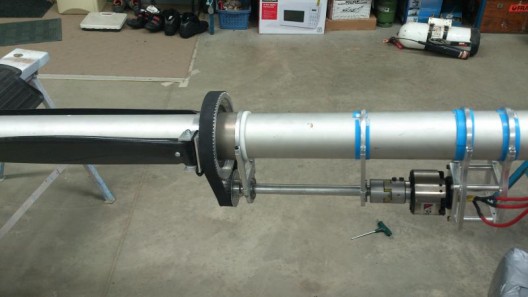 After a two-stroke engine failed to live up to hopes, the builders used an available Plettenberg predator 37 brushless outrunner from an electric trike and within 10 minutes, the airplane was ready for a test run.  The reduction drive was based on the gas engine’s 7,500 rpm to give about 2,600 rpm at the propeller.  The Plettenburg would require 65 Volts to turn over at the appropriate speed, “So I decided on an 18s[eries] lipo pack. I ordered 8x 8s 5800 mah packs from Hobby King and wired them to a [battery management system -BMS] in a 16s4p[arallel] configuration to give me 23.2Ah of usefulness. The pack came out at 7kg (15,4 pounds) and charges and balances through an inbuilt BMS.”

“To control the power I used an Alien power systems 450A speed controller. A linear pot running through a servo tester provides the signal. A [high voltage] contactor provides a safeguard between the battery and controller; two switches on the throttle quadrant control everything in the aircraft. A Vincon battery monitor provides data on power used, current draw, voltage, time to go, etc.”

Two test flights showed that at least after an initial aero tow the airplane could manage a 200 fpm rate of climb, even though full power was not available because of a programming error.  The second flight brought about an overheated controller, so the partners are taking time to regroup.

The Club d’Ultra Léger d’Alsace,  a group of French enthusiasts in Strasbourg, France, recently announced “A new concept of electric brushless outrunner motor mounted on the motor glider Sirius C with the motor around the tube fuselage and the propeller blades fixed on the outdoor circumference of the rotor. 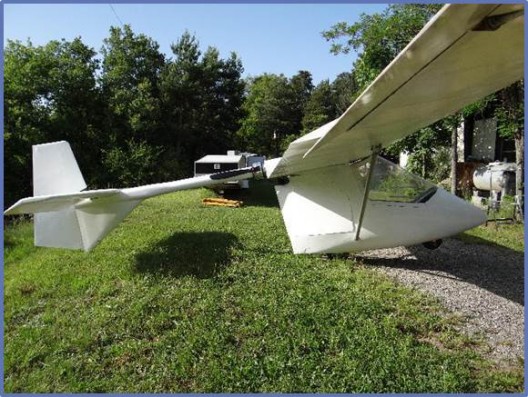 ”The advantages of such a solution are:

– Use [of] a large folding propeller

– Minimum drag of all motor and propeller 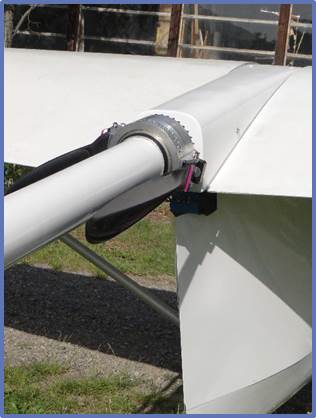 – Good ventilation of the motor and the controller

The batteries are housed near the motor in the very sharp cockpit profiling.”

Unfortunately, the club did not give further details on the motor, controller, or batteries used.

Dr.-Ing. Gerhard Friedrich Wagner from Kaiserslautern, Germany has a slightly more sophisticated version of this configuration in his GFW-4, a self-launching ultralight sailplane in the 120 kilogram (264-pound) class. 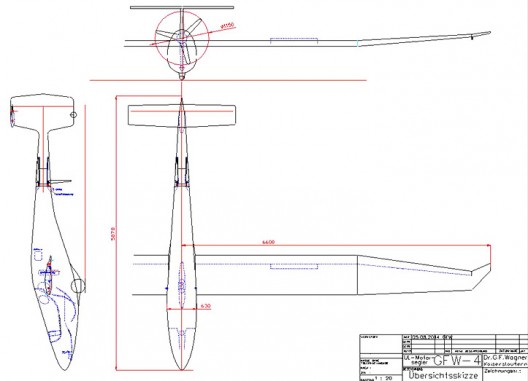 The rear half of the GFW-4 will include 10 kW outrunner motor, with the three-blade propeller “lay at rest, streamlined in the recesses provided in the co-rotating outer rotor sleeve.”  A “cooling air control,” mounted ahead of the motor, provides “sufficient cooling air.   The battery is in a separate, removable housing.

The fuselage is a sandwich shell made of plywood, foam, glass-reinforced plastic (GRP), and carbon-fiber reinforced plastic (CFRP).  Its 13.2 meter (43.3 feet) wing can enable the 239-kilogram (526 pound) airplane to reach a 34:1 glide ratio, certainly enough to find a thermal with a little electrical nudging.

Construction is well underway, and we’ll look forward to seeing how Dr. Wagner fares with his latest creation – and how similar efforts in France and Australia succeed.  Good luck to all!