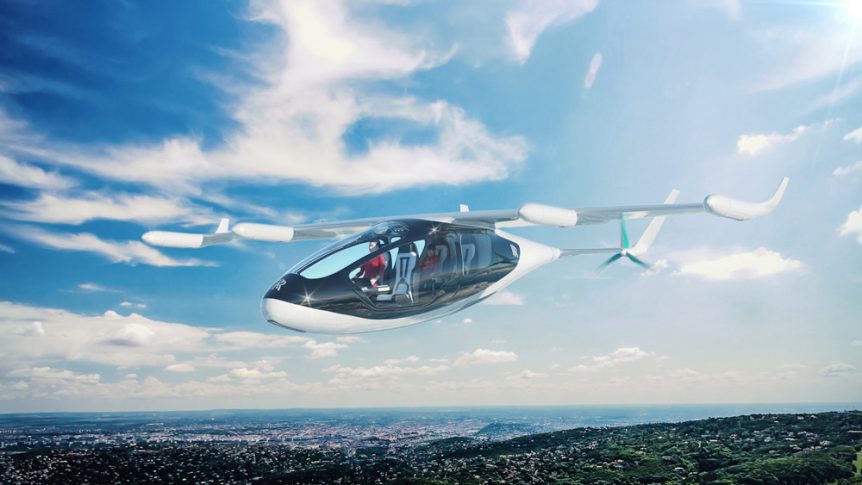 Rolls-Royce, famous for building engines such as the WWII Merlin that powered Spitfires, Mustangs, Mosquitos and Lancaster bombers, is engaged on three (or four) fronts currently, bringing hybrid electric transport to the skies.

Rolls is jumping into this crowded market segment with its concept for an electric VTOL (Vertical Takeoff and Landing) machine, powered by four electric motors on the wings and two on the tail.   With over 100 machines of varying configurations that might be the Uber rides of the future – according to Electric VTOL News, Rolls, normally a conservative company, is planning something a bit radical – even in this field. 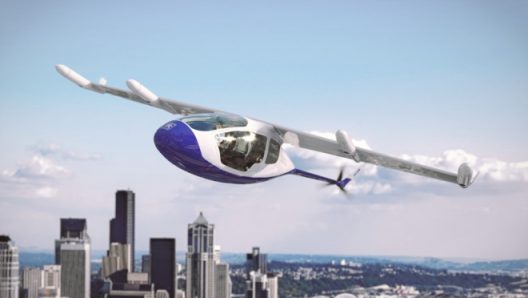 Rolls’ headline for this craft indicates a new direction for the firm: “Quieter, cleaner and potentially disruptive: EVTOLs prepare for take-off.”  Launching at Farnborough this month, Rolls’ machine and its goals are best described in their launch publicity.  “Rolls-Royce’s hybrid EVTOL concept is based around the M250, the engine of choice for roughly 125 types of fixed-wing aircrafts and helicopters. Used in both civil and defense applications, it’s logged 250 million flight hours over the past half-century. By adding an electrical generator, the M250 becomes part of a hybrid-electric propulsion system that can power a 4 to 5 person vehicle capable of traveling at 250mph over a range of 500 miles or more. The gas turbine generates 300-400kW of electricity while a battery system (making this a series hybrid system) can provide an additional 300-400KW for hover.”

Note the use of 50-year-old, but obviously well proven, turbine as a token to Rolls’ conservatism.  Note the proposed high speed and long range and realize the company wants to take eVTOLs to the next level.

Started by TEACO (The Electric Aircraft Company) in 2012, and supported by Williams Engineering, known for its Formula 1 automobile racing acumen, ACCEL flies on twin YASA motors developed at Oxford University.  It progressed from a single propeller to twin contra-rotating props, and has been adopted by Rolls-Royce to be “the centerpiece of Rolls-Royce’s ACCEL (Accelerating the Electrification of Flight) initiative.”

A high-speed melding of technologies from ElectroFlight, Williams Engineering, YASA Motors, and Rolls-Royce, ACCELL prototype should fly by 2020

Matheu Parr, manager of the ACCEL project for Rolls-Royce, explains,“It’s truly a global project, integrated across regions and skillset,” and will be supported by Electroflight Ltd (UK).

Roger Targett, Managing Director, Electroflight says, “We are delighted to be supporting Rolls-Royce with an integrated electric powertrain including an innovative energy storage solution.”

Chris Harris, CEO, YASA adds. “Thanks to our innovative axial-flux design, YASA can deliver the smallest, lightest electric motors for a given power and torque – opening up new and exciting opportunities for electrification in aerospace.”

Rob Watson, Director of Electrical, Rolls-Royce sees broader horizons growing from this project.  “We are delighted to be leading this research partnership. We are already investigating the potential of hybrid-electric propulsion, building on our existing expertise in applications such as hybrid trains and gas turbine-powered naval vessels, but this funding from the UK Government will enable us to explore the potential of all-electric flight.

As reported here last year, Rolls-Royce is working with Siemens and Airbus to adapt a BAE 146 light airliner to electric hybrid power for regional air transportation.  Using an existing airframe to test their replacement of one of the 146’s jet engines with an electric generator will speed up development, with the hope of meeting Rolls’ ambitious goal to achieve first flights in 2020.  This project seems like competition for Boeing’s Zunum program, with similar timelines but different configurations – Boeing starting with at least two “clean-sheet” designs.

And Maybe a Sporty Toy for the One Percent

Most surprising, and maybe just a bit apocryphal, Rolls and Aston-Martin released renderings of their joint project – a luxury machine with similar performance to Rolls’ commuter eVTOL, but a far swoopier look and the kind of machine towards which GQ and the Robb Report will direct one’s gaze.