Designing and building an airplane is a major undertaking, often taking a decade or more to complete.  Aleksey Sychev has completed two airplanes and at least two motors out of three planned.  Think about that – our Russian friend has built his own airplanes, motors, controllers, and battery packs.  The Russian engineer and teacher has even successfully flown his Efly 1A motor glider. 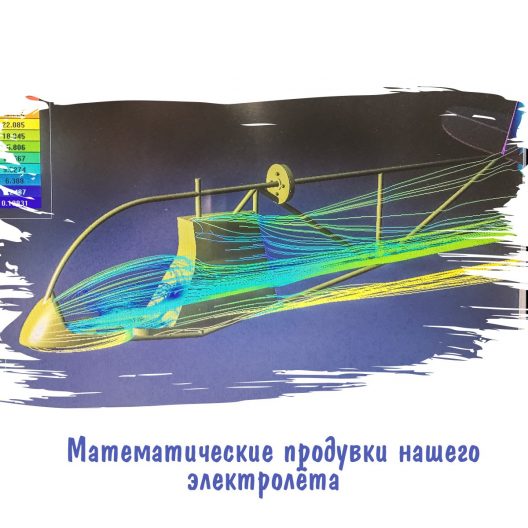 Aleksey recounts the day on his Facebook page.  “We tested the Efly-1a motor glider. The declared characteristics were confirmed: 9 take-offs were performed on one battery charge, then 3 flights over the strip. Operating time on a single charge is 5 minutes (3 takeoff and 3 cruise modes are included). This is in numbers. There were unreal feelings. Everything was easy and harmonious, the plane seemed to be telling us: “Relax and enjoy”, and indeed, as soon as you turn on the gas, you feel the pull behind your back. No problem except for a long picnic while charging the battery. With our weak charge, it took about 2 hours, but it could be several times faster.” 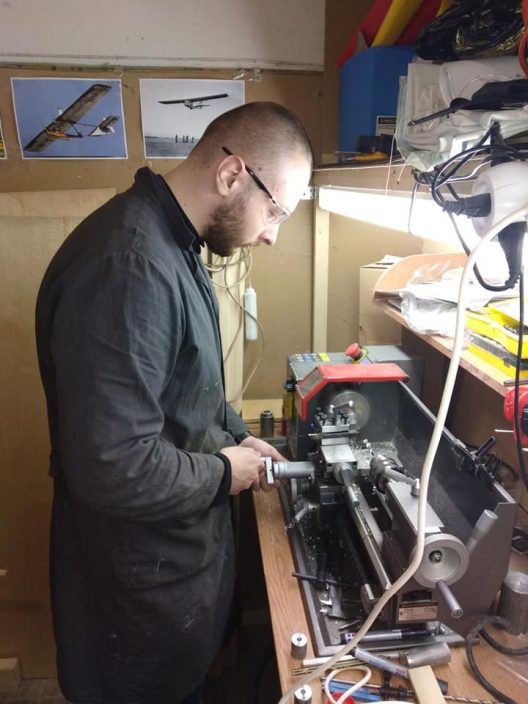 Marian Mikhailov, one of Aleksey’s students works with the Jet lathe

His busy day was the result of efforts starting in 1991 when he was 14 and heard on TV that there would be a homebuilt aircraft rally in Ukraine in the city of Chernigov.  His teacher accompanied Aleksey and “a couple of other guys” to this meeting.  A year later, Aleksey was flying a paraglider in the Crimea.  Later, he was joined by countryman Kirill Balyasny, who continues to collaborate with Aleksey.

Aleksey went on to obtain a degree in aeronautical science, and began teaching others.  He even trains students on the use of a small turret lathe used to make electric motor parts.

Starting with a LAK-16 primary glider and a winch, Aleksey and his team began getting in some air time.  It’s fairly obvious they took their ideas for motorizing the airplane from this simple glider.

Their airframe basis is a strut-braced high-wing aircraft, with a metal truss-type fuselage mounting a three-point spring shock absorber landing gear. The wings are fiberglass.  The craft’s designers actually included mounting a small engine to make it a motor glider.

Tests on the larger motor started with a 1.7-meter (5.6-foot), adjustable-pitch propeller (changed later to a 1.4-meter, or 4.6-foot, fixed-pitch unit) and run up to what we hope is only special-effects smoke level.  Aleksey commented, possibly with the dryness of a good Russian vodka, “Well, hello to Elon Musk! Who knows what our startup team will be like and our inventions in the field of electric aviation in a few years.”

The 9.5-meter (31.16-foot) span, 170 kilogram (375-pound) loaded weight glider has a 12:1 lift-to-drag ratio.  Adding the 18 kilowatt motor, controller and battery probably required going with a lighter pilot – the allowable weights being 45 to 90 kilograms (133 to 199 pounds), coupled with balance considerations for placement of electrical components.

Web pages explain, “The electric aircraft has two modifications, they differ in the wingspan, power and operating time of the power plane.  The first option is more suitable for training.  With the shorter 9.5-meter wing, one “can perform 8 independent flights (without a winch)” or stay aloft for four minutes.  The minimal battery pack allows only short hops.

With the 11-meter wing and larger motor, pilot weight can range from 60 to 90 kilograms (132 to 198 pounds), and with an apparently larger battery flight time rises to 30 minutes.  Empty aircraft weight with battery climbs to 115 kilograms (254 pounds).  Either version is compact and can be dismantled in an hour and stored in a standard garage with its tow vehicle.  The motor needs no maintenance other than battery charging, “almost like a phone.”  The designer concludes, “the cost of a 30-minute flight is 4 kilowatts of electricity, or one hamburger at McDonalds.”

We can hardly wait to see how the larger version with the larger motor and battery pack performs.