China Daily reports, “The world’s first electric passenger aircraft to gain an airworthiness certificate has been produced by China.”  Whether the “first” certification statement is true will probably become a matter of debate, with Pipistrel’s Alpha Electro being certified in France and seeking more general approvals from other countries including America.  Pipistrel has been selling a Taurus Electro G2 self-launching sailplane for the last several years, and makes the following claims for it.

“Taurus Electro G2 is the only electric 2-seat aeroplane in serial production available on the market. Furthermore, Pipistrel believes it is the only truly useful electric aircraft out there, because the electric drive is applied to the glider airframe, where battery capacity is not a limiting factor in performance/endurance. Taurus Electro G2 represents a leap forward in performance, safety, functionality and user friendliness.”

We noted the RX1E’s certification in the blog a few months ago.  It’s in production in China with the first two aircraft delivered to Liaoning Ruixiang General Aviation Company last month.  The company reports orders for 28 of the one-million yuan ($163,000) aircraft at this point, all in China. 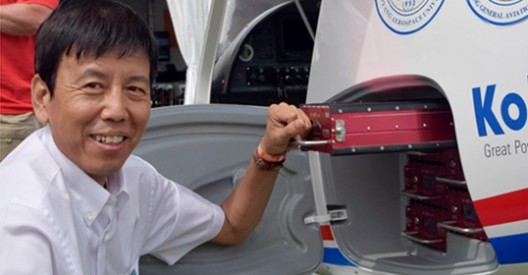 It showed up as a static display at this year’s AirVenture, and part of the Experimental Aircraft Association’s report by Randy DuFault explains, “Electric power systems are part of the ASTM LSA standard. That fact allowed Chinese aircraft manufacturer Liaoning General Aircraft Manufacturing Company to certify its RX1E two-seat, composite structure LSA in their home country.”  The Light Sport Aircraft designation allows a less rigorous medical regimen for pilot certification, but limits the airplane’s weight and performance.

Because the RX1E was designed from the start as a trainer, its 12 kilowatt-hour battery pack gives it an endurance of about 40 minutes, and its six battery packs can be swapped out in minutes, similar to the six on Pipistrel’s Alpha Electro. 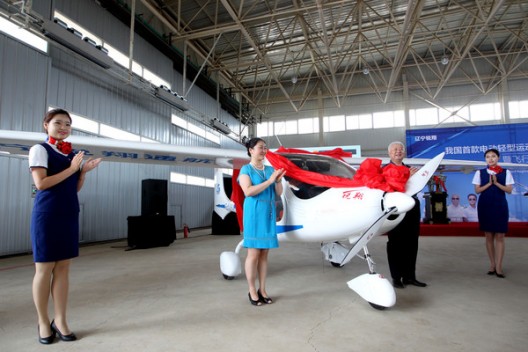 Liaoning General Aircraft Manufacturing Company is apparently working on a fuel cell program, perhaps as a way to extend the endurance and range on the machine.  Its cruise speed of 150 kilometers per hour (93 mph) and more probable pattern airspeed of 60 mph means it will live up to claims that its 12-kilowatt battery pack will give enough endurance for a series of touch-and-goes, perfectly suited to the needs of student pilots.

With Pipistrel on hold while the company searches for a supplier to replace the Siemens 85-kilowatt motor that graced Alpha Electro’s nose until a few weeks ago, America’s Aero Electric Aircraft Company has signed a deposit agreement with the Aero Touring Club De France for a “training system” that includes an unstated number of Sun Flyers and Redwing Flight Simulators.  The 100-year-old club’s 200 members fly out of the Toussus le Noble airport in the middle of a large urban area.  Quelling aircraft noise is important to the club’s continued operation. 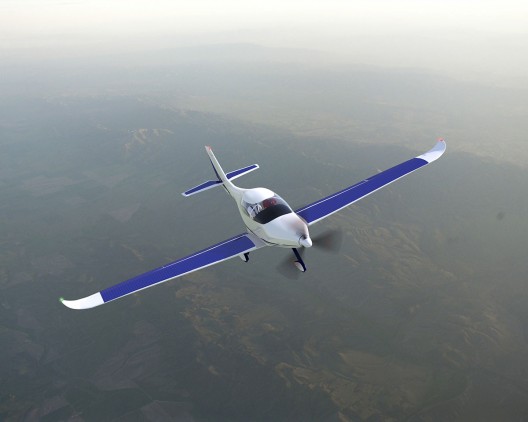 Jean Billioque, ATCF President, lists noise suppression and cost of operation [one-fifth those of a Cessna 172] as deciding factors in adding the Sun Flyer to the club’s fleet.  George Bye, President of AEAC, says “It is an honor to welcome ATCF as our first international customer.  The legacy and heritage this club brings to our Sun Flyer customer group is something we hold in high regard. Our goal is to help ATCF resolve the noise challenges they, and other training schools at general aviation airports worldwide, deal with every day.”

George’s presentation at the February 28 Powering Imagination symposium at Seattle’s Museum of Flight gave a great deal of information on the Sun Flyer, its development, and the collaborative efforts through which Bye and his leadership team obtained a positive working relationship with Federal Aviation Administration (FAA) rule makers.

George explained that the airplane will be certificated under FAR Part 21.17(b):

(b) For special classes of aircraft, including the engines and propellers installed thereon (e.g., gliders, airships, and other nonconventional aircraft), for which airworthiness standards have not been issued under this subchapter, the applicable requirements will be the portions of those other airworthiness requirements contained in Parts 23, 25, 27, 29, 31, 33, and 35 found by the FAA to be appropriate for the aircraft and applicable to a specific type design, or such airworthiness criteria as the FAA may find provide an equivalent level of safety to those parts. 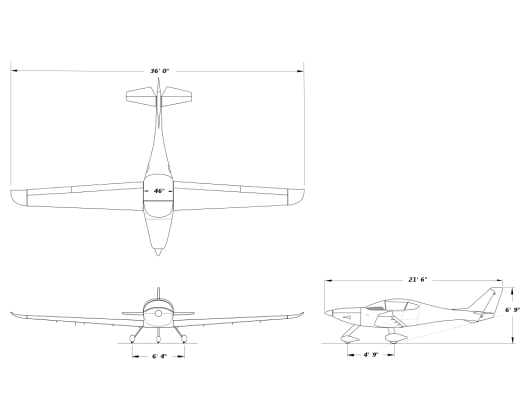 This portion of the rules allows certification for aircraft above and beyond weight and performance limits imposed under LSA regulations.  George says the airplane will be certified for day and night VFR operation, again perfectly suited to initial flight training.

At AirVenture 2015, Bye announced the Sun Flyer trainer prototype was beginning construction in Shelbyville, Tennessee at the shops of Arion Aircraft, which produces its own line of LS-! Lightning aircraft, a two-seat LSA.  Flight tests will continue with the single-seat proof-of-concept machine in Denver, Colorado while the two-seat airplane is being built.

(Illustrations for Sun Flyer were changed on August 2, 2015 to reflect the current design.  The original source for the design came from PC-Aero, Calin Gologan’s company in Germany.)