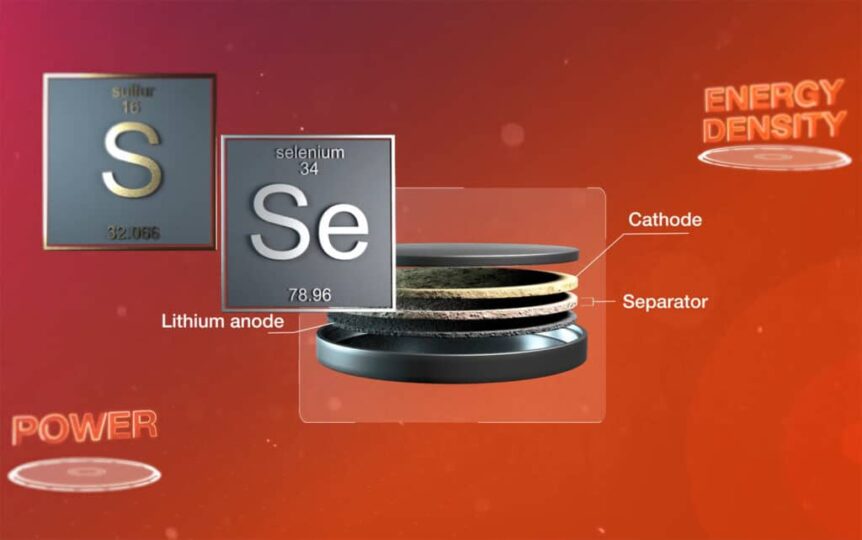 SABERS (Solid-state Architecture Batteries for Enhanced Rechargeability and Safety) is NASA’s approach to making batteries lighter, safer, hold more energy, and (we hope) be ready soon for flight.  In fact, SABERS batteries are intended specifically to meet the challenges of aircraft applications. 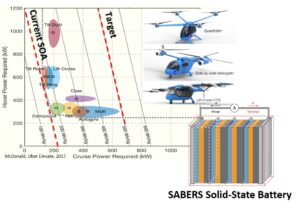 NASA TV reports, “Instead of housing each battery cell inside its own steel casing, as liquid batteries do, all the cells in SABERS battery can be stacked vertically inside one casing.  SABERS can do 500 Watt-hours per kilogram, double that of an electric car.”

Rocco P. Viggiano, one of the program’s researchers, explains, “Not only does this design eliminate 30 to 40 percent of the battery’s weight, it allows us to double or even triple the energy it can store, far exceeding the capabilities of lithium-ion batteries that are considered state of the art.”

NASA points out, “Unlike liquid batteries, solid-state batteries do not catch fire when they malfunction and can still operate when damaged, making them attractive for use in aviation.”  Additionally, these solid-state batteries can operate at a broader range of ambient temperatures without suffering from thermal runaway.

NASA’s successful testing and ongoing research have attracted interest, and the special skills of a spectrum of researchers.  Viggiano adds, “SABERS continues to exceed its goals.  “We’re starting to approach this new frontier of battery research that could do so much more than lithium-ion batteries can. The possibilities are pretty incredible.”  This has led SABERS researchers to partner with several organizations, as well as other projects within NASA Aeronautics, to continue this promising development. 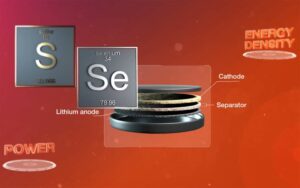 SABERS active ingredients are “a unique combination” of sulfur and selenium.  Viggiano noted two years ago that the combination yielded a battery that was cool to the touch and didn’t catch fire.  The battery is slimmer than lithium-ion cells and has better energy storage.

Since sulfur is a waste product of oil refining, its use is a grand example of upcycling.  NASA points out, “There are stockpiles of the element worldwide that are accessible and just waiting to be used. With some imagination, this waste product can be turned into something that powers environmentally friendly vehicles.”

Clean Technica adds to the benefits.  “…Consider the NASA battery uses no cobalt, nickel, or manganese – all components of most conventional lithium-ion batteries that are in short supply and rising steadily in cost.”  This would have the added benefit of avoiding the use of materials from conflict zones, or those mined by children.  Theoretically, we could even see a drop in battery prices for this type of cell.

That’s not a misspelling of “holy.”  Holey graphene has holes to allow air to pass through.  It has a high degree of electrical conductivity.  Even better, the holes allow insertion of active materials like the selenium and sulfur that comprise the solid electrolyte. 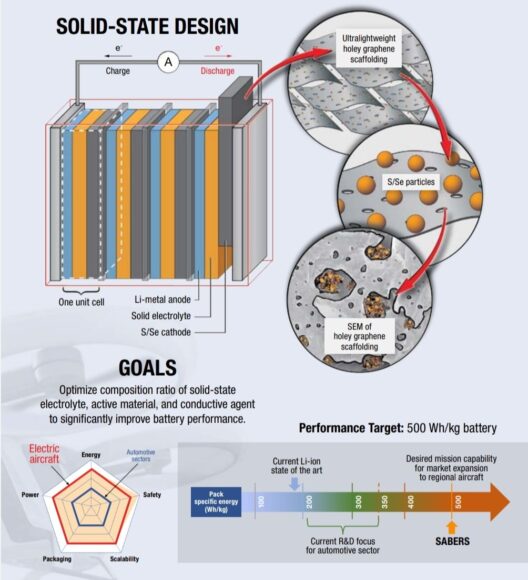 Acting as a “scaffold” into which active ingredients selenium and sulfur can nestle, holey graphene makes a potent electolyte

Clever packaging, available and relatively inexpensive materials, and the promise of continued exploration of solutions focused on aviation applications make this NASA breakthrough one to watch.  We look forward to seeing it in production – and soon, please!