Dr. Ann Marie Sastry, CEO of Sakti3, Inc. of Ann Arbor, Michigan, has been quietly working on a high-energy-density battery that would use mass production platforms with “fully scalable equipment” that would take us to the next level of development. 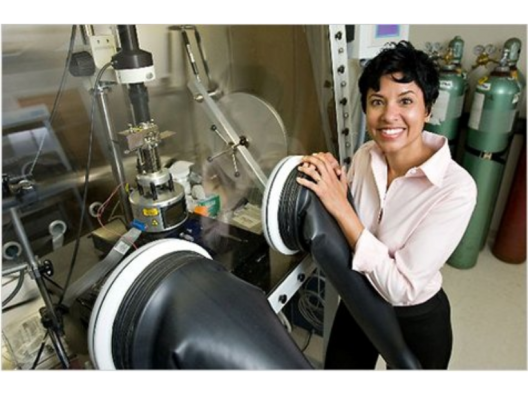 Sakti announced this week that its new battery can store over 1,100 Watt hours per liter (Wh/l) in volumetric energy density, about two to four times that for conventional cells.  Scientific American reports 1,143 Wh/l.  According to Sakti’s release, “This translates to more than double the usage time in a wearable device like a smartwatch, from 3.5 hours to more than 9 hours. It also translates to almost double the range in an EV like the Tesla Model S, from 265 miles to 480 miles.”

Besides the performance improvement, Sakti claims to be able to produce the new, solid-state battery that would rely on a “full scale plant layout to avoid any high cost materials, equipment or processes.”  Professor Wei Lu from the University of Michigan is a battery expert knowledgeable about the process – and also having no financial or other interest in Sakti3. “It’s not either/or in cost and performance in batteries anymore – Sakti3 has both. They built a really high performance device on a really low cost platform – like building millions of high end processors in a factory that produces ordinary plastic wrap. It was quite a scientific feat.”

He vouches for the accuracy of the Sakti numbers.  “They have a very rigorous testing facility.  Their results are highly impressive and very accurate.”